Posted in: News and Opinions, The Reel World by Gino Sassani on January 5th, 2010 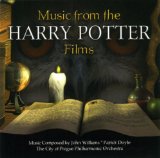 News and Opinions
The Reel World

As we head into the movie release year of 2010, we understand you might like a handy reference guide to show you the various films coming this year to cinemas near you. Upcomingdiscs has done all of the work for you. Here is a comprehensive look at the films scheduled so far for 2010.

Feel free to bookmark the post and refer to it throughout the year.

Remember that release dates are not static and often change. This post represents the schedule as of January 2010.

I will try to update it each quarter.

The Book Of Eli, The Spy Next Door, Fish Tank

Extraordinary Measures, Legion, The Tooth Fairy, To Save A Life, Creation, The Paranoids

Edge Of Darkness, Saint John Of Las Vegas, North, When In Rome, Off And Running, The Weathered Underground, After Dark Horrorfest (in selected areas).

Our Picks for Jan: The Book Of Eli and Legion

The Wolfman, My Name Is Khan, Valentine’s Day, The Lightning Thief, A Prophet

Cop Out (old title: A Couple Of Dicks), The Crazies, The Yellow Handkerchief, Takers.

Our Picks for Feb: The Wolfman (remake) and The Crazies (remake)

Remember Me, She’s Out Of My League, Our Family Wedding, Green Zone, The Exploding Girl, Greenberg, Mother, Tales From The Script.

Clash Of The Titans, How To Train Your Dragon, The Eclipse, Terkel In Trouble.

Our Picks for March: Clash Of The Titans (we’re crossing our fingers here) and Alice In Wonderland.

Diary Of A Wimpy Kid, The Last Song, Fury Vengeance, Mary Mother Of Christ, Repo Men, Tyler Perry’s Why Did I Get Married Too, Breaking Upwards, Warlords.

Date Night, The Square, The Losers,

The Back Up Plan, Death At A Funeral, Piranha 3D, Kick Ass, The Joneses, Rosencrantz & Guildenstern Are Undead.

A Nightmare On Elm Street

Our Picks for April: Wall Street 2 and A Nightmare On Elm Street (remake)

Prince Of Persia, Sex And The City 2.

Our Picks for May: Iron Man 2 and Robin Hood.

The A-Team, The Karate Kid, Get Him To The Greek.

Our Picks for June: Toy Story 3 and Killers.

Knight And Day, The Last Airbender.

Our Picks for July: Predators and The Sorcerer’s Apprentice.

The Other Guys, Step Up.

Our Picks for August: The Expendables and Priest.

The American, Born To Be A Star.

Guardians Of Ga’Hoole 3D, You Again.

No Picks for Sept.

Alpha And Omega, Your Highness.

Going The Distance, The Zookeeper, Secretariat.

Our Picks for Nov: Harry Potter and Unstoppable.

Chronicles Of Narnia: The Voyage Of The Dawn Treader.

The Green Hornet, Life As We Know It, Gulliver’s Travels.

Our Picks for Dec: Narnia, Tron: Legacy, and The Green Hornet.

Underworld 4 in January, Spider-Man 4 and Thor in May, Green Lantern and Cars 2 in June, Transformers 3, Captain America, and Harry Potter finale in July, Marvin The Martian in October.

Gino Sassani is a member of the Southeastern Film Critic's Association (SEFCA). He is a film and television critic based in Tampa, Florida. He's also the Senior Editor here at Upcomingdiscs. Gino started reviewing films in the early 1990's as a segment of his local television show Focus. He's an award-winning recording artist for Omega Records. Gino is currently working on his 8th album Merchants & Mercenaries. Gino took over Upcomingdiscs Dec 1, 2008. He works out of a home theater he calls The Reel World. Favorite films: The Godfather, The Godfather Part II, The Body Snatcher (Val Lewton film with Karloff and Lugosi, not the pod people film), Unforgiven, Gladiator, The Lion King, Jaws, Son Of Frankenstein, The Good, The Bad And The Ugly, and Monsters, Inc.
12 Days Of Christmas Giveaways: Dance Flick Call of The Wild – 3D