Posted in: News and Opinions, Release Announcements by Gino Sassani on March 21st, 2011

Today began the first official day of shooting on the back-to-back Hobbit films.

The same day, the Blu-ray editions of the Lord Of The Rings Trilogy finally have a date. On June 28th you’ll be able to own the extended films in a 15 disc set. You can pre-order yours now and lock in the price. You’ll also be doing your part to keep Upcomingdiscs on the net. Just follow the Amazon link underneath the cover art (^).

Enjoy a couple of photos from Peter Jackson’s Facebook page on the set of the Hobbit production. (click on image for larger version) 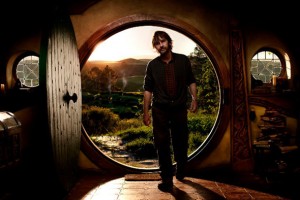 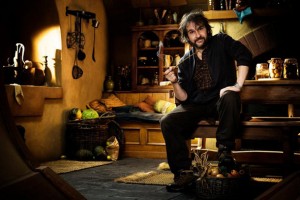 Gino Sassani is a member of the Southeastern Film Critic's Association (SEFCA). He is a film and television critic based in Tampa, Florida. He's also the Senior Editor here at Upcomingdiscs. Gino started reviewing films in the early 1990's as a segment of his local television show Focus. He's an award-winning recording artist for Omega Records. Gino is currently working on his 8th album Merchants & Mercenaries. Gino took over Upcomingdiscs Dec 1, 2008. He works out of a home theater he calls The Reel World. Favorite films: The Godfather, The Godfather Part II, The Body Snatcher (Val Lewton film with Karloff and Lugosi, not the pod people film), Unforgiven, Gladiator, The Lion King, Jaws, Son Of Frankenstein, The Good, The Bad And The Ugly, and Monsters, Inc.
Contest: Warner Brothers Yogi Bear On DVD Daniel Tosh: Happy Thoughts