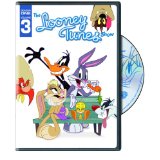 Bugs Bunny and his special Looney Tunes friends have been around for a long time. He first appeared in 1938 in his most familiar form. During the second World War he was a popular choice with the fighting men. Many of the cartoons of the era were patriotic, and some might even call them propaganda. They certainly pushed the war effort in a supportive way. When the war was over Bugs and his pals took on a wide range of subjects. Often movie stars were spoofed, and the series of shorts soon became a satire on the pop culture of the time. It’s hard to really see it now, but Bugs and Looney Tunes were the South Park of their time, and no institution or celebrity was safe from being spoofed.

The cartoons have evolved over the years and have practically given Warner Brothers their identity for over 80 years. The characters still thrive. They do advertisements, and every now and then a new Looney Tunes cartoon show makes its debut. The Looney Tunes Show was one of those more recent entries in the franchise.

This series premiered as recently as 2011 and airs on The Cartoon Network. This third volume set includes 4 episodes with multiple cartoons in each:

Daffy is trying out to play the part of Foghorn Leghorn in a movie about his life. He only ends up in a fight with the real Foghorn. Bugs and Yosemite Sam find a treasure they think could be worth a million bucks. Both end up fighting over the treasure, and the two fights end up turning into one big fight.

Bugs is in a bachelor auction, and Lola Bunny ends up bidding $100,000. They end up in Paris where Lola tries to seduce him with the sights. Meanwhile, Granny bids on Daffy to have him clean her attic.

Daffy is envious when he learns that Bugs is making a good living from an invention. He decides to invent his own moneymaker. Of course, he can’t come up with any ideas of his own, so he steals Bugs’s notes and ends up getting them both in trouble.

Daffy cheats on a contest and wins a romantic date for two. Of course, he doesn’t have a date. Lola helps him to swoon his intended but starts to fall for him herself. She starts to stalk Daffy and in turn gets Bugs jealous.

Each of the cartoons is presented in a 1.78:1 aspect ratio. These are much more modern cartoons, and the presentation is much brighter than a few of these other releases. There is minimal compression issue, and the show looks pretty much the way it did on television.

The Dolby Digital 2.0 track is pretty much a dialog presentation.

It’s nice to see how little these characters have changed over the years, although the Foghorn Leghorn episode did get the characters their first PG-TV rating because of the extended fistfight. Still these are quite safe for the young ones with little of the common toilet humor and more character humor. “Get your mind out of the gutter.”

Gino Sassani is a member of the Southeastern Film Critic's Association (SEFCA). He is a film and television critic based in Tampa, Florida. He's also the Senior Editor here at Upcomingdiscs. Gino started reviewing films in the early 1990's as a segment of his local television show Focus. He's an award-winning recording artist for Omega Records. Gino is currently working on his 8th album Merchants & Mercenaries. Gino took over Upcomingdiscs Dec 1, 2008. He works out of a home theater he calls The Reel World. Favorite films: The Godfather, The Godfather Part II, The Body Snatcher (Val Lewton film with Karloff and Lugosi, not the pod people film), Unforgiven, Gladiator, The Lion King, Jaws, Son Of Frankenstein, The Good, The Bad And The Ugly, and Monsters, Inc.
Frida (Blu Ray) The Lion King 1 1/2 (Blu-ray)