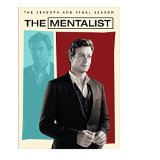 The Mentalist was once the highest rated drama on television. There was a lot to like here, as I’ll discuss throughout this review. But I think most of us had gotten a little sick and tired of the Red John story. The show milked the single case for over five years, and the fan base had dissolved to the point that the once #1 show has been on the bubble for the last two seasons. Fans’ patience had worn thin, but at long last the show’s producers discovered what we’ve known since the second season. It was time to get Red John gone and move the show in another direction. If the show was going to survive, it was now or never. What you likely didn’t see coming was a two-year jump in time and a retooling in the middle of an ongoing series. Alas, it was not enough, and The Mentalist finished its final season with just a dozen new episodes.

The CBI has been disbanded because of its corrupt leader, and our characters have all gone their separate ways. Rigsby (Yeoman) and Grace (Righetti) are married with kids and running their own security firm. They do return very briefly for the show’s finale.

Jane, Lisbon and Cho return with last year’s new members. Rockmond Dunbar is the FBI Agent in Charge Dennis Abbott. The requisite technology geek is Agent Jason Wylie, who doesn’t understand why his nickname is The Coyote. Obviously he didn’t watch a lot of cartoons as a kid. He’s played by Joe Adler. The final season adds Josie Loren as Agent Michelle Vega. She’s the enthusiastic rookie who has that “put me in, coach” attitude. She’s teamed up with Cho, which makes for some of the better gags. There’s entirely too much flirting with Wylie.

The episodes have now become more procedural formula than before. Baker continues to dominate, but there are some changes in the character that I think have watered him down just a touch. The romantics in the fan-base will be pleased with how the series winds its way toward the show’s finale. It’s certainly one of those romantic story arcs. It lends to a feeling of serious padding on the two-part finale.

It’s obvious the show runners knew they were ending the show, so there is some feeling of closure to be found here. The limited run also takes chances with longer story arcs that add some cohesion to what could have been a very disjointed season. Dylan Baker gets a couple of episodes to play a foil for Abbot. His wife is heading into confirmation hearings to be the Undersecretary of Commerce. Abbott has a skeleton, and Baker’s character plans to exploit it. That’s when it helps to have friends like Patrick Jane. The final three episodes deal with a serial killer that is not Red John (imagine that) and leads to a few memorable moments. You get a few deleted scenes and a 12-minute profile on Patrick Jane. All in all, it’s a pretty good send-off release. After all, “We couldn’t go on doing this forever, could we?”

Gino Sassani is a member of the Southeastern Film Critic's Association (SEFCA). He is a film and television critic based in Tampa, Florida. He's also the Senior Editor here at Upcomingdiscs. Gino started reviewing films in the early 1990's as a segment of his local television show Focus. He's an award-winning recording artist for Omega Records. Gino is currently working on his 8th album Merchants & Mercenaries. Gino took over Upcomingdiscs Dec 1, 2008. He works out of a home theater he calls The Reel World. Favorite films: The Godfather, The Godfather Part II, The Body Snatcher (Val Lewton film with Karloff and Lugosi, not the pod people film), Unforgiven, Gladiator, The Lion King, Jaws, Son Of Frankenstein, The Good, The Bad And The Ugly, and Monsters, Inc.
Taken 3 (Blu-ray) The Gambler (Blu-ray)