Posted in: Uncategorized by Gino Sassani on July 25th, 2016

That’s right. We’re heading back to The All American Bikini Car Wash once again. Seems my car keeps getting dirty these days. This time we’re talking to the guy who started it all (in the film). Tom McLaren plays Professor Dugan. He’s the one who offers the extra credit if Jack can turn a profit with his car wash. Obviously, the prof. wasn’t expecting this… I had the opportunity to spend some time talking with Tom. He was also involved in the marketing which has driven this little title into the top 15 in home video sales. He talks about that and his many other projects. He’s got a wonderful book out with classic continuity pictures from the Fox vaults. It’s co-written with Angela Cartwright. You’re going to want to hear this. Bang it here to listen in on my chat with Tom McLaren

Want to learn more about Tom?: 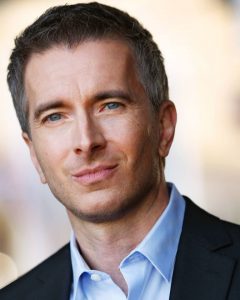 Gino Sassani is a member of the Southeastern Film Critic's Association (SEFCA). He is a film and television critic based in Tampa, Florida. He's also the Senior Editor here at Upcomingdiscs. Gino started reviewing films in the early 1990's as a segment of his local television show Focus. He's an award-winning recording artist for Omega Records. Gino is currently working on his 8th album Merchants & Mercenaries. Gino took over Upcomingdiscs Dec 1, 2008. He works out of a home theater he calls The Reel World. Favorite films: The Godfather, The Godfather Part II, The Body Snatcher (Val Lewton film with Karloff and Lugosi, not the pod people film), Unforgiven, Gladiator, The Lion King, Jaws, Son Of Frankenstein, The Good, The Bad And The Ugly, and Monsters, Inc.
Lights Out The Dark Horse