Posted in: News and Opinions by Gino Sassani on October 31st, 2016 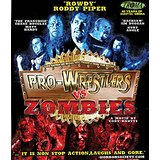 Our 31 Nights Of Terror comes to an end. The decorations contest did not go as well as we hoped. There won’t be any voting because we only had one entry. The winner of a Troma 3-Blu-ray set is Paul Blacker with the following winning photo: 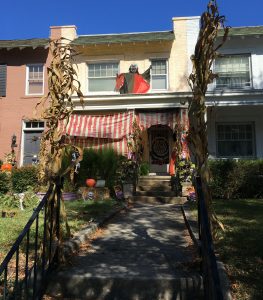 There is still time to enter our other many contests.

Thank you for another 31 Nights Of Terror.

Gino Sassani is a member of the Southeastern Film Critic's Association (SEFCA). He is a film and television critic based in Tampa, Florida. He's also the Senior Editor here at Upcomingdiscs. Gino started reviewing films in the early 1990's as a segment of his local television show Focus. He's an award-winning recording artist for Omega Records. Gino is currently working on his 8th album Merchants & Mercenaries. Gino took over Upcomingdiscs Dec 1, 2008. He works out of a home theater he calls The Reel World. Favorite films: The Godfather, The Godfather Part II, The Body Snatcher (Val Lewton film with Karloff and Lugosi, not the pod people film), Unforgiven, Gladiator, The Lion King, Jaws, Son Of Frankenstein, The Good, The Bad And The Ugly, and Monsters, Inc.
“31 Nights Of Terror” The Id (Blu-ray) Tuesday Round Up: November 1, 2016