Posted in: No Huddle by Archive Authors on October 2nd, 2015 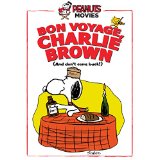 Charlie Brown and his gang of friends are at it again; this time the crew must go to France for a foreign exchange program. Before his journey begins, Charlie Brown receives a strange letter from France telling him to come and stay at a Chateau. Little does Charlie Brown know, he is going to an infamous Chateau in this small French community, which is notorious for not allowing visitors. Charlie Brown and Linus sleep outside in a stable with no sign of anyone actually living at this place, but they are still provided food each morning by some unknown entity. It is up to Charlie Brown to find out who this person is, and why he has been forced into sleeping under such conditions.

It would really behoove audience members to do some research on this certain Peanuts installment rather than going in blind. It put a new perspective on the film for me after reading some articles about it, and made me rethink a few of my points; for instance, this is the fourth and final Peanuts movie that was overseen by Peanuts creator Charles M. Schulz. This lets me know that I might expect some different behavior from certain characters or different tones in general. One such occurrence came when I actually heard the voices of the teachers, rather than the classic “wa-wa-wa” that was used for their voices prior. It was also nice to know that this movie served as an epilogue for an episode called What Have We Learned Charlie Brown? which I reviewed in a Peanuts collection prior to this.

With all of that in mind, let’s talk about how good this movie is. Classic jokes that we are used to seeing from the Peanuts are in full force here, like when we are treated to a scene of Charlie Brown trying to figure out how to get a baguette through a door that is too small. He goes to get his bread, walks out the door, the bread breaks in the doorway. He gets another loaf of bread, gets it out to the group’s car and Snoopy slams the car’s hood on a section of the bread, causing Charlie Brown to become dismayed. Snoopy is still the most interesting dog in the world, even more so in this movie. In the span of the film we find out that he has a membership to Wimbledon, only flies first class, and has a very eclectic music taste. Speaking of the music, a lot of the songs in this are accented more than any other parts of the movie. We are treated to a very drawn out scene of Snoopy crying/dancing at a Sports Bar when he plays songs on the jukebox. Luckily the music is good. Very classic, and fits well in a cartoon genre by having a distinct tone. If the music is meant to make you happy it will be more up tempo, sad will be lower tempo, and if it is meant to be awe-inspiring it will have lyrics. I also liked how fitting an end this seemed for Charles Schulz. The ending of this movie has Charlie Brown portrayed as a hero. Throughout all of this series Charlie Brown is thought to be the outcast, a blockhead, hopeless, or just outright troubled, but here he gets to rise above that stigma. It does my heart good to see Charlie Brown win once.

Some moments might raise questions like: why is Peppermint Patty part of an exchange program when she proves to be a bad student in class? If audience members can remember that this is a show in which portrays a dog that drives a car, plays tennis, and makes elaborate disguises, I think those questions won’t pose a problem.

Remember when I said the words “sports bar” earlier in the review? Well, that’s something that is actually related to the bad column as well. This movie is definitely showing its age in certain scenes; one in particular is at the beginning of the film where a mysterious figure is seen leaving the sports bar and getting into his car. This isn’t a value that parents would like shown in cartoons today, and if this was shown in a cartoon today the cartoon in question would most likely be cancelled swiftly after. This isn’t the only scene that shows some major age-defining moments. While on the plane to France, Snoopy is sitting in first class to find that Woodstock has hitched a ride in his carry-on bags. The two rejoice, but Snoopy hears a flight attendant coming in his direction and must hide Woodstock in an ashtray since no better places are available. This isn’t necessarily an inappropriate scene for children like the aforementioned, but since all ashtrays on flights are welded shut for commercial airlines, I sincerely doubt anyone from the upcoming generation is going to know about its original purpose. If you mix this with extremely dated animation, then I doubt that you can get any child seriously interested in the series based solely on this movie.

In the end, this is a definitive piece to any Peanuts fan’s collection. It won’t appeal very highly to children of today’s day and age, but there are plenty of moments to keep true fans happy.