Posted in: Hardware Reviews by Archive Authors on October 15th, 2003

Zu is a relative newcomer to the audio industry, launched at the 2000 CES in Las Vegas and based out of Ogden Utah. The owners, designers and engineers for Zu have worked in the audio industry since the mid 1990’s for such high-end manufacturers as Kimber Cable, Talon Audio and Wasatch Cable Works. They have a number of proprietary technologies that are trade secrets and their products are mainly available on-line which helps to provide the end user with a higher quality product at a low…r price and hey….that is the name of the game.

The cable comes shipped in a simple Zu logo embroidered red polyester bag, as I have stated before just like a cable should, I want to know that when I hand over my money it is for the performance and not the package. There are overbuilt products and then there is this cable. I don’t think I have ever seen a cable as well built as this power cord before in my life. We have better then hospital grade connectors with perfect fit and finish, 9 AWG (pole avg. conductor) proprietary high conductance silver alloy conductors that also use Zu’s B3 cable geometry and more engineering then what goes into most components. The cable is unusually stiff which I guess would have to do with heavy sold core conductors instead of fine stranded; anyways this cable looks and feels like it should for $399 US.

On the Zu website product information it states that the Mother power cord will improve the performance of nearly all audio electronic devices so I decided to go about this test a little differently. I tested this cable both with my home system by replacing the power cord on my receiver and I also used it to replace the power cord on a plasma television. So first let’s look at the television, to say I was shocked when I turned on the television after plugging in this cable would be an understatement. After readjusting the picture controls on the TV (the first thing I noticed before doing any adjustments was that the image was noticeably brighter) I saw vastly improved black levels and contrast ratios resulting in the best image I have ever seen on a plasma TV before, it literally looked nothing like it had with the stock power cord. With my audio system I did notice improvements just not as dramatic as with the TV, there were considerable improvements in dynamics and bass power as well as bass quantity. Treble was noticeably smoother and more refined and the midrange seemed to gain a little more silky smoothness. I also noticed a tighter soundstage that showed a lot more of the ambience of the recording. I have to admit being the skeptic I am I was seduced by this cable.

So to restate what I have said before, when I review a product I always consider would I buy this for my own system. With this power cord it is a tough question, if I owned a plasma TV I would buy this cable in a heart beat because the performance gains where incredible. If I owned a much higher-end audio system I again would also buy this cable for all of my gear, for my current system…..that is a tough question. I do however recommend that you audition this product as it is worth every penny and then some. 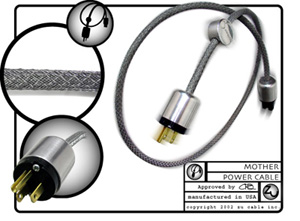 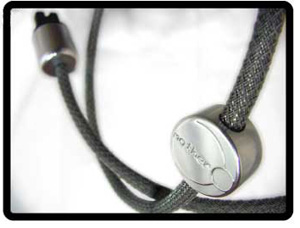 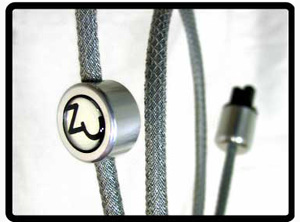 Sanford and Son – The Third Season Freezerburnt Christmas, A