How much did you like Judge Dredd? NOT AS MUCH AS THIS GUY

Kevin Goldsmith – the builder, pictured above also knows *a lot* about Judge Dredd, including the original desire to cast Clint Eastwood in the roll later filled by Stallone:

“Judge Dredd was created by 2000 AD Editor Pat Mills and John Wagner – the latter partly basing the concept on a futuristic. Dirty Harry ‘type’ character, portrayed in the 70′ s films by Clint Eastwood. A few years later, with Dredd’s continuing popularity, and with Superman holding his ground well against the groundbreaking technical achievements of Star Wars, proving that superhero films were still profitable, and with the possibility of either a Judge Dredd film or T.V. show being talked about, an opinion poll was conducted ~ 2000 AD to find the most popular actor that the readership felt should fill the role – Clint Eastwood came out as the most popular choice. No doubt this was mainly due to his previous experience of playing characters who mainly worked alone and who, whilst not over stepping the mark-well not too much anyway, handed out their own form of justice, and were also, in the main, incorruptible and unbribable.” [from 2000AD]

That reminds me of another picture I have kicking around… Eastwood got: 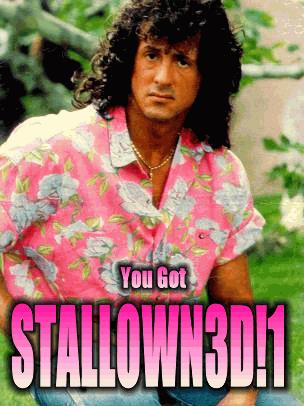