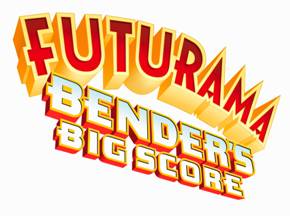 Direct to DVD comes #1 of 4 direct-to-DVD Futurama feature length movies – “Bender’s Big Score.” Of note: lots of PR flackery over the fact that this production is “carbon neutral” with Fox apparently ponying up for offset credits against CO2 releases from energy and materials used in production. The extras (after the jump) also include a “Terrifying Message from Al Gore” – Huzzah!

Uncancel your plans for the future — Futurama is back! In this all-new, feature-length epic, evil nudist aliens send Bender on a rampage through time, forcing him — slightly against his will — to steal all of Earth’s priceless historic treasures. Will the heroic Planet Express crew save the planet? Will Leela find true love? Will the ancient and terrible secret of Fry’s buttocks be exposed? All will be revealed in Futurama: Bender’s Big Score, the greatest adventure of our time, and also the greatest adventure of several other times! In the words of a certain beer-fueled robot . . . “We’re back, baby!”