Posted in: No Huddle by Archive Authors on October 15th, 2013 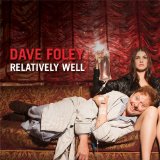 Dave Foley is something of a celebrity, not to overstate the fact. He starred in a famous skit comedy show (Kids in the Hall) and sitcom (News Radio).  He’s not like super-huge famous, but he has a strong cult following. He also looks like the sweetest and least objectionable person in the world. I say he looks like that. He may be the sweetest person in the world, but he is definitely not the least objectionable person in the world. His standup DVD clearly tries to dispel the notion that he doesn’t hold a lot of objectionable views. This DVD is definitely not for everyone. If you’re a very religious and conservative person, this DVD is not for you.

Dave starts of by saying he is not gay. He feels he has to say this, but apparently a lot of people think he is gay, probably because he wore a lot of dresses on Kids in the Hall and was very good at playing women. This leads him into covering sexuality in great detail and in all its awkward glory. He doesn’t shy away from covering many very intimate moments from his own life. So let’s just say lots of bad words are used. He may be sweet, but he’s pretty raunchy.

Dave also tackles God from many angles. At first you’re not exactly sure how he feels, but eventually it becomes clear he’s not a big fan. It goes without saying that religious people might have ample reason to be offended, but again Dave seems like a very sweet person. Dave also moves on to tackle his very strong feelings about politics, and I will bet a large sum of money (for me, that would be 25 dollars) that if you are a member of the Tea Party you will hit the roof.

Dave also deals with a lot of his personal problems which seem to revolve around his ex-wives. Like many divorced men, he harbors many regrets. Dave also uses the N-word as well as using the word that the N-word is code for. But ultimately he has to stop the show and reveal something shocking and maybe unforgivable about himself. It is something that he feels is not tolerated in modern society. He’s smart. I’m sure many people will debate that after seeing this concert, but he has a point. Society is not open to smartsy-fartsy (non-words that not-smart types might use) types. He is fully aware of that this is a little bit of a problem. Of course, there are lots of smart people in the world but sometimes doesn’t seem so. Dave gives a considerable amount of time over to the wonders of science.

Throughout the show is clearly biting but not always hilarious (to disagree slightly with the blurb on the cover of the DVD). Some of it is hilarious, in fairness, but some of it is a little on this side of disturbing. Still, the picture of the man lingers. He has a big and sunny cherub face. He has an infectiously innocuous smile that says “I’m a harmless, nonthreatening man”.  And Dave cannot help projecting that image, but he can help what comes out of his mouth. Dave makes every effort with this DVD concert to say, “I’m a somewhat deranged and aggressive mind with little concern about what some people might think of me”.

Dave is aware that some of what he says will offend. Comedy today is generally accepted to be full of offensive material. Still, I feel it is my job to issue a warning. So you have been warned. Do not be lulled into complacency by that adorable smile. This man uses words dangerously.