Posted in: No Huddle by Brent Lorentson on January 4th, 2016 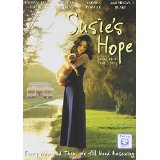 Over the years it’s become a bit of a trend to read headlines discussing a pit-bull attack. Sure, it’s been known to be an aggressive breed, but I tend to be in the camp that believes it’s the owner who truly reflects a dog’s behavior.  Another unsettling trend that has been in the news lately is the abuse inflicted upon these animals, whether it is to “toughen” the dog up for fighting or simply that the dog was an unfortunate object that a person decided to unleash their cruelty upon.  I note this not to attempt to make any social commentary, but instead to set up this film that tackles both sides of the coin when it comes to pit bulls, and it just so happens to be based upon a true story.

Donna (Emmanuelle Vaugier) and Roy (Burgess Jenkins) Lawrence are a happy married couple with a newborn on the way.  Life couldn’t get better for the Lawrence family as they are preparing the bedroom for what is expected to be their first child.  In the neighborhood there is a dog that is barking, so Donna and her neighbor go to investigate; they find a pit bull that has been tied to a tree with no food and water and owners that are unaccounted for.  In an act of kindness, Donna goes to feed the dog the next day and is viciously attacked.   Not only does she lose the baby, but complications make it impossible for Donna to ever have children again.  The recovery alone is enough drama to fill a movie as Donna struggles with depression and Roy is overcome with anger issues of his own.

Things only grow more complicated when Donna and her neighbor stumble upon a puppy that has not only been brutally beaten but set on fire and left to die. With her heart of gold sentimentality, Donna does everything she can to save this puppy, even at the staggering cost of $17, 000 in medical expenses.  As a viewer you can’t help but root for the dog, and when Donna decides to name it Susie (the name they planned to name her daughter), the film once again tugs at those heartstrings.

The film does take a predictable route, but despite its movie-of-the-week formula, it manages to maintain an emotional grip throughout. It’s annoying how many times we have to be subjected to songs with the name Susie in them, but for many who like these kinds of films, I doubt they will mind this and instead find it charming.

The bit that I did enjoy most about the film wasn’t so much the performances or even the story, but instead getting to see Susie (the pit bull mix) play herself.  Despite the trauma this dog went through, she’s managed to do quite well for herself.  Even better, Susie has become the face of a movement to protect abused animals.

While the film does have a great message and doesn’t contain anything I would consider objectionable, please use caution with showing this to kids; some of the abuse and the visuals of Susie as a recovering puppy could be a bit traumatic for younger children.  Despite the film’s formulaic plot, for those of you who enjoy a good tear-jerker, drag your fur-babies onto the couch and grab a bowl of popcorn, because this one is going to keep you reaching for your tissue box.

Brent Lorentson is a horror writer and film critic based out of Tampa, Florida. With a BA in Digital Film, he co-wrote and co-directed Scavenger Hunt. His short stories have appeared in various horror anthologies. In 2019 his short script Fertile Blood will be a part of the anthology horror film Slumber Party. He is currently working on his first novel A Dark and Secret Place set to be released in late 2019. Favorite Films: Taxi Driver, Fight Club, I Saw the Devil, The Wild Bunch, Dawn of the Dead, A Clockwork Orange, Pulp Fiction, Heathers, The Monster Squad, and High Fidelity.
Hill Street Blues: The Final Season Original Christmas Classics Gift Set (Blu-ray)