Exclusive Interview With Dana Gourrier Of The Hateful Eight 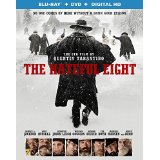 Quentin Tarantino might find himself in a controversy every now and then. But we’re all waiting for the release of The Hateful Eight on Blu-ray this week. In the meantime I had a chance to talk to Dana Gourrier who plays Minnie Mink in the film. Minnie, of course owns everyone’s favorite haberdashery. She was so kind and sweet I wish I had more time to chat with her, to be sure. Bang it here and you can listen in on my conversation with Dana Gourrier. 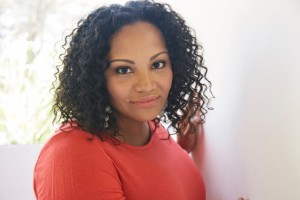 Gino Sassani is a member of the Southeastern Film Critic's Association (SEFCA). He is a film and television critic based in Tampa, Florida. He's also the Senior Editor here at Upcomingdiscs. Gino started reviewing films in the early 1990's as a segment of his local television show Focus. He's an award-winning recording artist for Omega Records. Gino is currently working on his 8th album Merchants & Mercenaries. Gino took over Upcomingdiscs Dec 1, 2008. He works out of a home theater he calls The Reel World. Favorite films: The Godfather, The Godfather Part II, The Body Snatcher (Val Lewton film with Karloff and Lugosi, not the pod people film), Unforgiven, Gladiator, The Lion King, Jaws, Son Of Frankenstein, The Good, The Bad And The Ugly, and Monsters, Inc.
Vikings Season 3 (Blu-ray) Perry Mason Movie Collection: Volume Five