Posted in: Podcasts by Gino Sassani on September 19th, 2016

Oliver Stone warned me when I went to see Snowden. He told me it could happen. But I never thought it could happen to me. We’ve been out there interviewing the participants for All American Bikini Car Wash. I recently spoke with Heath Centazzo who plays Big Tony and Brendan Nagle who plays Bobby Bullets in the film. Turns out the Feds were listening in our conversation. Investigators for Upcomingdiscs discovered a copy of that wire tap and are going to risk everything providing it to the public here on our forum. Who knows. I might be reviewing movies from Moscow next week. Be warned that this is a result of Fed surveillance so the quality and language is going to be rough. If you dare: Bang it here to listen in on my conversation with The Mob Guys 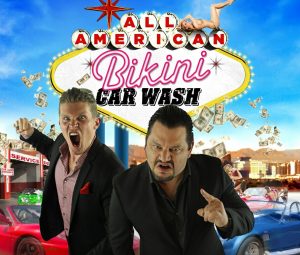 If the Feds break down your door don’t say I didn’t warn ya.

Gino Sassani is a member of the Southeastern Film Critic's Association (SEFCA). He is a film and television critic based in Tampa, Florida. He's also the Senior Editor here at Upcomingdiscs. Gino started reviewing films in the early 1990's as a segment of his local television show Focus. He's an award-winning recording artist for Omega Records. Gino is currently working on his 8th album Merchants & Mercenaries. Gino took over Upcomingdiscs Dec 1, 2008. He works out of a home theater he calls The Reel World. Favorite films: The Godfather, The Godfather Part II, The Body Snatcher (Val Lewton film with Karloff and Lugosi, not the pod people film), Unforgiven, Gladiator, The Lion King, Jaws, Son Of Frankenstein, The Good, The Bad And The Ugly, and Monsters, Inc.
Snowden Tuesday Round Up: September 20, 2016