Posted in: The Reel World by Archive Authors on November 18th, 2016 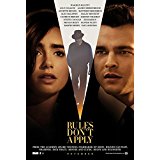 Howard Hughes used to be a very big deal for a very long time. Warren Beatty was a big deal for a long time as well, and they have a lot in common. They were both renowned horndogs. Hughes was not only extremely rich, but enormously famous. The Hughes Tool Company, which was instrumental to the oil industry, was the original source of his wealth, but Howard Hughes became better known for his forays into the movie business and aviation industry. There has already been a movie about Hughes called The Aviator starring Leonardo DiCaprio, but Warren Beatty has been working on a Hughes movie since the 1970’s when he frequented the Beverly Hills Hotel where Hughes had multiple bungalows. Beatty lived a similar kind of fantasy life and identified with Hughes. Beatty has become notorious for taking a long time between projects because of a nearly legendary perfectionism. It has been 18 years since Beatty’s last film. He has been rumored to have done many projects over the years but rejected them all. This may be Beatty’s swan song, since he is now 79 years old. Beatty looks pretty good and seems as sharp as ever. And one of the things that becomes clear immediately is that Beatty understands that both Hughes and Beatty himself are pretty much past history.

The focus of the movie Rules Don’t Apply is two young lovers. One is Frank Forbes (Alden Ehrenreich, a huge hit in Hail Caesar and the star of the upcoming Hans Solo movie) and Marla Mabrey (Lilly Collins, The Mortal Instruments, Mirror, Mirror). Collins is the daughter of Phil, by the way. She also is a dead ringer for a young Elizabeth Taylor at times. Mabrey is one of numerous ingénues that Hughes has acquired much like he acquires companies. Forbes is one of Hughes staff drivers with aspirations for much greater things. Forbes is assigned to driving Mabrey immediately after her arrival in Hollywood with her mother. This is 1958 Hollywood, which coincidentally is about the same time that Beatty had arrived to make his mark. The loving depiction of the time is clearly personal for Beatty. The depiction of 1958 is perhaps more vibrant than I would have imagined possible, and during the course of the movie which takes place over a number of years into the 1970’s we get a similar loving look at numerous world locations.

The movie is enormously entertaining but also very crazy, which is appropriate, since this is a depiction of Hughes’ life. It is widely accepted that Hughes was full of serious mental maladies. The movie is designed as a comedy while always facing the reality of a man whose life was out of control. The movie acquires an erratic and runaway-locomotive pace by design as it mixes the story of the two young people and the eccentric billionaire. Many people might find the approach awkward at times, but I get what Beatty is doing. Beatty sees Hughes’ life as a farce where a man who has everything eventually is overcome and intoxicated by choices. The movie is overstuffed and bursting at the seams. I could write about it for hours and barely begin to cover its weird charms and also its enticing shortcomings. I know it is a movie I will want to watch many times as a cautionary tale about what happens when you get everything you wish for. It can drive you mad if you are not mad already.

Game of Thrones: The Complete Sixth Season (Blu-ray) Fantastic Beasts And Where To Find Them