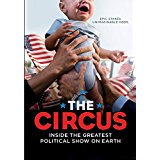 Ben Franklin once said that there are two things that no one should see made. He was talking about sausage and laws. In the 18th century most people had little exposure to the workings of their government. Campaigns were waged on the road in public squares, and seldom by the person running for office. Party nominations were held in halls attended only by the party faithful. It was here in the span of a few days that a nomination would be haggled out of the delegates who attended. Since the riots at the Democratic National Convention in Chicago in 1968, the selection of nominees was handed to the registered voters, usually of the party in a series of primary elections that begin in January of each election year. The campaigning has become intense and now often begins nearly a year before that first nomination struggle. It gets earlier with each cycle. We may not get to see how our laws are made, but now we get a long look at how our presidents are selected, and I thing ol’ Dr. Franklin would have been shocked to bear witness to the 2016 primary season. And just in case you missed the weekly debates, attacks, flubs, scandals, and riots, Showtime put together a weekly recap of the events over a 26-week period. They called it The Circus, and it isn’t hard to see why.

The show featured two veteran political reporters who work for Bloomberg. John Heilmemann wrote for The New Yorker and Wired over the years. His bias obviously showed toward the Democratic side. He often refers to Trump as running a racist campaign. He often works with Mark Halperin, who calls the Trump election at the show’s end the single most catastrophic event in American history since 9/11 and Pearl Harbor. So you won’t get any balanced coverage from these two guys. Unfortunately, for them the show doesn’t get much of a chance to include the Clinton campaign, because it was the most restrictive to press during the cycle. So the Democratic side is mostly represented by Bernie Sanders, who offered a lot of access to the show. The third member of the show’s touring troupe is political analyst Mark McKinnon, who has worked on many Republican campaigns including George W. Bush. It’s kind of ironic that he’s the one tapped as the analyst and offers less of the bias reporting.

The trio spent the year traveling to the various states that were holding their elections. They traveled with most of the candidates and covered their events. Most of the coverage is devoted to Trump on the Republican side. The show does a pretty good job of exposing the party rifts that his run caused, both among the voters and the other candidates. There is no question this has been one of the craziest runs in American history, and the show covers it stage by stage. It starts with no one on the show believing Trump had a chance to his final victory in the general election. It makes me feel a little better. I consider myself a pretty knowledgeable political analyst, and I didn’t see this coming at all.

On the Democratic side Clinton was very tight with access, so I’m sure her fans believed she wasn’t given fair coverage. The show makes it clear that it was her decision and not that of the show. So, they spend a ton of time with Sanders and his wife. It’s the most intimate look Sanders ever got, and it’s a shame voters did not see more of that side of him on stage or television anywhere else. Sanders and his wife let their guard down more than any other candidate, and they provide some of the more emotional level moments.

There is even an episode dedicated to a couple of the independent candidates. The coverage was quite fair in the amount of coverage the various candidates and issues received. The bias was strictly found in the comments by two of the “cast” members. Episodes cover major debate events. Each convention is given a full episode of coverage. The last few episodes cover the general election and do hit on the major beats. Again the coverage itself is fair. Trump’s scandals get a little more play than Clinton’s email issues, but both are included.

Each episode is a half hour and will likely be a good collection to own as a kind of souvenir for those of us who followed each painful moment. 2016 was the year that saw revolutions in both parties with deep splits and angry supporters. Both establishments attempted to stop the revolutionary leaders. The Democrats were successful; the Republicans were not. We all know how it ends. You won’t be watching for anything new, and honestly, it was all a little too soon for me. But I suspect I’ll take this out in a decade to remind myself just how crazy it was. I give McKinnon credit for the best analytical moment after Trump’s election. He had great advice for the mass of scared and disappointed people. He said that while it was true they would not see their hopes and dreams come true, it was also true that they would not see their worst fears and nightmares come true, either. It’s a positive end of a wild and emotional moment in American politics: “the wobble that will live on in infamy”.

Gino Sassani is a member of the Southeastern Film Critic's Association (SEFCA). He is a film and television critic based in Tampa, Florida. He's also the Senior Editor here at Upcomingdiscs. Gino started reviewing films in the early 1990's as a segment of his local television show Focus. He's an award-winning recording artist for Omega Records. Gino is currently working on his 8th album Merchants & Mercenaries. Gino took over Upcomingdiscs Dec 1, 2008. He works out of a home theater he calls The Reel World. Favorite films: The Godfather, The Godfather Part II, The Body Snatcher (Val Lewton film with Karloff and Lugosi, not the pod people film), Unforgiven, Gladiator, The Lion King, Jaws, Son Of Frankenstein, The Good, The Bad And The Ugly, and Monsters, Inc.
Happy Easter Tuesday Round Up: April 18, 2017