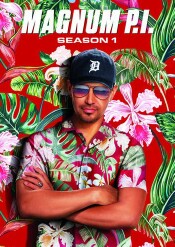 Revamping old shows and movies is the latest trend in television. CBS has made several endeavors at this with varying success. Such was their attempt when they tried to convert Rush Hour into a TV series; however, the Macgyver reboot gaining a fourth season shows that the practice is not without its merits. CBS’s recent reboot of the popular series Magnum P.I. is the newest foray into this genre of television, and the fact that it has earned a second season bestows credit onto the show. Starring Jay Hernandez in the titular role, the character that Tom Selleck made famous, is breathing new life with new action. Minus the mustache, of course.

Staying true to its source material, Hernandez’s Magnum is a former Navy Seal, and his best friend T.C and Rick are Marines. While staying true to its source, the series also digs deeper into the characters’ connection by illustrating the three as former POWs along with a fourth compatriot whose death serves as the catalyst for the pilot episode. The pilot sets the stage for a season arc that relates back to the group’s time in Afghanistan.

With the exception of this arc, every episode unfolds in a Monster of the Week format, which is best suited for show in my opinion. It makes every episode a standalone, assuring that audience members can entering the show at any episode without fear of being completely lost, as well as guaranteeing that each mystery will be wrapped up by episode ends, reducing anxiety attributable to curiosity over what will happen next. Like the original series, each episode features a voice-over narration from Magnum. T.C. and Rick also draws parallels to their original characters, with T.C. owning and operating a helicopter business that Magnum uses as his own private chauffeur service, while Rick is a club owner with connections that Magnum uses to solve his cases.

Now that we have established how the characters are similar, we need to address a major change from the original show involving one particular character: Higgins. Higgins is now a woman. Despite the gender swap, her relationship with Magnum is still the same. In her eyes, he is a freeloader living off the charity of Robin Master (and yes, like the original show, this character is mentioned but never seen). Though their relationship starts off coolly, they eventually develop a friendship leading to her using her former MI-6 skills and contacts to aid him in his investigations. But what about the Hawaiian shirts and the Ferrari, you ask? Well, these two items are also featured in the reboot. A running theme in the show is that Magnum wrecks the Ferrari and has to pay to have it repaired. In fact, Magnum’s use of Robin Master’s prized car is the source of much of the banter between Magnum and Higgins. So the character may have changed somewhat, but the key attributes that fans loved are still present in this reboot.

The series also shares the same universe as another CBS reboot, the long-running Hawaii Five-0 series, featuring multiple crossover characters including the medical examiner Noelani Cunha and everybody’s favorite proprietor of shave ice, Kamekona Tupuola. A shared universe between TV shows — we all know what that means. A crossover episode is a definite possibility. The show also introduced a new character starring another CBS alumnus, Tim Kang, who plays HPD Police Detective Gordon Katsumoto. Magnum spends most of his time drawing Detective Katsumoto’s ire for his blatant disregard for police procedure and his constant insinuation into open cases.

As you can see, Hernandez’s Magnum spends a great deal of time irritating people, but this is usually within intention and in service of the greater good, and more often than not, Magnum’s involvement leads to a positive resolution for his clients as well as his friends. Such was the case in the episode “Six Paintings, One Frame”, when Magnum investigates the murder of a close friend of Higgins, or “Kiss Before Dying,” where Magnum is drawn into the murder investigation involving Katsumoto’s mentor.

Every episode unfolds at a steady pace and features one or two twists that helped to me keep me on the edge of my seat. There are also subplots that champion helping those who are down on their luck, like the “Death is Only Temporary” episode when T.C. and Rick take it upon themselves to help a disabled vet who later becomes an endearing recurring character. The show also pays homage to the original series when Roger E Mosley cast stars as T.C.’s barber and ironically remarks about his distaste for flying.

Notable episodes include the previously mentioned “Six Paintings, One Frame”; “Day of the Viper,” which gives a look into Higgins past with MI-6; and my personal favorite episode, “Blood in the Water”, as a pivotal turning-point episode in the relationship of Magnum and Higgins. The chemistry between Hernandez and Weeks in this episode obviously sets a potential romantic engagement in the future, possibly as early as Season 2, but the truth is I won’t be that disappointed if things move in that direction.

The show has been guaranteed a Season 2, and I for one am looking forward to what comes next for the characters. The season finale brought about a measure of closure to the season-long arc, so we are pretty much guaranteed a clean slate. Who knows what’s in store for Season 2? An action packed crossover, more homages featuring the original cast, perhaps the sexual tension between Magnum and Higgins will erupt. I’m sure to fans of the original series that is an odd thing to wish for, but trust me, you’ll understand when you watch the reboot.

Jeremy Butler is a film school graduate of the International Academy of Design and Technology. He is been writing for Upcomingdiscs since 2012; however, movies have played a big part of his life for much longer. Favorite genres include horror, science fiction/fantasy, and comedy. Favorite movies are V for Vendetta, Boondocks Saints, Kiss Kiss Bang Bang, and The Godfather.
Captain Marvel (UHD Blu-ray) (4K) Shaft (2019)