Posted in: No Huddle by Gino Sassani on September 11th, 2019 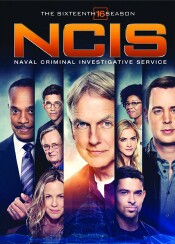 Every year at this time, I end up having to binge watch a ton of television. A lot of previous seasons get released on disc in anticipation of the new seasons about to get underway. It’s a daunting task that often makes me feel a little silly when I complain to friends that I have to watch so much television.  You kind of have to get yourself on a roll and immerse yourselves in these fictional television worlds. More and more I find so much of my time is taken by the NCIS franchise, which has just completed 30 seasons of episodes and is about to rack up three more very soon. Add that to the fact that this has been going on for the better part of the last decade, and NCIS has accounted for a fair amount of my waking hours. And while it does appear that the L.A. version of the show might be pulling up to its final destination, the New Orleans show is just getting its legs and looks to be here for the better part of the next decade. But it’s the mothership, originally spun off from JAG, that has just completed its 16th season with no signs of slowing down. Sometimes it feels just like a runaway train. The cast has changed over almost completely since that first season, with only a handful of actors and characters still on board. But wherever this train stops, and whoever happens to be on board at various stretches of the journey, I don’t see us getting to a station anytime soon. And if Season 16 is any indication of what’s yet to come, I’ve got my ticket in my hand, ready for the ride to continue.

The team has changed faces over the years. Few of the original members remain, but as long as Mark Harmon remains in the staring role of Gibbs, there’s life in this show yet. This season sees no real change in the characters of the show, but it does allow for even more growth for those still on the train. Of course, the biggest news is the loss of Pauley Perrette as the tech lady extraordinaire, Abby. Perrette left the show claiming a concern for the cast and crew’s safety from Mark Harmon as what drove her from the show. The story involved some unattended dogs and a building personal hostility between Harmon and Perrette. There doesn’t seem to be anyone else raising the same concerns, so I think Gibbs is safe for now. Perrette is replaced by Diona Reasonover as Kasie Hines, the new tech for the group. I know I said there weren’t any cast changes this season, and this would appear a huge one and a contradiction. That’s because the switch really happened toward the last half of the previous season so that the switch could appear a bit more like the passing of a baton, so we already knew the character and were already aware it was permanent since last season. Kasie isn’t as eccentric as Abby, but she’s also not quite full of confidence yet. Her interactions are still awkward, and I think that’s intentional and far more realistic, to be honest. I don’t think we’ve seen this character in her final form yet. While Reasonover does have some acting credits, she actually came over from the writing staff. It’s a rather unusual move, but I’m rooting for the character to do well, because there’s a lot of heart there, and it’s been too long since a new character was fresh enough to be our stand-in with the team. I got that feeling this year from Reasonover, and I kind of liked it.

The 16th season begins pretty much where we left off in the previous year. Director Vance (Carroll) has been kidnapped and is still missing. It picks up on a story that featured the newer character of Jack Sloan, played by Maria Bello. She went through a tough year trying to convince anyone who would listen that a terrorist thought dead was alive and in town. It caused some brutal emotional scars for Sloan, which is tough when she’s the agent there as a therapist for everyone else. It drove her to cross the line, and now Vance is in danger because she wasn’t believed. The season will be a bit of a road back for Sloan. But Vance appears to have gone Patty Hearst with his captors. He caught on a video feed participating in a bank heist and then delivers a message that appears to be in support of the terrorist group. Of course, we know better, and it’s a rescue operation to get Vance back and do in these bad guys.

The loss of the Reeves character is also still weighing on the group. Torres, played by Wilmer Valderrama, appears to lose control because he lost a pair of sunglasses. We learn it’s because Reeves had given him the glasses before he died. He also has a very strong emotional episode with Sean Murray as Tim McGee. They end up in an unauthorized undercover that goes badly, and the episode is told from their point of view as they try to tell the feds what really happened and attempt to stay out of prison. Torres was bonding with Reeves, but now we see him and McGee starting to share nice chemistry, and it’s very much needed with McGee’s nemesis, Tony, no longer in the picture.

Just because Tony’s gone, that doesn’t mean the DiNozzo story is finished. Far from it. Robert Wagner returns again as Tony, Sr. and he once again finds himself in the middle of some wicked business. It’s a wonderful conspiracy story that brings in Brian Dietzen’s Jimmy character. His father-in-law asks him to help cover up a murder after he was set up at a high-stakes poker game where, you guessed it, Tony, Sr. is also a player. It’s a great episode for Dietzen. who has grown so much as Jimmy Palmer. His conscience gets him when he has to lie to Gibbs, but most of all, Ducky. It’s also important to show that kind of growth. because with David McCallum pulling shorter duty, it’s Jimmy who must finally become the chief medical examiner for NCIS. But don’t worry; Ducky gets a job as NCIS historian, which allows him to come and go as he pleases, yet still remain a part of the team. It’s really the kind of deal McCallum wanted, and reality and fiction cross to try and make everyone happy.

Gibbs gets my favorite episodes of the season. In one episode he’s pulled into a star chamber situation with one of the local judges, played by M*A*S*H alumni Mike Farrell. It’s a two-part episode that forces Gibbs to confront his own dark secret. He killed the man who murdered his family, and now that secret is out to the team. It will certainly change the dynamic somewhat, and the season finds Gibbs questioning everything to the point where he actually burns one of his rules. The second great Gibbs episode has him taking time off to contemplate the situation by being alone at his secluded cabin in the woods. Except he ends up having uninvited guests in Agent Fornell, played by Hill Street Blues great Joe Spano. Fornell thinks he’s Gibbs’ best friend until he discovers Gibbs has another well-meaning cabin-crasher in Navy Captain Philip Brooks, played by Don Lake. It’s an abrupt discovery for Fornell, but double trouble for Gibbs, who wants to ditch them both. It doesn’t help that they start competing to see who is the better friend, and when a heist suspect ends up in the same woods, it’s a bit of a misadventure for all involved. Spano also gets to appear later in a very emotional episode that finds his daughter involved with a drug dealer and victim of an OD. Gibbs starts to see the ghost of the wife he and Fornell shared and the mother of the troubled girl. It’s certainly true that Gibbs is taken through the wringer this season.

This year sees a huge conspiracy lining up against the team. Vance continues to have a bad year when he meets a woman who turns out to be a spy. Who is spying and why I wouldn’t dream of revealing here, but it leads to a much broader case that will involve Team Gibbs. It also brings in X-Files Assistant Director Skinner in the guise of Mitch Pileggi as the Secretary of Defense, and we’re not sure if he’s a good guy or a bad guy.

One of my favorite episodes of old was one where we went back in time to Ducky’s younger days. This year they do that with Tim, and it is a cool moment for the show. Tim has evolved the most in this show, and now that he’s no longer Tony’s probe, he’s taking command of the team when Gibbs is not there. It’s a genuine evolution that took 16 years to happen, and it’s rather amazing to me that we have this much character growth. It’s not just the characters who grow and evolve, but the show itself. You’re seeing something here you might not see again.

But let’s talk about the season’s huge reveal, and that’s the return of the Ziva character, played by Cote de Pablo. It starts as a tease and not really a spoiler, because it was pushed rather strongly with the season’s marketing. To what extent we’ll see Ziva in the future is still a mystery. It’s obvious the character did not want to reveal herself, but it’s Bishop who is haunted by her and starts this road to discovery. We learn Ziva had a secret building she used as an office, and she wrote extensive journals of her thoughts on all of her cases. It’s a bit much for Gibbs, but Bishop is drawn to this woman she never met, yet left such an influence behind on the team. It makes for some great Bishop moments and wonderful performances by actress Emily Wickersham. It also begins a bit of a bonding between her and Gibbs that I expect to leave some impact on the team. No, it’s not a romantic angle, but rather a closer mentor/mentee bond, particularly with Gibbs revealing his secret to the team.

It’s been one of the show’s better years, and CBS has released the entire 24 episode season on six discs. You get the usual CBS summary, a profile on the Kasie character, and a Q&A with the cast gathered in Gibbs’ basement sans the boat. Here comes season 17. “I’m wound up.”

Gino Sassani is a member of the Southeastern Film Critic's Association (SEFCA). He is a film and television critic based in Tampa, Florida. He's also the Senior Editor here at Upcomingdiscs. Gino started reviewing films in the early 1990's as a segment of his local television show Focus. He's an award-winning recording artist for Omega Records. Gino is currently working on his 8th album Merchants & Mercenaries. Gino took over Upcomingdiscs Dec 1, 2008. He works out of a home theater he calls The Reel World. Favorite films: The Godfather, The Godfather Part II, The Body Snatcher (Val Lewton film with Karloff and Lugosi, not the pod people film), Unforgiven, Gladiator, The Lion King, Jaws, Son Of Frankenstein, The Good, The Bad And The Ugly, and Monsters, Inc.
Contest: Win The Original Aladdin On Blu-ray From Walt Disney Studios Young Sheldon: Season 2