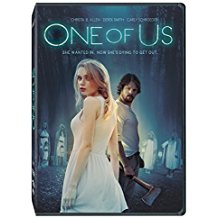 “We’re taking a stab at an alternative lifestyle.”

The notion of unplugging from modern society and living a stripped-down life alongside a group of like-minded individuals will always be appealing to a segment of the population. One of Us, a low-budget indie about a journalist who falls in with a cult as she searches for her missing best friend, is more interested in the thriller aspects of its story than it is in exploring the reasons why people might want to retreat from society. The result is a tight, pulpy suspense flick that isn’t likely to gain a mass following. END_OF_DOCUMENT_TOKEN_TO_BE_REPLACED