Posted in: The Reel World by Brent Lorentson on December 28th, 2016 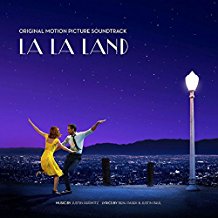 When the closing credits rolled the first time I saw this, I was stuck in my seat paying some attention to members of the cast and crew, but mostly I was sitting there in awe.  I’m honestly struggling to think of a film that has affected me on the screen so deeply, and the closest I can get is The Shawshank Redemption. While I’ve certainly seen many good films over the years, and I’ve seen some I would even call great, La La Land is something more, something special that came along that achieved what few would even dare to believe.  It is an achievement that writer and director Damien Chazelle deserves the many accolades that he will soon be showered with as we enter into the award season as 2016 comes to a close.  Just what is it that he managed to capture?  In my most humble opinion, he captured all that was and is great from the Golden Age of Hollywood.  This is a film that opens the door to the past, to when greats like Humphrey Bogart, Gene Kelly, Ginger Rogers, and Fred Astaire were the giants of the silver screen, a time that it seems Hollywood has all but turned its back on and become an industry of making CGI cash-making franchises and neglecting what brought us to the theaters to begin with: to show us how to dream, and to not be afraid to dream big.

Our introduction into the film (proudly boasts to be shot in Cinemascope), brings us into gridlock Los Angeles traffic and without warning passengers exit their cars to perform the film’s opening number, “Another Day of Sun”.  It’s a big number filled with dozens of performers singing and jumping from car to car as the camera moves beautifully between the performers.  The color in all the costumes simply pops across the screen, and this is simply a taste of what’s to come.

Mia (Emma Stone) works as a barista on a Hollywood film lot as she struggles to become an actress.  She lives with her roommates who also are all struggling actresses waiting for their big break.  She’s a dreamer who is driven, and it’s hard to not instantly embrace this character.  Then there is Sebastian (Ryan Gosling), a brooding jazz pianist who is a romantic for the past.  He’s so in love with the past that he’s allowing the present slip right past him as he holds onto his big dream, to own a jazz club that embraces the greats who inspired him.  These are two dreamers that Hollywood and the world would simply eat alive, but life would find a way to bring these two together.

The chemistry between Stone and Gosling is something special, if not for the previous films they had together, I’m not sure the chemistry would work as well as it does.  Their first number together, “A Lovely Night” evokes the playfulness of Singin’ in the Rain but is uniquely is own.  The long wide shots make it clear that it is Stone and Gosling doing all the dancing and singing while delivering remarkably charming performances.

As the film progresses, we see many winks and nods to Casablanca, down to even the song Sebastian performs throughout the film parallels the famous “As Time Goes By”.   And in case you were wondering, yes, it is actually Ryan Gosling tickling those ivories as he learned to proficiently play the piano for the role.  We see the degrees of emotion Sebastian has as he plays his somber tune that in times of joy even manages to change to a chipper melody.

The progression of this relationship is sweet but manages to keep its feet firmly planted in reality as we see these two go on to pursue their dreams while struggling to keep their relationship together.  After all, just because your dream comes true doesn’t mean there is assured happiness.  But this is a film that embraces the adventure of setting out to chase the dream and to always root for the happy-ever-after however it may be.

Going towards the more technical side of the film, the cinematography is simply stunning from opening to closing frame.  Whether it’s the free movement we see during dance scenes as the camera pushes through and immerses us into the dance number, or as it takes a step back as we observe the characters move with grace and ease across the stage and screen.  The film successfully blends and shifts from location to stage with ease.  Even the set decoration goes from natural location sets to stage that nicely works as a throwback to style we’ve seen in musicals from the Golden Age.

While a large portion of the film does look upon the days of old cinema, we also get more than just a glimpse about the decline in jazz (or music period).  The struggle Sebastian has between being an artist and being successful takes a toll despite his good intentions.  This is presented with Keith (John Legend), a jazz musician with a modern twist on the genre.  Seeing Sebastian’s struggle to adapt to the music is a compromise he’s hoping to make to achieve a status to be able to one day preserve the legends of the past.

Can Sebastian and Mia continue to chase their dreams while maintaining their heartwarming relationship? It’s this compromise that not just the dreamers of the world have to face, but each of us in our day-to-day lives.

Credit for the choreography goes to Mandy Moore, who deserves more than a simple pat on the back, as she has helped create some beautiful and entertaining dance numbers.  In the same breath, Justin Hurwitz does a wonderful job with the music and lyric composed for the film.  It’s one thing to have a hit, but he managed to compose a string of hits together that theater majors and fans of collecting soundtracks will embrace this for years to come.

La La Land is so much more than just a musical; it’s an ambassador for those who have dreams to not be afraid to step out to the ledge and take a chance on love and life.  I’m not a huge fan of stage theater, nor am I one to really embrace musicals, but this is so much more.  I love this film, and I have no problem saying that this is one of my favorite films made in my lifetime.  Sure, there will be those who feel my head is stuck in the clouds, but I’m fine with that.

Brent Lorentson is a horror writer and film critic based out of Tampa, Florida. With a BA in Digital Film, he co-wrote and co-directed Scavenger Hunt. His short stories have appeared in various horror anthologies. In 2019 his short script Fertile Blood will be a part of the anthology horror film Slumber Party. He is currently working on his first novel A Dark and Secret Place set to be released in late 2019. Favorite Films: Taxi Driver, Fight Club, I Saw the Devil, The Wild Bunch, Dawn of the Dead, A Clockwork Orange, Pulp Fiction, Heathers, The Monster Squad, and High Fidelity.
Dog Eat Dog (Blu-ray) 12 Days Of Christmas Giveaways – Day 5: Presenting Princess Shaw & Sunset Song On DVD From Magnolia