Exclusive Interview With Robert Matzen: Author Of Fireball: Carole Lombard and the Mystery of Flight 3

Posted in: Podcasts by Gino Sassani on February 22nd, 2017 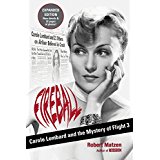 He’s back. I’m talking about author Robert Matzen. I spoke to Robert at Christmas about his amazing book Mission: Jimmy Stewart And The Fight For Europe. You can catch up on that interview Here. Now he has released a new edition of his book Fireball: Carole Lombard and the Mystery of Flight 3 which tells the story of the fiery plane crash that took the life of Carole Lombard, her mother, and Otto Winkler, who was Clark Gable’s assistant and best friend, on January 16, 1942. The plane was also carrying American servicemen who were an important part of the World War II effort. This new edition contains brand new material and has been released for the 75th anniversary of the tragic crash. I can tell you that it’s a page-turner that you’ll find hard to put down. (Of course, that could have to do with the sticky stuff they put all over the cover. Just kidding.) All the while as I was reading the book I was looking forward to another conversation with the author. We finally got to talk again. Now you can hear every word. Bang it here to listen in on my chat with Robert Matzen. 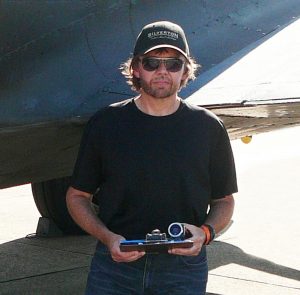 The book is out now on GoodKnight Books.

Gino Sassani is a member of the Southeastern Film Critic's Association (SEFCA). He is a film and television critic based in Tampa, Florida. He's also the Senior Editor here at Upcomingdiscs. Gino started reviewing films in the early 1990's as a segment of his local television show Focus. He's an award-winning recording artist for Omega Records. Gino is currently working on his 8th album Merchants & Mercenaries. Gino took over Upcomingdiscs Dec 1, 2008. He works out of a home theater he calls The Reel World. Favorite films: The Godfather, The Godfather Part II, The Body Snatcher (Val Lewton film with Karloff and Lugosi, not the pod people film), Unforgiven, Gladiator, The Lion King, Jaws, Son Of Frankenstein, The Good, The Bad And The Ugly, and Monsters, Inc.
Quarry: The Complete First Season Beavis & Butt-Head: The Complete Collection