Posted in: Dare to Play the Game, News and Opinions, Regular Columns by Michael Durr on August 1st, 2007

Dare to Play the Game
News and Opinions
Regular Columns

Missionaries Online, 360 Price Drop and Live Chess? – Welcome to the column that promises to abuse its readers for cash and prizes known as Dare to Play the Game.

Welcome to another edition of Dare to Play the Game. Life just keeps on rolling for me. I bowled last friday, did fairly well. I also won 4 tickets to a future astros game(8/21) as a door prize. But yet, I have nobody to take. I mean I asked “the girl” if she wants to go but she doesn’t like baseball. She might end up going and that would take care of the two tickets I already had from a company event thing (8/10). But the four are something of a mystery and I’m honestly thinking that they might just go to waste. Sad, because actually those 4 are really good tickets. I’m a Phillies fan by choice so while I like baseball;watching the Astros play isn’t really all that entertaining. Unless you like trainwrecks. 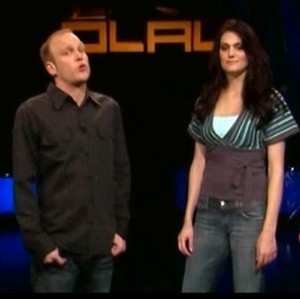 Ever notice how Morgan is all calm, being beautiful and Adam just kinda looks like a spastic geek half the time? I mean she’s got the jeans, the shirt, and just kinda chilling. Adam, totally different picture. He looks like he’s trying to be a rescue ranger ala Chip and Dale. But then again, I am just sadly jealous of Adam Sessler. I mean, well not now cause I believe Morgan just does things for Attack of the Show and not X-Play. But I’m still very jealous; *sigh*. Do you understand, he got to share a friggin couch with Morgan Webb. That kinda closeness is something money and stalking just don’t buy.

The 3-D online world of Second Life has been a popular
hangout of late for politicians seeking to appeal to
tech-savvy voters. But the SL metaverse can also be used to
spread a somewhat loftier message.

Writing in Rome-based journal La Civilta Cattolica, Antonio
Spadaro, a Jesuit academic, cites the popular MMO as a
valuable resource for spreading the word of God. After all,
Second Life is currently home to numerous virtual churches
encompassing a variety of religions. Many SLers have already
discovered organized virtual prayer.

Is there (cyber) space for God? â€¦Itâ€™s not possible to close
our eyes to this phenomenon or rush to judge it. Instead it
needs to be understoodâ€¦ the best way to understand it is to
enter itâ€¦

While the virtual world might be a refuge for some people
seeking to flee the real one, it is also full of people
seeking something more from life, including, possibly,
religious enlightenment.

Deep down, the digital world can be considered, in its way,
mission territory. Second Life is somewhere where the
opportunity to meet people and to grow should not be missed,
therefore, any initiative that can inspire the residents in a
positive way should be considered opportune.

I really hate covering Second Life related news stories. From the virtual coffee shop to same sex marriage in Second Life to who knows what; I’d just rather skip it. Unless it is a slow news week. Then I’m all for it! (and it makes for catchy titles). Second Life is an interesting concept because basically you have this alter life that is different from your real life and you can live it totally opposite of what you have to resemble in your current one. The problem is all of these real world things are moving in on the territory causing it look just like your first life. One would think in a few years, people will be looking for a Third Life to escape from the second one. Some of us, such as me might already be on their third life and keep hoping that they can eventually go back to their first life when everybody else bails to explore other alternatives.

The notorious Cheapy D brings even more proof that the
rumored Xbox 360 price drop is indeed for real. Yesterday he
had a Wal-mart ad showing the cut and now he has procured
another (blurry) photo of an ad showing the 360 being priced
at $349. This time the ad is from Toys R Us stating a “price
break” and slated for an August 12 street date. As more and
more information comes in it’s becoming more difficult to
brand this one as rumor, but of course without an official
word from Microsoft on the subject it will have to remain as
such. Still, I think we all know what’s coming…

Ads have now been circulating that the XBOX 360 Premium (the one with the 20gb HDD) will drop to $349. No official announcement from the Microsoft camp but this would almost seem to point, yes sir, yes that’s what we intend to do. It would certainly make sense since the 80gb PS3 debuts this week and the 60gb PS3 drops by $100. I wish this would also allow for a $50 price drop off the new 120gb HDDs for the 360 but I will probably have to bite the bullet and drop the dime for the $180 retail. Only 11 gigs left on my current drive, sounds like a lot; but doesn’t feel like it.

Speaking with Konami reps at Comic Con today, I pestered
marketing VP Anthony Kraus about Konami USA bringing over the
Metal Gear 20th Anniversary Collection. Kraus confirmed that
they’re “considering it” with the sales team talking to
retailers about potential interest in selling such a package.
“Would it be the same package?” I asked. “Very similar,” he
responded. 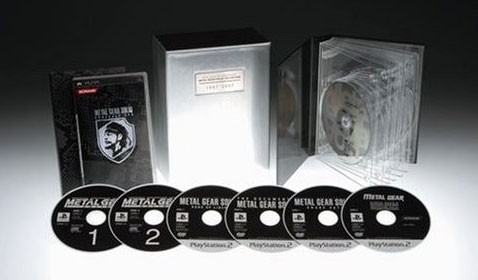 I forget how long ago it was but I actually bought the special limited edition package of Metal Gear Solid 3: Subsistence. Some might remember it, it was a nice red box, had some cool extras like the entire cut scenes of the game strun together in almost movie format, metal gear 1, 2, etc. At one point, I think it was actually going for $100 on Ebay. This would be a nice package as well as you can tell from the picture. 6250 yen runs you about $50-$55 american dollars. $54.99, I’d buy it. I’m such a sucker for pretty video game things. Can somebody get me a Solid Snake figure in there too? 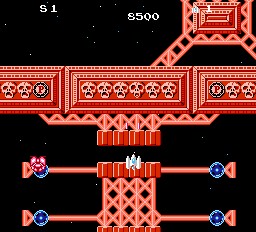 Even the press release for VC madness this week couldn’t think of anything catchy or compelling. Something to the effect of that this week’s releases were like a box of chocolates. In other words, we released three obscure but hopefully interesting to somebody games this week. Please buy them. (Further translation: crap on a stick) Anyway, the first one is Star Soldier from the NES System. This was the original game that spawned a bunch of other Star Soldier games (that nobody else really played either). It was a decent little shooter but there was far better out there even for the time. 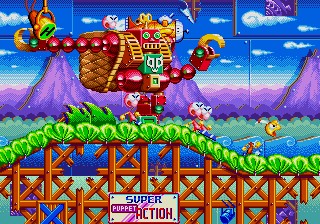 Dynamite Headdy is a bit well bizarre. It’s a decent platforming effort that came from the same people that made Gunstar Heroes. Your character had a special power, the power to launch heads. Furthermore you could collect special heads like Lotsa Heads (three heads at once) or Spike Head (which would enable him to stick to the wall). The whole game is about puppets and an evil puppet king. It’s kinda creepy in a Puppetmaster type way if you read about the secret ending or the Japanese ending that you won’t see on this side of the Atlantic. 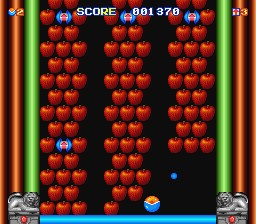 The last game is Drop Off, a TG-16 title. It’s a Breakout clone where you move a paddle back and forth but you destroy pieces of fruit. Really, that’s it. That’s what you pay a shiny 600 points for. Even me as a die-hard Turbo fan can’t rationalize this one. If you want something odd this week, go for Headdy. Else, I would suggest you skip this week or go find something you’ve been neglecting.

This week you got Mario Strikers Charged, the only soccer game that non-soccer fans are more enthused about than regular soccer fans. (It’s Wii, and it’s Mario…so we must play) The 80gb PS3 hits stores this week in proof that 20 gigs means something. What that is, I’m still trying to figure out. A ton of DS titles hit, most will be largely ignored except attributing to the fact that this system has a whole crapload of games. If you are curious about the World Championship Cards title that is coming out for PS2 and PSP; it should be an interesting effort. Mainly cause it includes the first Bridge game I’ve seen for PS2. Yeah I play Bridge, what of it? Just because usually old ladies play that game, doesn’t mean a viral 30-something red-blooded male can’t enjoy the card game. Besides I always get the best tea and crumpets when I play. (I’m such a hit with the ladies, even if they can barely walk)

Gaming this week, well I did get my copy of Guitar Hero Encore: Rocks the 80s. Wrote a review of it. I mean it is Guitar Hero, but I do feel somewhat duped by the experience. I mean I beat it on medium in I’d say a total of three hours. With mostly 5’s and only a few 4’s. Since I was out a little bit this past weekend, getting some tires of all things, I also went by the gaming store in Pearland. Got a copy of Lost Planet Collector’s Edition for 360. Used on the cheap. $35, not bad really. It is complete too, even the code card had not been used yet. So pretty to look at and I downloaded the freebies for it from Live. That will probably get a review in a mere couple of weeks. Quick trade mention but I have sealed copies of Gears of War and Call of Duty 2(Game of the Year edition) both for the Xbox 360. I’m willing to entertain trade offers for one or both of them. Let me know, have fun kiddoes.

Michael Durr has been reviewing movies for the better part of fifteen years now. He primarily enjoys thrillers, sci-fi, animation and even a little courtroom drama. His favorite films include Escape from New York, the Goonies and anything with Alyssa Milano. When he’s not praising Kurt Russell as the greatest actor of our time or scratching his head over a David Lynch flick, he’s spending time at home in Texas with his lovely wife, Lori and his amazing son. How they put up with him is a mystery, but even Basil Rathbone doesn’t have the time to solve that one.
Kung Fu Hustle (Axe-Kickin’ Edition) Daddy’s Little Girls