Posted in: Dare to Play the Game, News and Opinions by Michael Durr on August 29th, 2007

Ultima re-born, Super Puzzle Fighter makes a comeback, and My 360 might take a little longer – Welcome to the column that every time it gets posted, a XBOX 360 gets its wings known as Dare to Play the Game.

Welcome to another edition of Dare to Play the Game. Well I finally got my 360 XBOX Shipping Box last friday. For those who haven’t had this experience, Microsoft does their job. Almost too well. They include the box, the foam crates, a shipping bag and the tape for the box. Of course a shipping label is also provided. The tape, that was the true kicker. So I get it about 4 pm that day, have it packed within minutes and trudge it off to the UPS store before 6pm. The ladies took it and I was done. However, on the return trip I might have to get them to change the shipping address to my place of work. See they require signature and I’m never home, soooo; if I don’t; I might be s-k-e-w-e-d. A good note though, since the 360 was gone; I did play my PS2 some. Mostly NFL 2k5 and Guitar Hero 1. Kinda rough on the HD; but certianly playable. Of course I watched some movies too. 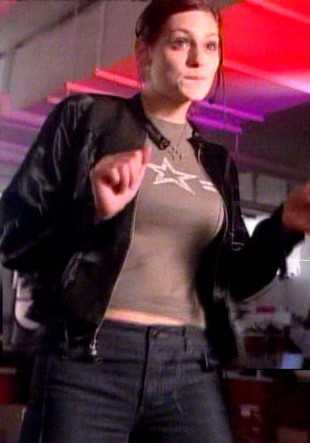 Dance, dance, dance…she’s a dancing techie geeky girl and I think she’s kinda freaky. Well I suppose it is a good thing that Morgan never started off as a dancing backup girl or anything. I would imagine as wonderful as she is; she might be privy to two left feet. However at the same time you could also see her getting down at some club with her…and her…yeah I need a drink.


With these add-ons, players will be able to further enjoy the
frantic, explosive action of Bomberman LIVE in new areas, including
“High Stakes,” a Las Vegas-style casino level, and “Zeppelin,” a level
set aboard a dirigible which features tornado environmental hazards
that incapacitate players.


“With the overwhelming success of Bomberman LIVE it became clear to us, as Bomberman fans and game producers, that the already stellar game could be indefinitely augmented with myriad gameplay additions in the future,” said John Greiner, President and CEO of Hudson Entertainment. “Hudson is committed to providing refreshingly competitive, fast-paced multiplayer gameplay over Xbox LIVE(R) Arcade.”


This Bomberman LIVE add-on pack will add the following features:


Two Additional Levels – New arenas include “High Stakes,” a Las
Vegas-style casino level that allows players to select any gimmick they want, and “Zeppelin,” a level set aboard a dirigible which features tornado environmental hazards that incapacitate players.


One New Game Mode – “Frag” mode will allow players to pre-set the number of enemies they must bomb in order to win the game.

Well, possibly the best Xbox Live Arcade game going right now is getting a pretty darn decent upgrade. I have plans to get this game upon the return of my 360. Furthermore this pack is reasonably priced at a mere 350 points which is actually closer to $4.40 than the $2.80 it suggests. (Either that or the writer gets those special discounts, you know the five finger kind). The ten characters are cool, guaranteed to be a lot of fun which is probably the most innovative thing about this new Bomberman is customization. I can make a character like my rabbit (sweet Hominy) or be able to slur words and stars in endless sequels with Dolph Lundgren. “I will break you”. I think every game should be required to have a Vegas level, no matter how cheesy they end up being. I think that’s why Rainbow Six Vegas is so much fun, you can shoot slot machines like nobody’s business or use them for cover. Anyhow, Frag is a good game mode addition as well and will serve to make games a little tighter and quicker.


For newcomers to Ultima Online, a free 14-day trial of Kingdom Reborn is now available for download at: http://www.uoherald.com/kindomreborn/trial


With Ultima Online: Kingdom Reborn, the legendary kingdom has been redrawn, reengineered and rebuilt for the next decade of players seeking an epic, fantasy MMO experience. The revamped new player content welcomes those who have never adventured through the celebrated lands of Ultima Online. Additionally, enhanced visuals and brand-new user interface present the game in a whole new light to veteran players.


“As the tenth anniversary of Ultima Online’s launch approaches, Kingdom Reborn introduces an entirely new experience while preserving the spirit of the classic MMO,” said Mark Jacobs, VP and General Manager of EA Mythic. “Kingdom Reborn represents EA’s ongoing commitment to MMOs and Ultima Online’s dedicated and loyal community, some of whom have been playing the game since its launch almost ten years ago.”

For the record, I had always wanted to play Ultima Online the first time around. I played every Ultima game that wasn’t nailed down until Ultima 7 came around. My favorite two Ultima games was the third and the sixth. For some reason, I never picked it up after that. Furthermore, I quit playing Guild Wars about a month or so ago (though I may pick it back up, more on that later). So a reborn Ultima might be pretty interesting. If its even close to the quality of Guild Wars or WoW, it could make for some interesting waves in the MMO community. I would seriously welcome it and most likely give it a try. It has to be better than that Sword of the New Coast that I tried not too long ago. Seriously, what MMO is 4 gigs to download and requires daily massive updates on top of that? And then you still can’t play the thing. Okay, go try out UO and let me know how it goes.

Rumor has it that a spike in Xbox 360 returns, both valid and not so much, have lead to an increase in the return time for repaired Xbox 360s.


I’ve heard that the turnaround time for Xbox 360 repairs has skyrocketed to as long as six weeks and if you do the math, that could mean that some loyal 360 fans may be console-less when the Halo 3 launches. Talk about bad juju.

F*c*! *goes behind background and proceeds to curse some more*. I just sent my darn 360 in. What the beeping he**? (If this offends you, then go buy me a new 360). Seriously, could I get somebody over in McAllen, Tx to do mine all special request like. Okay, I’ll have to call them. 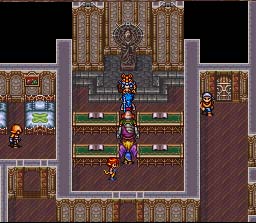 Something I always look forward to, a darn good rpg from a darn good rpg series. Breath of Fire, especially in its early days (before Dragon Quarter came and ruined the party) was a fine piece of rpg bliss. Great puzzles, great gameplay and a real sense of the classics. This is a great game to get, especially since the Wii has not been a fountain of rpg games yet. 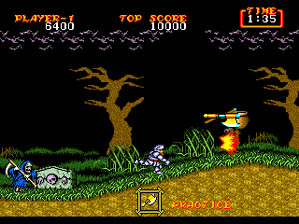 Hard times, hard times. That’s the first thing that comes to mind with any game from this series. You little King Arthur and your trusty weapons must go through each stage to defeat the undead and finally kill off Lucifer. Well until the next incantation. This game was so challenging, but then any game is challenging when half the time you walk around in your boxers because you get hit so much. 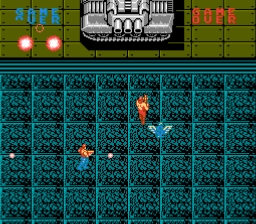 No Turbo Game this time around, I guess I’m one of the few who take pleasure from that sort of thing. No instead, we get a decent NES release which was probably in lieu of Super Contra being released on XBLA. Notice the C part in this title, why? Because they changed a lot for the NES version, some things around difficulty, some things even around level design and locations of power ups. It’s still fun but a different game. Approach with caution I would say. Personal recommendation; grab Breath of Fire 2 or go back and get Super Metroid from last week.

Big release this week is of course Metroid Prime 3. Already getting rave reviews from what I’ve heard. But a sardine can with a Samus head could be released to rave reviews. I’m sure however it will be nothing short of awesome, as traditionally the Metroid series is. To celebrate, I plan to play the original gameboy game; Metroid 2. On the Super Gameboy! *crickets* Alright, so I don’t own a Wii, sue me. Wild Arms 5 should be awesome as well, especially since I own 1-4. (Though for the record I bought 4 but never played it). I’m just a completist whore, what can I say? The 360 gets six different releases, however Blue Dragon and the newest Tiger Woods installment might be the only interest. Supposedly the new Tiger Woods lets you import your face into the game from jpgs or what not. I just want to know which face I can import that let me have my way with his hot wife. What dude actually gets a Swedish supermodel, oh right Tiger Woods, the golfing god. *sigh*.

Life is weird, I have no other word to give it. Life literally slapped me across the head this past weekend. But in a good way. I’m not sure I can explain right now, cause I just want to make sure its true and works out. So expect that in a couple of weeks. Oh yeah, its about a girl; but not the girl I’ve talked about lately. Something a little crazier, but again in a good way. So I’m not going to talk about that just yet, though I am very happy about it. Okay she’s 5’7, has the smile of an angel and her name is Sarah. But I’m not talking about it. Your mission this week, promote my column (or my reviews, I’ll take either). You heard it right fanboys, if you read this column and like it; post a link sometime. If you hate it, post it anyway and then slam it to the ground. I’ll take any kinda publicity I can get. If you want to put me on the Morgan Webb stalker page, that’s fine too. Okay, so you don’t have to do that; but just trying to drum up things around here. Get famous, get paid, get my rear out of my cubicle life and into something I love. So with that kiddoes, I bid you adieu. Have fun and throw a quarter my way sometime :-P.

Michael Durr has been reviewing movies for the better part of fifteen years now. He primarily enjoys thrillers, sci-fi, animation and even a little courtroom drama. His favorite films include Escape from New York, the Goonies and anything with Alyssa Milano. When he’s not praising Kurt Russell as the greatest actor of our time or scratching his head over a David Lynch flick, he’s spending time at home in Texas with his lovely wife, Lori and his amazing son. How they put up with him is a mystery, but even Basil Rathbone doesn’t have the time to solve that one.
Metaphilm: Fight Club is Calvin & Hobbes P. Diddy Presents the Bad Boys Comedy: Season Two