Posted in: Dare to Play the Game, News and Opinions by Michael Durr on September 5th, 2007

PS3 might go even cheaper, Fatal Fury Special at mad prices and Command & Conquer free beeotches – Welcome to the column that slashes prices and then sends you a bill every seven days known as Dare to Play the Game.

Welcome to another edition of Dare to Play the Game. Called the 360 repair people; talked to them for roughly half an hour over the signature jazz. They basically told me they can’t do anything right now. Ummm, okay. I even got to speak to a very nice female manager who I tried to wow with my seductive ways. That didn’t work too well; not that she was mean but she wasn’t willing to bend over backwards anyway. Which is a nice trick when you can get the girl to..errr nevermind. So I’m still stuck playing the PS2; at least I’m finally playing a decent wrestling title again (Smackdown vs Raw 2006). It’s been forever since I played it, and for some reason Chris Benoit was still the US Champion. *fwap* Changed that in a hurry as Finley obliterated him in a Last Man Standing Match. No, I’m not bitter. 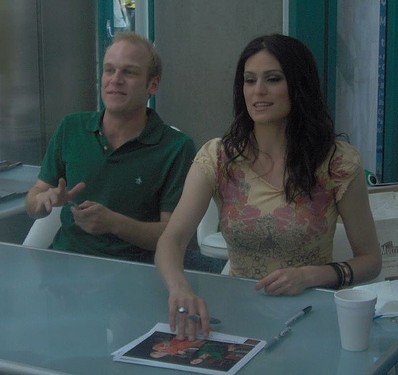 So this begs the question if I ever met Morgan and asked for her autograph; what exactly would I say? I mean besides wiping the drool from the corner of my lip and trying not to stutter all over my words. Though the odd thing is I’ve been out with strikingly beautiful women and actually able to hold down a conversation provided we aren’t in a large group where I almost always get quiet. But this is Morgan Webb; not some girl I just think is pretty or something. So I’m left again with the notion that I would act like a little scared puppy except just maybe I would bone up and give her something more.

As the holiday season approaches, video game analysts’ thoughts go to their holiday bonuses, and there’s no better way to get a bonus than to be an internet famous analyst like Michael Pachter, which is exactly what Michael Pachter has done. This is why we listen to him when he predicts a price cut for the 80GB PS3 in time for the holidays.


Wedbush Morgan Securities analyst Michael Pachter said in his latest report, “We note that Sony recently acknowledged that it will no longer produce its 60Gb PS3, and we expect the price of the 80Gb PS3 to be reduced to $499 before the holidays, maintaining a premium SKU at that price point.”

Michael Pachter is a famous internet analyst of sorts who seems to be pretty accurate when it comes to console related information or educated guesses. One would also assume that once Sony runs out of the 60gb’s then they would want to keep the flow going and put the 80gb’s at that price point. Of course that line of thinking would make some good reasonable sense. Sony hasn’t exactly made the most sensical decisions with the PS3. High entry point, disapointing software release schedule, only goes from 60 to 80gbs in decision for upgade; that sort of thing. We are just hoping now that the 80gb will drop by Christmas. I also hope for dancing girls in my office; hopefully one of these will come true. But most likely not.


There is no doubt that we will see more risks, and therefore more
creativity on both the Wii and the DS in the next couple of years. Just
look at what EA is already doing on the Wii — EA doesn’t usually do
that kind of game… We will probably see a fair bit of standardization
for a while from third party publishers in the games that they develop
for 360 and PS3, as the huge development costs are ‘rationalized’.North American SEGA president Simon Jeffery knows a few things about creativity. Take SEGA’s combining Mario and Sonic in a game pegged to the Olympics. Talk about creative! And after Mario and Sonic at the Olympic Games took best Wii game at Leipzig (congrats), Jeffery felt in the mood to sound off. Selected quotes include:

Translation: we take a risk on the DS and Wii because the losses will be smaller. 360 and PS3 cost mad bucks, yo! Also why you saw a lot of really awesome games for the PS2 near the end and they were going for $20-$30 bucks. Cheap to make and great return. So yeah it makes sense. But it is unfortunate at the same time. I can only hope that there is some innovation and not cookie cutter games all around. But think who we are getting the quotes from; EA! When was the last time EA had an original thought? The 90’s? Hence why Madden and NBA Live never change, year after year after year.

To celebrate the 12th Anniversary of the Command & Conquer
franchise, Electronic Arts is offering a FREE download of the original
game that started it all, Command and Conquer (Gold Edition). the game
is Windows XP compatible and is the same version that came with the
Command & Conquer: The First Decade collector’s edition. Free
downloads are always great but it sounds like there are a few steps to
get the thing to actually work. But Kotaku readers are a clever lot and
I’m sure you will be able to figure it all out with the help of EA’s
handy dandy instruction manual available on the site. They also hint at
some surprises to come over the next few weeks, so if you are a C&C
fan, it looks like September will be a banner month for you.

Nice! I don’t PC game much but Command & Conquer was fun back in the day. It is also interesting to see how far one game has come over the the decade it was released in. But what is important and what keeps it a classic; the outstanding gameplay. RTS started and ended with Command and Conquer (okay maybe the original Warcrafts and Warlords 2/3 were in there too); anything else was basically inferior. It was fun; cool to obliterate your friend in the computer lab with and kept many a people until the midnight hour (especially if you had keys to the computer lab in question). Hopefully the XP issues are mininum and don’t hamper too much. My dad just got a laptop with Vista; he’s not doing so well. Thankfully, he doesn’t game. 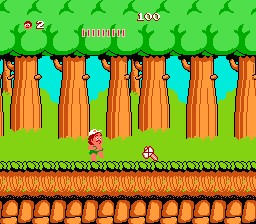 Adventure Island and Master Higgins! Oh this game brings back lots of good platforming memories. The characters were actually owned by Escape who did the Wonder Boy series of games. But Adventure Island made way more money and Hudson continued to develop more Adventure Island games full of eggs, skateboards and fairies. There were eight worlds in the first game with 4 zones each (like Super Mario). But unlike SMB, places were marked of where you went back to when you died. 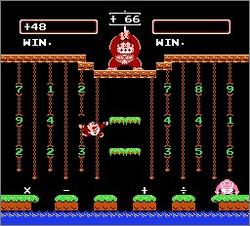 Yeah, I can teach my kids (if I had any) like I was taught when I only had a Nintendo to my name. Donkey Kong Jr. Math! This quirky but honestly fun game was the cliche to make learning fun. You played with Junior and then you climbed up and down vines using addition, subtraction, multiplication and division to solve the problems Daddy Kong gave to you. There was Game A and Game B (game B was of course harder). To be honest, it is a fine way to learn some good simple math. 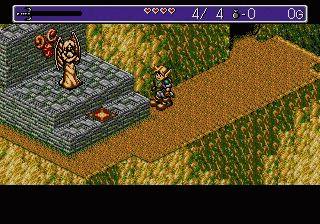 A little platformer/rpg/action game that while very good; wasn’t very well known for the Sega Genesis console. You played as Nigel, a young treasure hunter who was led to a small island by his friend Friday (not to be confused with Saturday or Sunday or the book Robinson Crusoe) in hopes of discovering the treasure of King Nole. Jumping on various platforms is key as well as the usual leveling up found in RPGs, good stuff. Worth the gamble if you are willing. 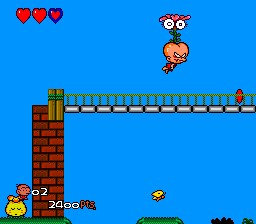 And rolling in at the end is the great Bonk 3. Though confession time; even though I played this game a ton; I played the CD Version. All that essentially means is I had some really cool sound :-P. This is the best Bonk ever and that isn’t just some promo bit. Bonk could be huge, Bonk could be small and there was so much to do in each stage. It was a lot of fun. I really can’t stress that enough. If you enjoyed the other Bonks on any levels; you will love this one. I remember beating this when I was just out of high school and am almost tempted to go find the cd at home. This is the one to get this week; the other titles are also very good for once and you will have a hard time not finding a winner in this group.

Well its a release week after a holiday; you know what means. Yup; not a darn thing. I’m actually surprised that the VC and XBLA are getting such good releases. Cause regular console releases just aren’t happening. Worms gets a nice portable release on the PSP and DS which is very welcome as it is supposed to be a very fun game. The Wii gets a Pool game release; which would be interesting considering the Wii-Mote. 9-ball with a flic of the wrist, it could have potential and be a sleeper hit. Stranglehold is the most prolific release and despite the short game playing time might actually will be a heck of a game. Unfortunately, might be better for the $30 bin when that happens.

This week I’ve unfortunately come down with a little bit of a sickness. No, really. I got some nasal and sinus stuff going on that really needs to be done with by friday. It’s not bad or anything but its enough to hamper my style. I’ve got three reviews I that would also like to complete this week (I’ve watched the movies, just not written the reviews) but I’m going to have to be a little better before that occurs. Friday is a very special day. It is important that I be well by then. I get to meet a very special person in my life. The effect she might have on me would be significant and something that I have needed for quite sometime. (No, get your mind out of the gutter, you’re taking up space :-P). Next week I shall finally let you in (provided things go alright) on the wonders that is Sarah. Until then kiddoes, wish the best for me; take your vitamins, say your prayers, and tell all the little Hulksters that I’m coming for you brutha!

Michael Durr has been reviewing movies for the better part of fifteen years now. He primarily enjoys thrillers, sci-fi, animation and even a little courtroom drama. His favorite films include Escape from New York, the Goonies and anything with Alyssa Milano. When he’s not praising Kurt Russell as the greatest actor of our time or scratching his head over a David Lynch flick, he’s spending time at home in Texas with his lovely wife, Lori and his amazing son. How they put up with him is a mystery, but even Basil Rathbone doesn’t have the time to solve that one.
Why are all truckers in movies insane? TRANSFORMERS FULL RELEASE SPECS – dvd & HD DVD, October 16!