Posted in: News and Opinions by Archive Authors on October 10th, 2007

Today Nintendo announced that their one-time arch rival Sega, has licensed Sonic to be included in the latest installment of the hit Super Smash Bros. franchise. The game releases in early 2008. The game also features the Legendary Solid Snake from the Metal Gear series. The game is of course exclusive to the Nintendo Wii and features numerous Nintendo and gaming mascots fighting it out on uniquely themed levels. 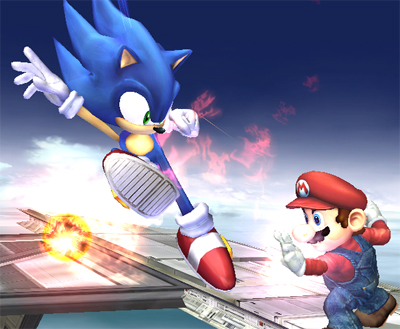 Dare to Play the Game Medium – The Third Season