Posted in: Dare to Play the Game, Regular Columns by Michael Durr on November 14th, 2007

Dating in WoW, Hacking in Orange and 360 goes VC – Welcome to the column that pretends to go by an acronym but then realizes it just isn’t quite cool enough known as Dare to Play the Game.

Welcome to another addition of Dare to Play the Game. I’m addicted to Puzzle Quest. Big time. So much, Sarah and I are two achievements from finishing up the whole bloody thing. Lord Bane and Level 50 are the only things left. I would venture to say Lord Bane goes down long before level 50 since we are both about level 35 and just finished rebuilding Sartek. In fact the only thing I’m really messing with in other games besides that is Smackdown vs Raw 2007 and working on some small achievements there. I’m pretty determined to crack open Half Life Orange by weekend time. I’m split on Mass Effect, I know it looks awesome and I do want it in my collection but we’ll see if I can hold out until Christmas.

Some of the contents of Microsoft’s Fall Update for the 360 are now public knowledge, courtesy of the Official Xbox Mag. Highlight? The 360 gets its very own Virtual Console, with original Xbox games to be added to the Marketplace. The first available games include Halo, Fahrenheit, Fable, Crimson Skies (wonderful!), Crash Bandicoot: The Wrath Of Cortex and Burnout 3. Each of those will set you back 1200 Microsoft points (USD$15). Also confirmed for the update is that Europe will finally be getting the video marketplace. So! December 4’s the day. Go circle it in your best red pen. In the meantime, feel free to wonder aloud what else will be in store. And how long it’ll be until you can download Jet Set Radio Future.

This is all part of Xbox Live turns 5 and all that goodness in addition to the fall update. In an added bonus between Thursday and Friday you will also be able to download Carcassonne for free on Xbox Live Arcade. That’s great because I had almost bought that game several times and to get it for free is a nice bonus. So, onto the Xbox Download Service. I’m mixed on this and I’ll tell you why. It’s good because there are a lot of good games on the Xbox and they deserve to live on. 1200 points isn’t bad, though I think 800 or 1000 would have been a better price point. Especially when you can get Crimson Skies for $5 or Fable for $10 used in disc form. But I appreciate the effort. However, my concern is we already have something known as Backwards Compatibility. My guess is that there will be no new updates to that (cause that would shoot themselves in the foot). That is indeed unfortunate as I always look forward to new additions every three months. I think this was a nice selling point for the 360 and there were valuable titles that were left out intentionally or not. The list they are starting with on the download service are already in the BC list, every last one of them. I own Fable as well as Halo and Crash Bandicoot. I also own Burnout 3 for PS2. This service will probably have nothing for me for a very long time. In addition for those who do like the service will probably have to buy an elite or a 120gb hard drive. Xbox games probably require a couple gigs each of data. A 20 gig won’t cut it for very long. We will see how it plays out.

Yes, you read that correctly. Some enterprising folks have put together a Warcraft social networking site with the specific purpose, as they put it, of ” Provide[ing] a simple and intuitive website which assists and facilitates the building of relationships between World of Warcraft enthusiasts.” Now given the name of the site, one would assume that these “relationships” are meant to be romantic in nature although whether they are meant to be real life or in-game dates is unclear. Maybe both? I just wonder if they’ll be able to drag people away from the game long enough to actually go on dates.

Well it does make sense, I’ll give it that. There are plenty of marriages on WoW; they even sell bridal gear for RP purposes. However, how long before they have a commercial similar to the EHarmony site:

“Hi, I’m Joe, I play an Undead Mage and I’m Lisa, I play a Blood Elf Hunter. We met on the world of Datecraft.com”
“Yeah, I filled out this personality profile where I mentioned that I was into playing computer games where I could be an evil character and say cool things like ‘FTW’ and name my guilds after Breakfast cereals”
“My profile featured similar things like eating Breakfast for dinner and breaking wind shortly after my Undead Mage would do this sweet dance that he always does, our profiles matched near instantly”
“We’ve been together 6 months and I proposed to her in game. She said yes!” “We are hoping to have kids soon” *worried look on Joe’s face* “In game, of course!”

Of course it won’t be them actually in the commercial. It will be their characters and their voices pre-recorded. They are way too busy raiding an Alliance camp or something.

In this week’s Steam update, Valve has revealed they have updated the Source SDK for games included in The Orange Box. This means modders will now be able to easily create new maps and content for their favorite games including Half-Life 2, Portal and Team Fortress 2. You can access the SDK through the “Tools” tab in your friendly neighborhood Steam client. If they like your mod enough, you may even find it featured on the Steam site. Good luck and happy modding!

Nice! Well if you have the PC version. I really wish they would include level editors with more 360 games, it is down right non-existent. The RPG Makers never did that well (even though I own all three) and regular retail games hardly ever include anything. Remember Excitebike for the NES? It had a level editor (if you don’t believe me, go look!) It was simple, but sadly so much fun. That’s all it takes. You know what I would give if Castle Wolfeinstein 3d came out for Xbox Live and included a level editor? Or like a Lode Runner game with level editor. We be all over that! Especially if we could trade levels between other users. It’s an area that console gaming really needs to explore because PC gaming has this down by leaps and bounds. 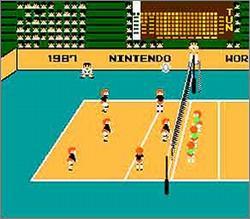 Okay, they have to be running out of NES titles or at least decent ones. Volleyball, really? It’s not even Kings of the Beach which was actually a very good volleyball game for the NES. 6 people per side with easy to use controls. So it’s not even beach volleyball, its the volleyball that you see on tv during the olympics. In other words, change the channel and move on. 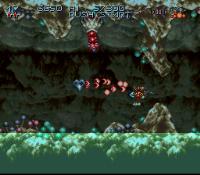 Axelay was one of those games that not many people have heard about but is an excellent game. A very nice shooter that made use of Mode 7 and parallax scrolling. It was primarily sci-fi based, however bosses made uses of fantasy aspects and included witches and ogres. The weapons were well done and given to the player as you progressed through the game. The music was also expertly done by Souji Taro. Unfortunately a sequel never materialized, partly due to the collapse of the creation team. 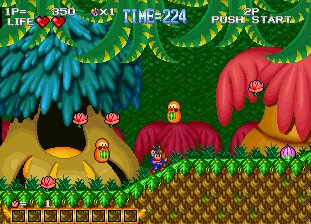 This is not a shooter involving the dog from Blue’s Clues I swear. This is a NeoGeo title with extremely beautiful graphics that had an insectarian named Blue and his quest to save the planet and keep its inhabitants from becoming slaves. The planet had been changed into one filled with pollution. Sounds like something out of Ted Turner’s playbook. Blue’s main weapon was a leaf and this could flip enemies on their heads and throw them at other enemies. Hrmmm, okay. Different. Axelay is probably the strongest recommendation for this week.

The biggest title one would think this week would be Super Mario Galaxy. Super Mario goes to space. That didn’t exactly work for the Jason movies but I digress. WWE Smackdown vs Raw comes in with another installment of what is sure to be great wrestling action. Sadly as most of you know I’m still playing the previous installment. Maybe I’ll put this on a christmas list. Two other titles of note are Assassin’s Creed which is a heavily anticipated title (but could be a disappointment if you have read some early eavesdropping) and Kane & Lynch: Dead Men which should be a very fun and interesting title. I’m not going to even mention the Petz titles. I don’t need a game about virtual Horses (with a Z at the end because I’m cool). However, I will mention Puzzle Quest for the PS2 (Wii version coming in a couple of weeks) and Fire Pro Wrestling Returns, the best wrestling game in Japan (and finally coming over here) with 300 wrestlers and supposedly you can create 500 more. It’s insane trust me and is only $15. I got mine coming from Amazon and will review it soon. Promise.

DVD reviews are caught up for the time being. The last batch were not particularly kind with the exception of Poltergeist. So I’m back to game reviews for the time being. First on tap will be Orange Box. Yes, I’m playing Puzzle Quest but I need to go beat Lord Bane and then off and on grind my way to Level 50. After that, as mentioned above Fire Pro Wrestling Returns will get a go. At that point, I’m not sure; I could go back and review something like All Pro Football 2k8 (since it is still relevant) or go and purchase Mass Effect. Perhaps give a few XBLA titles a whirl. The only problem is screenshots which either requires to dive deep into the Internet (hello ign.com) or hook my 360 to my computer/tv-tuner. Ummm, perhaps not. You know, I’m not one to ask but for anybody who reads this column and knows where I could get marketing types to send me at least screenshots of upcoming games (especially xbox live arcade titles) would be appreciated. I know better than to ask for the games themselves since this part of the site is often forgotten, but I can at least try. Have fun kiddoes.

Michael Durr has been reviewing movies for the better part of fifteen years now. He primarily enjoys thrillers, sci-fi, animation and even a little courtroom drama. His favorite films include Escape from New York, the Goonies and anything with Alyssa Milano. When he’s not praising Kurt Russell as the greatest actor of our time or scratching his head over a David Lynch flick, he’s spending time at home in Texas with his lovely wife, Lori and his amazing son. How they put up with him is a mystery, but even Basil Rathbone doesn’t have the time to solve that one.
The Psychic See Brian de Palma’s new film, “Redacted” tonight