Posted in: Dare to Play the Game, News and Opinions by Michael Durr on December 12th, 2007

Arkadian Warriors rocking to XBLA, No Rockband for Christmas in Canada, and Games of the Year? – Welcome to the column that promises to rock as much as possible but we have to be in bed by 9:00pm known as Dare to Play the Game.

Welcome to another edition of Dare to Play the Game. As promised, a lot of FirePro Wrestling was played. I actually got down the timing system. Once I did that, I was able to figure out the little things and it made for an enjoyable experience. Be sure to read the review at your leisure. It was good to review a Playstation 2 game and I would expect there will be a couple more before we say goodbye to the system. Neo Geo Battle Coliseum released this week and the World Heroes compilation released sometime next year would be likely candidates. I purchased a couple of gaming items this week as I got the expansion pack to Guild Wars (Eye of the North) and Indigo Prophecy for the original Xbox (backwards compatible) for a mere $9.99 new. Indigo Prophecy got released as part of the first wave of Xbox originals (for 1200 points) I talked about last week. It might make for an interesting review since it was overlooked by many when it first came out and some might be curious about it this time around. We’ll see. 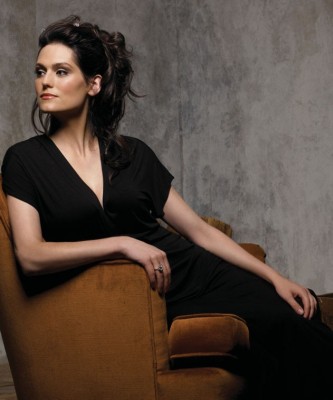 Here is Morgan, very nice picture of her in a black dress. I noticed something this week that I hadn’t seen before when I’m doing my searches to find Morgan in a new and hopefully exciting picture (translation: re-used and un-used). I’m showing up in google and yahoo searches. Is that cool or what? Okay, I’m easily amused. Now it’s only a matter of time before I get that call. You know the one…Kedrix, we are putting you on a restraining order. *sigh*

Games are making big strides. Least as far as technology goes. But on the art design side of things? Urgh. For every Half-Life 2 there’s a hundred games like Gears of War, whose only claim to originality or uniqueness in their visual design is…well, they don’t really have one. Anyone nodding their noggins in agreement with that above statement should go check out Gamasutra’s interview with Moby Francke, who was art director on Team Fortress 2, where he says stuff like:


I think video games are at such infancy in terms of art style, actually developing it. We’re dealing with 4000 years, really, of art and conceptual design.


For it really not to be utilized, and for the industry to basically dwell in a certain type of genre which has been around the 1980s up to present time, it’s pretty much all they’re embracing.


It’s the same way, you have Star Wars and the original Stanley Kubrick movie 2001. And people embrace that genre of outer space, so to speak. And it’s continued to this very day. Hopefully people will wake up someday.


Maybe! Heck, as it stands we’d settle for games that could just match Star Wars and 2001 for design, let alone move on from them.

Here I thought we had advanced a ton in the graphics department since the 80’s. Take a look at games like Galaga and then take a look at games like Geometry Wars. Okay, not a good example. But the differences between Pac-Man and Halo per say are very substantial. But as mentioned, we are probably still in our infancy as far as graphics and art is concerned. Which is kinda hard to believe. If you had told me that graphics could get better than Zelda for the old Nintendo when I was a kid, I would have probably looked at you funny. Man, that gold cartridge was a trip. As I get older, I tend to be wowed by each new game and how great it looks. As I get older, I also tend to be wowed by the fact I can get up in the morning. Simpler time for simpler folks.

Joystiq is reporting that Canada may have to wait until 28 December for Rock Band – past Christmas and Boxing Day. Best Buy Canada and Future Shop both have the 28 December release date. Kotakuite Josh K. also pointed us to the Rock Band forums where cranky Canadians are sounded off over the potential wait and extra cost. Now, online retailers have been and will continue to be wrong about this sort of stuff before, so I guess our Canadian friends will just have to wait and see whether they’re actually getting shafted on a release date or not.

Unfortunate for Rock Band in Canada. I’ve seen it on quite a few shelves here in the U.S. especially after it was supposed to have a shortage of some sort. As thought, the $169 price tag is scaring a few people. The game only version might actually release in the calendar year which is also earlier than expected. Not to say it isn’t a good game. I just don’t see it breaking records at this current time. I hope to find a version with just the microphone, however my girlfriend was very much eyeing the drums when we were looking at a Wal-Mart display. Boom-chicka, boom-chicka. At least if she learns the drums, she can play the band for my corny jokes. *waits for drum sound for the rim shot*

Best Game Based on a Movie or TV Show
The Simpsons Game< ---Winner Naruto: Rise of a Ninja Stranglehold

Ummm, alright. Not that I really consider Spike TV to be the bible of video game awards, but I don’t exactly see many alternatives. Really surprised to see BioShock get so many creedos. Even more surprised to see Halo 3 only get a few (Multiplayer and Fan’s award). I don’t really see how COD4 can be considered the best shooter but maybe I was just happy enough with the fact that Orange Box got nominated. Orange Box did get Breakthrough Technology (for Portal) and PC game awards though which is pretty cool. I’m really surprised Super Mario Galaxy beat Zelda in the Wii game category. To be honest I think it has to do with timing. SMG just came out so it is still fresh in people’s minds. The same could be said with Ratchet & Clank taking the PS3 game award over Heavenly Sword. Madden winning team sports is almost a gimme these days. Would have been nice to see a nomination at least for All Pro Football 2k8. Also good to see Puzzle Quest get a nomination, but nothing could keep Zelda from winning the handhelds with Hourglass. 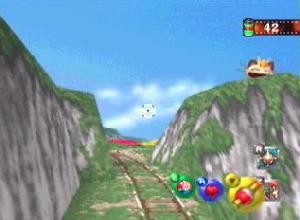 Most people know my distaste for N64 games and here is another one that fits the bill. First the premise is flat out retarded. Yeah, lets go into the jungle and take pictures of Pokemon. Woohoo! The only game aspect is that you have tease them with certain items and get judged based on size, pose and technique. Outside of that, it is just a pointless way to capitalize on the Pokemon name. 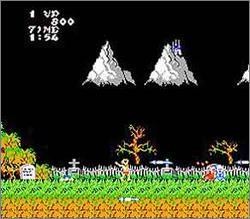 Ghosts and Goblins was the first hard game I ever truly played. Still haven’t beat the thing unless I use a cheat or two. For those who can’t remember, you play as Arthur who is going up against Lucifer himself to save the kidnapped princess. Truly a dark game for it’s time, you found yourself running around in your underwear half the time avoiding zombies and diseased ravens advancing thru each very hard level. Good stuff, just don’t play if you get easily frustrated. 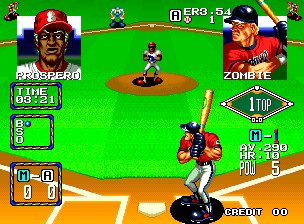 A good baseball game rounds out the list. Somebody must have been listening when I mentioned that World Class Baseball (Turbo Graphix release on VC) was inferior a few weeks back. Good stuff all around as it provided a quality baseball outing. I have played this title on MAME and can say I put quite a few hours into this one. Recommended as is Ghosts n Goblins for this week.

PSP
Warriors of the Lost Empire

An okay release week to be honest. Unreal Tournament would be the first thing that jumps out at you even if it is on the PS3. I actually could have just maybe coerced a certain member of the Durr/Swimmer household to play a shooter on the 360 if that one had went multi-platform. As mentioned previously, the major interest for me this week is NeoGeo Battle Coliseum which has a Marvel vs Capcom feel in what could be a very fun fighting game. The Wii gets a whole bunch of crappy releases which scare me to some degree. Most of the ones this week are $20 and under and look like they are just going for the marketing bucko. I just hope people are smart enough to stay away from them and from the two packs I am starting to see in Walmart for $29.99 (Two Wii games and they look craptastic). Scary stuff, boys n girls.

By the time you read this, I will probably be between here (Houston, Tx) and Cleveland, OH. I am writing this from the road. My girlfriend has had a loss in the family she has to deal with. Somebody very close to her heart. We were planning to go up there for christmas. However, some things don’t work out all nice and tidy. So, we are having to deal with the service this week. Please keep the Swimmer family in your prayers, I’ll do the best I can to keep by her side in this difficult time. Personally, I’ve never liked services or funerals. I try to stay away from them and just remember the person for what they meant to me while they were still living. Anyway, I think I was put here on this planet to be with Sarah at this crucial time. She is a special angel and I can only hope that what little I provide does some good for her. But a quick note, don’t dwell too much…cause somebody needs to send me a copy of NeoGeo Battle Coliseum for PS2. It’s only 19.99 and makes for a great stocking stuffer. Have fun kiddoes.

Michael Durr has been reviewing movies for the better part of fifteen years now. He primarily enjoys thrillers, sci-fi, animation and even a little courtroom drama. His favorite films include Escape from New York, the Goonies and anything with Alyssa Milano. When he’s not praising Kurt Russell as the greatest actor of our time or scratching his head over a David Lynch flick, he’s spending time at home in Texas with his lovely wife, Lori and his amazing son. How they put up with him is a mystery, but even Basil Rathbone doesn’t have the time to solve that one.
Pathfinder (Unrated) 12 Days of Contests! Day 1: ALIEN SEIGE! Ho Ho Ho!