Posted in: Dare to Play the Game, News and Opinions by Michael Durr on February 13th, 2008

The Force is not strong with this one, The NFL extends its deal with the dark side (EA), and Attack of the Genos? – Welcome to the column that has Han Solo underoos and a warrant out for the arrest of Jar-Jar Binks known as Dare to Play the Game.

Welcome to another edition of Dare to Play the Game. The magic number is 20th, 20th level in World of Warcraft. As mentioned last week, I had a fascination with lockpicking; well that is up to 92 now (still meager I know). However, my new thing; cooking. Yes cooking in a fantasy MMO. I could kill goblins and raptors but I choose to cook some Strider Stew or Boiled Clams. I also have started to collect rare (translation: ones only sold on the Alliance side or not in my immediate area) recipes. Yes, some Crocolisk Steak or Gumbo coming right up. I still can’t bring myself to try Fishing, I figure I might fish out a sea monster or something. That and I still have a bad taste in my mouth of fishing from the Breath of Fire games. Bad times, very bad times.

Rumors of Apple gunning to enter the handheld games market have been circulating for a while, but a new trademark application discovered by Trademork dated Feb. 5th seems to lend credence to the rumor mill. According to the application, Apple is upping its trademark to include “Toys, games and playthings, namely, hand-held units for playing electronic games; hand-held units for playing video games; stand alone video game machines; electronic games other than those adapted for use with television receivers only; LCD game machines; electronic educational game machines; toys, namely battery-powered computer games.”


With the enormous popularity of the iPhone and the phenomenal success of the iPod, anything handheld from Apple seems like a sure fire hit. But on the other hand you have Apple’s inability to bring a lot of quality games to their platforms. If this gaming device does come to fruition, will it end up being the next DS or just another Gizmondo?

I certainly welcome any competition into the console market. In particular, the handheld market. The DS is an awesome piece of machinery but somebody needs to give it a kick in the leg. I don’t mean Sony either who has been doing meh at best with the PSP (any decent PSP effort gets ported over to the PS2 anyway). Apple already has the iPhone and the iPod to its credit. So why can’t we get the iGame? Oh it makes sense, don’t roll your eyes. Or the iCube? It would be a stab at Nintendo, but Nintendo has been conquering the handheld market for over 15 years. Does anybody else miss or even remember the Sega Game Gear? *sigh* only me, I get it. Go Apple!

Idiots in the News

A teenage boy has been arrested on suspected arson charges for burning down a Palmyra, MO church. What makes this game related you may ask? It seems that GameFaqs forum poster “Jediknight12345” (original, eh?) made a post in the “Current Events” page asking readers if he should burn down a school and a church. The post was quickly removed by forum administrators and then a few days later another post showed up from the same person. This time, Jediknight12345 bragged that he had in fact burned a church/school down, described how he did it and even went so far as to post pictures of the event for posterity. Fellow forum posters immediately alerted local news station WGEM and authorities leading to the teenager’s arrest. According to recent reports, the arrested suspect was a member of the church and its attached school.

I hesitate to even report this but what idiot does this? One who wants to be caught would be most people first guess. Or perhaps he is one of the last people that think if you post on the internet you are still anonymous. Cause nobody really reads the gamefaqs forums. I happen to loom on there occasionally for a specific game though I have never actually posted. Anyhow, I wasn’t even aware that gamefaqs allowed you to post pictures. It might have been a link to imageshack or something like that though. I’m just trying to think what exactly went through his head. “Like, I’m going to super uber leeeeeeet when I set fire to the school and then the church. I’ll collect 575 achievement points after posting to the gamefaq forums and then an additional 125 for praising the almighty star wars in my forum name. Surely IamaDirtyHore678 will want to cyber with me now. ” Just remember kids if you want a quality forum with great posters and 0.1% mention of burning down a church, head over to the Upcomingdiscs.com forums. (How’s that for a plug, Jeremy?)

NFL and EA sitting in a tree…

Electronic Arts today announced that they’ve extended their exclusive agreement with the NFL and the Players Association for another three years, meaning the publisher has the only agreement in place with the league for creating licensed football games through the 2012/2013 season.

“We’ve just completed a period of renegotiations with the NFL for a three year extension of our current deal,” Peter Moore said in an interview with Kotaku. He added that Electronic Arts plans to expand that license to include games beyond Madden, including, potentially, a fantasy football title.


Moore said had they not locked down the NFL license soon the publisher would have had to start making decisions about “redeploying” the team who would have been starting work on Madden 2010 in eight months or so.


Moore declined to comment directly on rumors that Electronic Arts has been in talks with the NBA to land a similar exclusive deal, but he did say it wasn’t the way EA operates.


“The deal we had with the NFL it was instigated by the NFL, it wasn’t EA going after them,” he said. “The NFL tendered for the exclusive license and EA bid on the license.”

When the original deal came around, I was blaming EA for unfair competition. Now I feel like blaming the NFL more so. One would think that after a few years, the NFL would have realized that better things come from competition. There is nothing wrong with the Madden games. However, after spending lengthy playing sessions with All Pro Football 2k8, I realize there are alternatives out there that deserve a shot at the license. I never liked the idea if I want to play with the NFL I have to play this. EA has abused this license, especially when they produced games such as NFL Head Coach or NFL Tour. I mean if EA wanted to do something sensible with the NFL license besides Madden, they could always make a NFL Crybabies game where Terrell Owens cries after losing a playoff game or Tom Brady and Randy Moss decide to skip the Pro Bowl game because they are acting like babies and want to cry about their loss to the Giants. If EA really wanted to make a quality football game that isn’t Madden, they would revive the Mutant League license. Now those were fun times. 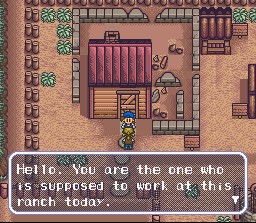 One of the better weeks it looks like in a little while. Harvest Moon was an odd game. Your mission was to manage a farm. Livestock had to be fed, vegetables need to be planted and watered, and you even had to get married. All of this was quest based and it fit together in a quirky but very addictive gameplay package. Beautiful graphics and the fact that the original fetches $100 on Ebay makes this a must consider. Just be sure if playing to make sure your farmer comes home on time or else your wife might divorce you. “Look, I don’t know what you are talking about, I was milking the cows” “Sure you were, that’s why you had your trousers dropped in front of the sheep last spring” *sigh*, I really need to get out more. 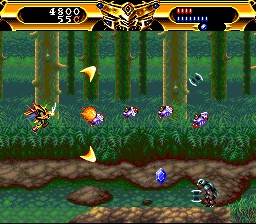 The first title to be released under the TG16CD banner for the VC was Gates of Thunder. This is the sequel. It was a great game too but different in a few ways. First it was not linear, you can actually select the first 6 stages in any order (the 7th stage like Mega Man would open up when you finish all 6). Before each stage, you had an option of a special armor which hopefully helps you to conquer the boss. These range from sea serpents to giant insects. Faster paced shooting and driving music makes this a hearty recommendation.

Welp the 360 was reserved for two games last week. I played some more All Pro Football 2k8, concentrating solely on single game achievements. I got 9 more which brings me to 32 out of the 41 single player achievements. (The other 9 are Live multiplayer). Not bad, not bad at all. As mentioned before, I think I can get all 41 single player achievements which would be a pretty cool feat. I even pulled out a shutout win on Legend mode. The other game I played was the trial version of Poker Smash. Very nice and addictive little game. To be honest, if more games were made like Poker Smash for the XBLA, I would buy even more than I do now. Both my girlfriend and I have exceeded the trial time limit in a single game. Which makes me want to unlock the full game (supposedly I’ve also unlocked two achievements if I do end up purchasing it too). I have heard rumblings about glitched achievements and even freezing gameplay. Hopefully they fix these before I make the purchase. However, if I do spend the 800 points in the next few weeks, expect to see a review. Have fun kiddoes.

Michael Durr has been reviewing movies for the better part of fifteen years now. He primarily enjoys thrillers, sci-fi, animation and even a little courtroom drama. His favorite films include Escape from New York, the Goonies and anything with Alyssa Milano. When he’s not praising Kurt Russell as the greatest actor of our time or scratching his head over a David Lynch flick, he’s spending time at home in Texas with his lovely wife, Lori and his amazing son. How they put up with him is a mystery, but even Basil Rathbone doesn’t have the time to solve that one.
Waitress 30 Days of Night