Thoughts On an Intial Viewing of Watchmen

Posted in: Brain Blasters by David Annandale on March 13th, 2009 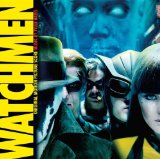 Well, I might as well follow up last week’s piece with my own thoughts about Watchmen, now that I’ve seen it. Let me begin with the most important point: these musings must be understood as provisional. My feelings are mixed, and I think I will have to see the film a few more times before I can come to a definite conclusion about it.

That caveat out of the way, let me begin by saying that, all in all, Zack Snyder’s interpretation is staggeringly faithful to its source material. One isn’t really faced with a question of what is changed, because the answer is, other than one significant aspect of the ending, virtually nothing, and even that aforementioned change is true to the spirit of the original, and the case has been made that it is actually an improvement. It is certainly an elegant solution to one of the more problematic, much-debated elements of the comic. In any event, the question is more about what is left out, and even that is precious little, considering the task of packing the entire twelve issues into the space of a single film. Yes, there is compression, yes, there are events passed over, but there is barely a moment from the text that doesn’t show up in some form or other.

The film’s visual fidelity is even more striking. Other than Silk Spectre’s costume, the characters have been transposed from page to screen with a precision that one would have thought impossible, looking exactly like their printed counterparts, even out of costume. Rorschach and Dr. Manhattan, in particular, are uncanny in their resemblance to Dave Gibbons’ illustrations. Rorschach’s flat, dead monotone has been replaced with a growling, Clint Eastwood rasp, but the effect is nonetheless pleasing.

So I’ve said the film mirrors the book’s plot and is an almost perfect reproduction of its look (and this extends to the representation of the world of the story as well). So how can my feelings be mixed? They are because I’m not sure the movie entirely works as a movie. I’m not sure that it stands on its own. It may be that it is actually too faithful to its source. I said, above, that almost every scene in the comic shows up, even if it does so in abbreviated form. My worry is that the scenes are too abbreviated. If you’ve read the comic, you’ll understand what is going on, but if you haven’t, is the result too choppy and confusing? For example, when we get the scenes of Rorschach in prison, events that originally took days or weeks in the comic are now reduced to a single day. Dr. Malcolm Long, Rorschach’s psychiatrist, has his story reduced to essentially one scene. Similarly, Bernie the magazine vendor and Bernie the comic reader also show up for one shot. What emotional resonance can there be here except for what is imported by readers of the comic?

Then there’s the dialogue. Much of it is verbatim Moore, and though there are a few unfortunate dumbing down changes (such as actually having the characters refer to themselves as “Watchmen”), there is also the fact that Moore’s style is very literary, and that does not necessarily translate very well onto the screen. There were times, then, when it seemed to me that I wasn’t watching characters engage in a conversation; I was watching actors declaim dialogue from the comic.

On a side note, Zack Snyder continues to indulge in excessive use of slow motion, but at least he does so far less here than in 300.

So there we are, and I’m not sure where exactly “there” is. In the final analysis, does the film work? I’m not sure. My initial response is that V for Vendetta is a more successful transposition of Alan Moore to film. Do I want to see Watchmen again? Yes, definitely, and that is a point it its favour. The last time I remember being this conflicted about an adaptation, the movie was The Shining. At first I hated it. Ten years later, I finally loved it. I think I might be having a rather complicated relationship with Watchmen, too.