First Look Studios has graciously given us a couple of Xtra Large T-Shirts for The Code to give away.
To enter to win just follow these two steps…

Contest is now closed. The winners are: Nikki, and Kathy Pease. Congratulations!

And don’t miss our upcoming review of The Code on Blu-ray. Both discs street June 23rd so head over to Amazon and pre-order yours today! 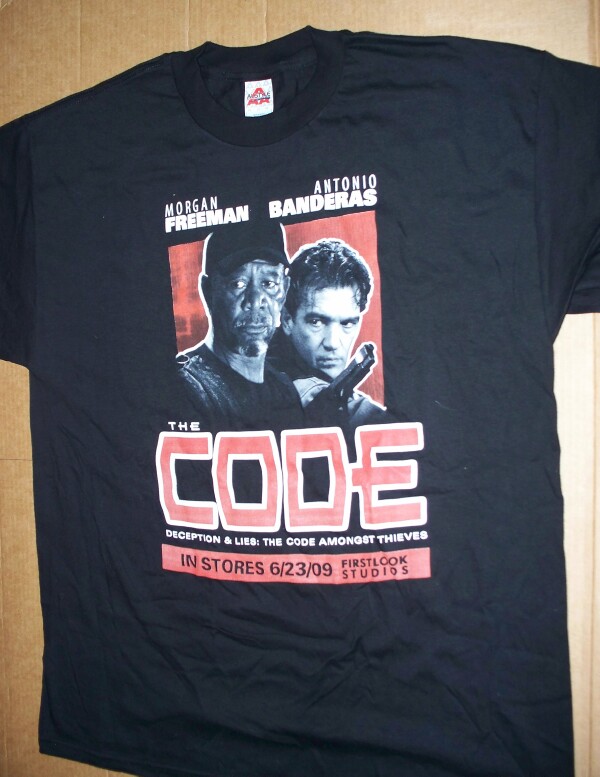 Gino Sassani is a member of the Southeastern Film Critic's Association (SEFCA). He is a film and television critic based in Tampa, Florida. He's also the Senior Editor here at Upcomingdiscs. Gino started reviewing films in the early 1990's as a segment of his local television show Focus. He's an award-winning recording artist for Omega Records. Gino is currently working on his 8th album Merchants & Mercenaries. Gino took over Upcomingdiscs Dec 1, 2008. He works out of a home theater he calls The Reel World. Favorite films: The Godfather, The Godfather Part II, The Body Snatcher (Val Lewton film with Karloff and Lugosi, not the pod people film), Unforgiven, Gladiator, The Lion King, Jaws, Son Of Frankenstein, The Good, The Bad And The Ugly, and Monsters, Inc.
Contest: Win A Copy Of First Look Studio’s The Code on DVD Dare to Play the Game