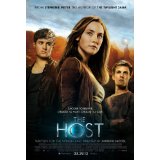 When I tell you The Host is one of the worst movies I’ve ever seen, you’ll probably think I’m exaggerating. There’s a decent chance you don’t know me and that we’ll never meet, so there’s no way for you to know I’m not prone to hyperbole or making “Best Ever/Worst Ever” statements. Obviously, I haven’t watched every movie that’s ever been made, but I feel reasonably confident in saying I’ve seen more than most people. Since I don’t make pronouncements like these lightly, I’m going to do my very best to explain why The Host — a stunningly bad sci-fi/romance that utterly fails as a work of science fiction and as a big-screen love story — is among the most inept films I’ve come across.

The Host is based on Stephenie Meyer’s 2008 novel of the same name. I suppose you could blame part of my extremely negative reaction to this film on some sort of prejudice against the Twilight author or her super-successful vampire franchise, but that bias doesn’t totally exist. (By the way, that was the one and only time I’ll be using the T-word; I don’t need to invoke it to discuss the unique atrociousness of this film.) Anyway, the nicest thing I can say about The Host is that it seems interested in exploring Big Ideas about the nature of humanity and the loss of free will. Unfortunately, those ideas are mangled by storytelling that veers back and forth between overly simplistic to shockingly incompetent, as well as a pair of romances that are likely to leave the sappiest of moviegoers groaning out loud.

“Our world has never been more perfect. Our world is not our world.”

The Earth is finally at peace in the world of The Host. Of course, the twist is this peace wasn’t achieved by humans. The planet has been invaded by a placid, parasitic alien race called “Souls” who inhabit human bodies and force actors to wear painful-looking contact lenses. Melanie Stryder (Saoirse Ronan) is part of a small pocket of human resistance. She is captured early on and implanted with an alien known as Wanderer. Although Wanderer controls Melanie’s body, her human host refuses to completely go away.

While the militant Seeker (Diane Kruger) wants Wanderer to access her human host’s memory so she can track down and squash the rebels, Wanderer starts to dream about Melanie’s past life, which includes little brother Jamie (Chandler Canterbury) and (of course) a hunk named Jared Howe (Max Irons.) Melanie/Wanderer — later shortened to “Wanda” — eventually breaks free from the Souls and meets up with the human resistance led by “benign dictator” Jeb (William Hurt), who also happens to be Melanie’s uncle. (It should also be noted every man in the resistance, except Jeb, could double as a Hollister model. These are Stephenie Meyer characters, after all.) Jeb believes there’s still a part of Melanie living inside his new alien guest.

As you can see, The Host had the bare bones of a story that could’ve explored the things that make us human. How important is a soul? Do memories matter more than present experiences in terms of who we are? A lot of this ground has been covered more successfully in films like Invasion of the Body Snatchers (both the 1956 original and the great 1978 remake; we’ll leave out the 2007 Nicole Kidman/Daniel Craig version). Instead of taking the opportunity to make any sort of pertinent or satirical point, The Host uses this solid framework as the basis for an indescribably goofy love triangle.

Actually, it’s more of a love quadrangle since each side of Melanie/Wanderer has a suitor: Jared still hopes to reach Melanie, while fellow rebel Ian O’Shea (Jake Abel) gets over his initial hatred of our alien overlords and falls for Wanderer. (I’m sure the alien’s occupation of a cute young girl has nothing to do with it; Ian would undoubtedly be drawn to Wanderer’s spirit if it inhabited the body of a fat slob, right?) What follows is an endless series of forced kisses and eye roll-inducing romantic beats. Any fun stuff with the guileless Souls — at one point, one of them willingly hands over his car — gets pushed so far to the back burner that it’s not even on the stove top. The characterization of the Souls consists of blank stares and an odd fondness for mirrored chrome vehicles.

The fact that The Host has a talented writer/director and an exciting leading lady makes the movie’s awfulness infinitely more offensive to me. (This isn’t a low-budget, SyFy production with a non-actor in a leading role.) Andrew Niccol (Gattaca, Lord of War) always has interesting ideas for movies, even if the final product turns out to be a dud (In Time). So even though he’s adapting Meyer’s work, the dystopian future/sci-fi material is right up his alley. Instead, the story is told without any wit or energy; I mean, even some honest-to-goodness weirdness would’ve been a welcome relief. In other words, Niccol’s own screenplay downplays his strengths as a filmmaker and he’s stuck directing a very badly acted melodrama. There may be a ton of kissing, but the movie is as soulless as its alien invaders.

Ronan (Atonement, Hanna) is fighting a losing battle from the beginning. The actress is certainly up to the challenge of playing two different characters, but Niccol doesn’t do her any favors by presenting “Melanie” exclusively through whiny voiceover. I get that Melanie is fighting for her place in the alien’s head space, but the storytelling device ends up being as irritating for the audience as it is for Wanderer. Her romantic scenes with Irons (dull as dishwater, even though he’s playing a fiery character) and Abel (faring better than Irons, which isn’t saying much) are so forced and unconvincing, it’s almost impossible to develop any real heat with either of them. Kruger brings a bit of a spark to her antagonistic role before Seeker is declawed as a villain. Meanwhile, Hurt shuffles through the motions as the possibly crazy/genius Jeb, but even he can’t be bothered to properly chew on some scenery. (At most, he half-heartedly pokes it with his fork a few times.)

I don’t think I’m spoiling anything when I say The Host wraps up with a scene that strongly implies a sequel. I’m very well aware there are people out there who will enjoy this film and be excited to see more. For me, obviously, that final-scene implication came off more like a vicious threat.