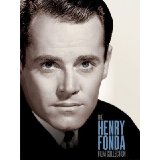 20th Century Fox wants you to spend Father’s Day with Dad watching a movie or two. If you’re looking to bring your experience with Pop into high definition, they have just the titles for you. These classics have been re-mastered and offered in high definition just in time for Father’s Day on June 16th.

Paul Newman’s Frank Galvin has seen better days. Now he’s a broken-down, alcoholic ambulance-chaser. But then his last chance arrives in the form of a negligence case being brought against two doctors who gave a young woman the wrong an aesthetic, reducing her to a vegetable. Though Galvin at first is planning to settle out of court, he changes his mind, and the result is a David-and-Goliath courtroom struggle.

Though a 1982 release, The Verdict still has much of the feel of a 70s film. Its tone is somber, its pace stately, and there are lots of long silences and meaningful looks. Newman’s performance is assured, and he dominates the film, ably abetted by David Mamet’s screenplay. Newman does make room for Charlotte Rampling, however, who manages to be expressive while keeping her face immobile.

A literate, involving courtroom drama with a top-drawer cast and a commentary that, interestingly, matches the mood of the film. A solid evening of cinema with Dad.

Brubaker is based on the real-life story of Tom Murton, a prison warden from Arkansas who was at the center of exposing abuse and murder in the state prison system. In the film, however, Murton becomes Henry Brubaker (Robert Redford), the new warden at Wakefield Prison – one of the most unpleasant and repulsive prisons around. Posing as a prisoner, he decides to check things out from the inside as one of its residents. What he finds is shocking; intimidation, beatings, torture, and ultimately, something much worse.

Brubaker makes himself known in due time and starts making waves from that point forward. Marching ahead as a one-man army, Brubaker does what he can to start making drastic changes in the day-to-day operations of the prison by uncovering and exposing the seedy underground operations that are exploiting the prisoners for political and monetary gain. While presenting himself as someone who actually feels the prisoners’ pain, Brubaker fights against the injustices and attempts to buck a system that doesn’t necessarily want to be bucked.

The old establishment was completely happy with the way things were before Brubaker showed up, and now his personal crusade has put him dead center in the crosshairs of the good-ol’-boy network. When Brubaker insists on exposing a series of secret murders, he gets more than he bargained for and sets off a firestorm of trouble. Unfortunately, the film ends in a war of words, lectures, and speeches that ultimately take away from the tense and distressing moments earlier in the film.

“He was one of the doggonedest, gawl-dingedest, dad-blamedest buckaroos that ever rode across these United States of America!”

Looking for something with a little more class to share with Pop? Look no farther. When it comes to Hollywood fathers, Henry Fonda has to be at the top of the list. We’ll forget about daughter Jane. 20th Century Fox has released a rather sweet collection of Fonda films in one set. It’s the perfect movie collection to sit down and watch with Dad this Father’s Day. These might be DVD’s but together they are an awesome collection

Henry Fonda is Tom Joad, returning home after serving four years in prison for killing a man. He arrives to find the farms of Oklahoma devastated by drought and all the families dispossessed of their land. He and his family become part of the great migration from the Dust Bowl to the Eden of California. There they face exploitation, persecution and misery, and Fonda’s rage at the injustice grows.

John Steinbeck’s enormous novel found a stunning screen incarnation in this John Ford picture. John Ford’s direction and the performances by Fonda, Jane Darwell and John Carradine are matched by the exquisite photography of Gregg (Citizen Kane) of the land. The movie is thus as beautiful to look at as it is emotionally devastating. An unblinking look at a dark period of American history.

The Earp brothers, Wyatt (Henry Fonda), Morgan, Virgil and James, are herding their cattle past the town of Tombstone, Arizona. The cattle are stolen and James is murdered. Ex-Marshall Wyatt suspects the Clanton family, but lacks proof. He becomes Tombstone’s lawman, biding his time, waiting for the Clantons to make a mistake. While he waits, he strikes up a prickly friendship with the cynical Doc Holliday (Victor Mature). The tension between the two men is intensified by…the arrival of Holliday’s old flame Clementine.

This is the western as gorgeously shot character piece. After the almost gothic opening with the death of James, the film is (by western standards) very quiet until the explosion of violence of the famous gunfight at the end. In between these moments, our focus shifts back and forth between Fonda and Mature. Much of the characterization is achieved without dialog, and DP Joseph P. MacDonald’s compositions are breathtaking. Funny, charming, and tense, this is the western at a very high level.

Fonda plays the famous Frank James, brother to Jesse and leader of the infamous James Gang in both of these films.

The first was really an attempt to get the story right. Of course, this is Hollywood, and the characters are brought to us larger than life. This was also not terribly long after the actual events of the story, and Jesse’s granddaughter signed on as a consultant for the film. Jesse is played by Tyrone Power and is played more like the cult hero Hollywood has traditionally made the character. Even the granddaughter thought Power had not portrayed the cold-blooded killer Jesse really was. The film was also noted for its early use of Technicolor and the rather beautiful vistas the cinematography displayed. John Carradine plays the infamous Robert Ford, who shot Jesse in the back. Another notable horror actor, Henry Hull, also rounds out a wonderful cast. Unfortunately, the film has been remembered less for these performances than the death of one of the stunt horses that went over a cliff during filming. This was actually the incident that brought about those disclaimers that end many since that no animals were harmed during the shooting.

It is the second film that really sets the bar for me. It was directed by the legendary German director Fritz Lang. At first glance Lang would appear an odd choice for a western film, but it stands out as one of the best from that era. It was Lang’s trademark understanding of dark psychology that made this such a stand-out film. Lang knows how to bring the darkness out of an actor, and Fonda went where he seldom had since in this one. No more mythical hero business here. Frank James is out for revenge. Just take a look at some of Fonda’s close-ups, and they will send a chill down your spine that you won’t soon forget. For me, this is the hidden gem of the collection.

Tony Curtis actually steals this film with his iconic portrayal of infamous serial killer Albert DeSalvo. Fonda plays Officer John Bottomly who is on a personal crusade to take down sex offenders in order to nab DeSalvo. The film follows DeSalvo’s life during the two years of his crime spree. It awkwardly ends with an epilogue that explains that there are many who believe that DeSalvo was not the killer when it was shown on television in 1974.

Other Fonda films in this collection include:

Henry Fonda was quite a prolific actor for many years. He took a variety of kinds of characters, but we always seem to remember him as the gentle father-figure. He had a wholesome character that would have fit in on any of the 1950’s family shows. He was too busy filling up the silver screen. He worked with some of the best directors because they wanted to work for him. He was always remembered fondly by his cast mates and directors. A kind soul, a rare thing in Hollywood today. Why, I bet, “Never so much as even stole a chicken in his whole life!”

Gino Sassani is a member of the Southeastern Film Critic's Association (SEFCA). He is a film and television critic based in Tampa, Florida. He's also the Senior Editor here at Upcomingdiscs. Gino started reviewing films in the early 1990's as a segment of his local television show Focus. He's an award-winning recording artist for Omega Records. Gino is currently working on his 8th album Merchants & Mercenaries. Gino took over Upcomingdiscs Dec 1, 2008. He works out of a home theater he calls The Reel World. Favorite films: The Godfather, The Godfather Part II, The Body Snatcher (Val Lewton film with Karloff and Lugosi, not the pod people film), Unforgiven, Gladiator, The Lion King, Jaws, Son Of Frankenstein, The Good, The Bad And The Ugly, and Monsters, Inc.
Rawhide: The Sixth Season – Volume 2 The Philadelphia Experiment (2012) (Blu-ray)