Whelmed… But Not Overly 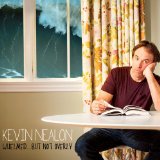 What an accurate title for this stand-up, “Whelmed But Not Overly.” The title of the stand-up resonates with me the most because it perfectly reflects my opinion of Nealon’s stand-up. I think that is reasonable to say that by now everyone has an idea of who Kevin Nealon is; you may not know him by name, but my guess is if he were to show up on your TV screen you’d go, “Hey I know him from somewhere.” For most, it would be that you recognize him from his tenure on Saturday Night Live, or as the corky resident funny man on the Showtime series Weeds, or perhaps in the background of a couple of your favorite Adam Sandler films. However, is it much harder to be the funny man in stand-up vs. on a TV show or movie; it requires impeccable comedic timing and charisma that moves the crowd. Although I am sure this not Nealon’s first rodeo, he did not deliver what was need to keep my interest.

Part of the problem for me was that during his set, Nealon came out and only briefly touched base on a wide array of subjects. No real time was spent on the importance of subject. Why is this topic worth discussing and how is it relevant to me? These are questions that the audience asks themselves during stand-up; the audience looks to comedians to be the voice for all the things that are unable to say in everyday life, but with subjects like Remember When, a subject essentially about how people’s voices raise an octave when reminiscing, he is not acting as their voice. Nor does talking about the different celebrity’s that he has crop-dusted (I did not know what crop-dusting was before this special, which either makes me innocent or entirely clueless, not sure which one yet); however, it did turns out to be one of the more enjoyable sections of the set, not really sure what that says about me, but it’s true. Ultimately the topics that Nealon discusses are not things that I really spend time thinking about, which at least in my case makes them kind of pointless.

There were times where he managed to pull a chuckle or two out of me; such was the case with his running gag about not wanting to get sick, or the final portions of his stand-up relating to close calls he’s had with women and when he need a enema; however, most of his topics of discussion failed to capture my interest, and truth be told, if I can’t relate to the material, it’s simply not for me, and I am left, “whelmed but not overly.”

Jeremy Butler is a film school graduate of the International Academy of Design and Technology. He is been writing for Upcomingdiscs since 2012; however, movies have played a big part of his life for much longer. Favorite genres include horror, science fiction/fantasy, and comedy. Favorite movies are V for Vendetta, Boondocks Saints, Kiss Kiss Bang Bang, and The Godfather.
Aftershock (Blu-ray) Paranoia