Posted in: No Huddle by Gino Sassani on September 24th, 2013 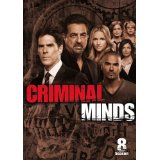 Enter Agent Rossi (Mantegna) who is actually one of the unit’s founding fathers. Agent Hotchner (Gibson) is the often stoic agent in charge who defers to Rossi’s judgment most of the time. The team also includes young Dr. Reid (Gubler), who is a genius but lacks the necessary skills to have much of a social life. Agent Morgan (Moore) is the dynamic soul of the team, possessing an unending supply of energy to drive their investigations. JJ (Cook) returns as the public face of the team, handling liaison duties with local law enforcement and also the team’s press relations. In a command center that rivals the bridge of the Enterprise is Agent Garcia (Vangsness) who handles the computer research while the rest of the team is in the field. Together they travel to hot spots throughout the country to help local cops and feds with hard to capture UnSubs (what the team calls the criminal, and means Unknown Subject).

Going into the 8th season the cast is still pretty much largely intact. It seems that Mandy Patinkin is almost completely forgotten, and while Jennifer Jaeau’s JJ character left at one point she’s been back for a while. This season sees the arrival of a new member to the team. Big Love’s Jeanne Tripplehorn arrives as a new agent. She has had a troubled past with Director Strauss, played by Jayne Atkinson, as a recurring character since the second season. She blames Strauss for her career getting stuck in the mud and has a bit of a chip on her shoulder as she thinks her arrival at the BAU is long overdue.

The cases continue the show’s tradition of offering the most bizarre of murders and murderers. Tortured bodies stuffed into crates in an episode that guest stars Chucky himself, Brad Dourif. Another killer collects blood. Hey, you don’t suppose Dexter’s been moonlighting, do you?  Another guy sews his victim’s mouth shut. Another episode features a killer who rips out the victim’s tongues. The show delivers on the gory bodies and twisted personalities.

The big story is that the show takes an uncharacteristic turn at a season-long story arc. The elusive killer is called The Replicator, and when he’s finally brought down at the end, it won’t be before one of their own falls to the killer. Mark Hamill makes a great guest appearance in the season finale as the demented killer.

Extras on the set include more of those Profiler’s Handbook features on specific episode, a writer’s round table, and a profile of the new character/actress to join the show. These extras do contain spoilers, and it’s absolutely best to wait until you’ve seen the entire run of episodes before you venture into them. There are also some deleted scenes and a gag reel.

Criminal Minds continues to impress. Yes, it’s a police procedural series, but there are several things that continue to make it stand out from the rest. The cast is brilliant and have a very powerful chemistry. It doesn’t hurt that the stories continue to be clever and imaginative, and the show does a pretty solid job of not repeating itself. Even with this season’s story arc the episodes all still work as standalone. After eight years that’s all very hard to pull off. “My hat’s off.”

Gino Sassani is a member of the Southeastern Film Critic's Association (SEFCA). He is a film and television critic based in Tampa, Florida. He's also the Senior Editor here at Upcomingdiscs. Gino started reviewing films in the early 1990's as a segment of his local television show Focus. He's an award-winning recording artist for Omega Records. Gino is currently working on his 8th album Merchants & Mercenaries. Gino took over Upcomingdiscs Dec 1, 2008. He works out of a home theater he calls The Reel World. Favorite films: The Godfather, The Godfather Part II, The Body Snatcher (Val Lewton film with Karloff and Lugosi, not the pod people film), Unforgiven, Gladiator, The Lion King, Jaws, Son Of Frankenstein, The Good, The Bad And The Ugly, and Monsters, Inc.
Scenic Route Iron Man 3 (Blu-ray)