Posted in: No Huddle by Jeremy Butler on September 25th, 2013 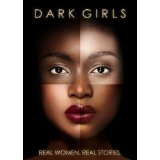 I am not a huge fan of documentaries, but I am coming around. Something about their format always reminded me of the educational films I would have to watch in school, and considering I spent most of my time trying to escape school, I suppose I was never willing to give proper documentaries the attention that they deserve. However I am much older (and mildly wiser) now, and I was able to give Dark Girls my full and undivided attention, and it proved to be worth every second of it.

Colorism: Prejudice or discrimination based on the relative lightness or darkness of the skin; generally a phenomenon occurring within one’s own ethnic group.

Dark Girls was an extremely eye-opening experience. From the title you can infer that it deals with race; however, it encompasses so much more, and its exploration is far from the conventional sense. Normally when hearing about a documentary that deals with race, it is assumed that it is about interracial relations, but that is not the case with Dark Girls; this film highlights the difficulties for dark-skinned women in relation to their own race. Pulling no punches and exploring every avenue including speaking with psychological experts from Cal Arts, National Association of Black Psychologists, actors Viola Davis and Michael Colyar, as well as conducting street interviews and personal interviews with everyday people, the film covers a wide range, providing the most detail possible.

Beginning with a brief history lesson, the film tells of how even back during the time of slavery different treatment existed between those of lighter and darker complexion, referencing an old technique known as “The Paper Bag Test,” which ultimately was the deciding factor in how an individual was treated. The film is comprised of several categories, each one bringing forth an important message about the different struggle dark-skinned women face with each subject. In the Family subject, the participants shared their experiences when it came to their family; one interviewee spoke about listening to her mother praising her beauty and how all of her words were destroyed when her mother confessed a desire for her to be lighter. In Men: On Women and Women: On Men, men told of their preference towards dark-skinned women or their aversion of said women for lighter complexion, while women address the contradictory treatment they have received from men within and outside of their race; it would seem that men outside the shared race have shown a greater appreciation for dark-skinned women than men within the same race.

Before watching Dark Girls, I must confess obliviousness to this issue. Subconsciously I may have noticed things, but these same things were discarded in the same instance. However, since watching the documentary, I have found myself searching my own memories and seeing things that I did not pay attention to the first go around. Suffice it to say that alone should speak to the power of this story to provoke such a response, and if it had the ability to do that with me, I can’t imagine the kind of power this film will have with someone more in tuned with the subject. It gave a much needed voice and allowed real people, famous and everyday men, the opportunity to be heard and to get their point across; this unquestionably is the film’s biggest strength.

Jeremy Butler is a film school graduate of the International Academy of Design and Technology. He is been writing for Upcomingdiscs since 2012; however, movies have played a big part of his life for much longer. Favorite genres include horror, science fiction/fantasy, and comedy. Favorite movies are V for Vendetta, Boondocks Saints, Kiss Kiss Bang Bang, and The Godfather.
The League: Season Four Arrow: The Complete First Season (Blu-ray)