Posted in: Random Fun by Archive Authors on October 20th, 2013 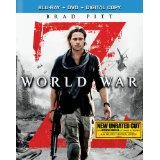 What is horror? It is something truly terrible that we are afraid of. War is full of horror, but we tend to compartmentalize that as a fact of life or simple necessity. So we’ll put war aside, because the unspeakable atrocities that occur during war are sanctioned by international law. But it is difficult for me, because the unspeakable nightmare that is war throughout history is the ultimate in horror. When we see the enormously popular The Walking Dead or World War Z, we are seeing a metaphor for war. The unbridled frenzy that is a zombie attack comes close to making us understand what war is like. World War Z also tried to give us a clear connection to what a world wide pandemic would be like. The Black Plague and the killer flu were real things that killed millions. When we go about our daily lives we don’t like to think that death is eminent, but it is always in our subconscious. Death is in our DNA. We may not want to think about it, but it always courses through our dreams. We watch horror films to confront our fears. There are very real fears.

The most obvious of our real fears is the crazed, psychopathic killer. No one would deny that this is real. I always think back to the book by Robert Louis Stevenson about Dr. Jekyll and Mr. Hyde which was published not long before a similar case took hold of the popular imagination. Jack the Ripper has been linked to another killer who built a hotel in Chicago designed specifically for his prodigious need to kill. Some suggested it was this killer who went to London to commit similar murders. There was another set of gruesome murders in Cleveland that were linked to the Black Dahlia case. The point is that horrifying mass murders have been around for a while. There is the story of a Scottish clan of 40 who ate 1000 victims in the 16th century. It supposedly inspired The Hills Have Eyes.

5000 years before Christ the play Oresteia contains ghosts. The Bible and the Torah contain ghosts. In Luke 24: 37-39, Jesus tells the disciples he is not a spirit. Mankind has believed in spirits for a long time, but today many people scoff at it. My thinking about many things supernatural is, “I don’t know”. But I certainly have a greater degree of belief in ghosts than I do in vampires, zombies, werewolves, mummies, or other creatures of the night. Demons are also a part of the religious history of mankind.

Our relationship with these concepts is ingrained in our subconscious. The question of whether any of this has validity is clearly not going to be answered. These myths and legends merge with reality in our nightmares. It is the true horror that we encounter that we fear the most. Is it easier to face our fears of vampires and demons because we believe we will never face them in reality?

Possession by demons is popular in the movies. Many of these films are based on true stories like The Exorcist, The Conjuring, and The Amityville Horror. Do we believe there is such a thing? It doesn’t matter. Somewhere deep in our subconscious we believe in demons. We believe in demons because they are real. There are flesh and blood demons. There is nightmarish evil that flesh and blood demons perpetrate every day. We can’t begin to process the real horror in the world, because there is too much of and it is too overwhelming.

Howard Phillips Lovecraft is one of the most famous names in horror literature, but he also wrote a critical history called Supernatural Horror in Literature. He was a student and a fan of what makes these stories work on us. In it he said, “The one test of the really weird is simply this—whether or not there be excited in the reader a profound sense of dread, and of contact with unknown spheres and powers; a subtle attitude of awed listening, as if for the beating of black wings or scratching of outside shapes and entities on the known universe’s utmost rim.”

“31 Nights of Terror” Embrace of the Vampire (1995) (Blu-Ray) “31 Nights Of Terror” Contest: Win A Monsterous Holiday From Arc Entertainment