Posted in: No Huddle by Archive Authors on October 25th, 2013 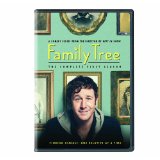 The right honorable 5th Baron Haden-Guest is a well known multi-hyphenate. He is probably best known as Nigel Tufnel who likes to turn things up to 11.  He is also renowned as Count Tyrone Rugen, the evil six-fingered man.  He has also been called Corky St. Claire, Herb Minkman, Rajeev Vindaloo, Senor Cosa and Harlan Pepper, but only when he has the appropriate costume. He is married to Jamie Lee Curtis, and she likes to be called the baroness. I should say that the hyphens I mentioned are used to divide his many tasks like screenwriter/director/composer/actor/comedian/musician/American/Brit (with official dual citizenship), and he holds a hereditary British peerage and was active in the House of Lords until the House of Lords Act of 1999. He was part of the early days of National Lampoon with Chevy Chase and John Belushi but didn’t follow them to Saturday Night Live until much later, pairing up with Billy Crystal on the show. He also guest-starred on All In The Family as a friend who in a flashback episode set Mike(Rob Reiner) and Gloria on their first date. Rob Reiner and Billy Crystal would reunite with Guest in two subsequent films, This is Spinal Tap and The Princess Bride. This led him to making a series of films that many consider the finest examples of “mockumentaries”, but Guest would say that he mocks no one but has respect and love for the various groups he has essayed and displayed.  These films are Waiting For Guffman, Best in Show, A Mighty Wind, For Your Consideration, and now the HBO series Family Tree starring Chris O’Dowd.

Family Tree is different than the films because it is more a journey by one person through his own heritage than the joining of a crew of like-minded individuals as in the other films. O’Dowd (Tom Chadwick) is best known for his charming supporting appearance in the film Bridesmaids, but he is the anchor here. It is his journey initiated by the inheritance of a trunk of junk that seems to unlock the secrets of his family’s history. He is recently heartbroken and unemployed, so he has nothing better to do than hunt down clues from the trunk. In the first season it leads him from various towns in England to halfway across the globe in California where he uncovers many, many surprises. Three of the surprises include relatives like a Jewish movie cowboy, a grandfather that may have fought on both sides of the Civil War, and a genuine great-grand- Indian squaw. Tom’s perpetually horny best friend and his sister with a surly, cheeky, foul-mouthed monkey puppet always by her side are his support system and wind up joining him in California (because they are both so messed up). Guest regulars Ed Begley Jr., Bob Balaban, Kevin Pollack, Fred Willard and Michael McKean make required appearances in the first season.

There have been questions flying whether the show will be renewed for a second season. It is a co-production between HBO and BBC, and it has been suggested they are waiting to see how it does in Britain. Most American critics have praised it and welcomed it with open arms.

Family Tree should be given a chance to grow. It shows potential to become more and more outrageous as we see the limbs and roots of this already crazy and warped tree. It wasn’t heavily promoted because it is genuinely oddball, but it is also genuinely appealing. I think effort should be made to fertilize an audience, because there is definitely concern that this first season will be its last. I think the chance of finding an endless supply of wacky cousins and goofball aunts and long lost wayward great-great-great grandfathers makes this a good bet. Considering the high profile of most HBO shows, this one is being treated like the redheaded step child. HBO needs to hustle to sign it up and let everyone know how flavorful the fruit of this tree is. Even if it is not renewed, it still stands as another great achievement for Christopher Guest, or the right honorable 5th Baron Haden-Guest, and something his relatives on both sides of the pond can be proud of (unless, of course,  they are snooty, upper crust wackos).