Out Of The Furnace

Posted in: The Reel World by Brent Lorentson on December 6th, 2013 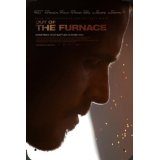 Director Scott Cooper made his directorial debut with the much critically acclaimed film Crazy Heart.  It was an impressive first film that managed to get Jeff Bridges an academy award.  With Out of the Furnace, Cooper again has a film on his hands that may gain some award recognition due to the many great performances sprinkled throughout the film.  But aside from the great performances, how does the actual film hold up?  It’s something I’ve been pondering for a bit.  The film wastes no time showing us its dark side right from the start.  Harlan DeGroat (Woody Harrelson) is out on a date and heaving outside his car at a drive-in theater.  This isn’t the Woody Harrelson we’re used to.  He’s rough-cut and mean.  When his date talks back him, not only does he seem to enjoy degrading her, but like a vicious dog he snaps and attacks her.  When an on looker walks over to help, you already know this won’t end well for the man who simply wants to do the right thing and help a woman in distress.  This scene plays out as one of my favorite introductions to a film’s villain in quite some time.

As for the star of the film, Christian Bale, he plays Russell Baze, a working-class man who works at the town steel mill barely making ends meet, but he’s content.  The same cannot be said about Russell’s little brother Rodney (Casey Affleck); he’s a veteran who is back from Iraq and is struggling to get back on his feet.  He doesn’t want a life in the mill but the town has little to nothing to offer which leaves Rodney with little choice but to spend what little he has (and borrows) on gambling.  Russell wants to help his brother, but Rodney, whether through pride or stupidity, simply won’t take help when it’s offered regardless of the circumstances.

Russell wants to help his brother, and the only way he can see how is to go to the town’s bookie, John Petty (Willem Dafoe) and pay off the money Rodney owes.  From the trailers I had expected that Dafoe would come into this film and chew up the scenes as the big scary villain; instead he comes into this role with compassion, and Petty seems to have a soft spot for Rodney, which leads into him setting up bare-knuckle fights for Rodney.  It’s during the fights where Rodney comes alive and the thoughts of ever taking a dive seem to escape him; Rodney believes he can’t control it, and to a point I want to believe him; after all it’s in the ring where he can help but exercise the demons he brought back with him from the war.

For Russell, though, his life is only about to take a downward spiral after a freak driving accident results in him doing time in prison.  While behind bars everything seems to fall apart; his father dies, the woman he’s in love with leaves him for another man, Russell is pushed to the cusp of an emotional breakdown, yet still he manages to hang in until his release from prison.  It’s throughout this portion of the film where I feel Bales’ performance excels; instead of going for an emotional dramatic release filled with tears and screaming, what he delivers is more subdued and simply rolls with the punches.

Things only get worse after Russell’s release; seriously, this film tortures its lead character but continues to make us want more, to see how far a man can be pushed before he finally breaks.  When the film finally gets to the fight (organized by DeGroat) that Rodney believes could help end his money woes, we know before the fight even ends something bad is in store for Rodney, as for what it is, well, that’s simply something you need to experience for yourself.  From the trailers though you know that Rodney has gone missing, and what follows is Russell’s pursuit to discover what happened to him.  The local chief of police, Wesley Barnes (Forest Whitaker) offers little to no aid, and his connection to Russell seems to only add insult to injury.  Seeing Whitaker put on a gruff country accent was a decision they made with the character.

The problem with the film, though, despite having these rich, fully-developed characters and a fairly intriguing plot, as that the film never really hit a rhythm for me.  Once the plot seemed to get rolling something would occur to derail it.  Thematically you can see how Cooper draws from The Deer Hunter, but the film never quite manages to have the same level of impact.

The cinematography is one thing I absolutely loved about the film.  Masanobu Takayanagi, who did a beautiful job with The Grey, the gloom that surrounds the film as well the smoke and grit works so well at sucking us into the life of the film.  There is this beautiful shot of Harrelson in the middle of the woods, filmed in very little light that was simply haunting.  The locations picked to film throughout Pennsylvania, though they were beautiful at times, some of the sets like the deplorable hideouts DeGroat had spread out through the backwoods town seemed to be a tetanus shot waiting to happen, but it’s this realism that helps suck us into Russell Baze’s journey.

I’m sure as the awards season plows on it’ll pick up a few nominations for its acting but will ultimately get lost in the shuffle of all the other contenders.

Brent Lorentson is a horror writer and film critic based out of Tampa, Florida. With a BA in Digital Film, he co-wrote and co-directed Scavenger Hunt. His short stories have appeared in various horror anthologies. In 2019 his short script Fertile Blood will be a part of the anthology horror film Slumber Party. He is currently working on his first novel A Dark and Secret Place set to be released in late 2019. Favorite Films: Taxi Driver, Fight Club, I Saw the Devil, The Wild Bunch, Dawn of the Dead, A Clockwork Orange, Pulp Fiction, Heathers, The Monster Squad, and High Fidelity.
Gift Guide Spotlight: Paramount/CBS Women Without Men