Posted in: No Huddle by Jeremy Butler on December 30th, 2013 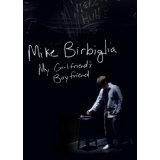 It’s always difficult to watch a stand-up from a guy you know nothing about. No matter how hard you try, you will always have preconceived notions about the guy based solely on what he chooses to title his stand-up. I’ve said it once and I will say it again, titles play a big part in whether or not a person is going to take a chance on something they know nothing about. It is what makes the first impression of a perspective audience, and it is the deciding factor on whether a person picks up and buys or picks up and puts back on the DVD rack. With a title like My Girlfriend’s Boyfriend, Mike Birbiglia gave himself a nice advantage; however this stand-up is a good example of how looks can be deceiving.

Not a very captivating stand-up, if I’m being honest; Birbiglia does project this image of being a regular joe, your basic everyman. In fact for the first part of his set, I spent my time racking my brain to trying to recall where else I have seen him. However despite my original belief that I recognized the comedian, after an extensive check of his IMDB filmography I can say with confidence that I had never encountered him before this disc. That said, this is not a stand-up that stayed with me even as I watched. The topics are relatable, with Birbiglia tackling a subject that anyone could easily relate to, love. The trouble is in the delivery; there is no attention-grabber. This is simply a biography about a man who appeared to have no luck when it came to dating.

Chock-full of tales from the comedian’s past detailing everything from his first kiss to his inability to sustain a long-lasting relationship with the opposite sex, Birbiglia lays himself bare in front of the sold-out crowd in this one man show. However, despite the authenticity of his performance and the material, the show never manages to resonate with me or draw me in; the most his attempts at humor get out of me are a light chuckle, and I require more from a comedian.

The subject matter is usually a crowd-pleaser, but it did not please this audience member. Birbiglia was simply not a charismatic showman; he lacks energy. His routine is him going through the motions, and it is evident in the way he conducts himself. There are a few instances where he attempts to go off-script and bring the audience into the act, but even that seemed disingenuous. Also the trouble with an autobiographical story is that the only person that can say with any absolute certainty that these facts happened is you. I don’t doubt the authenticity of the tale, given that if anyone was going to make up this story my guess is that they would go through the trouble of making themselves sound a little more interesting.

Simply put, the 75-minute set had me at the beginning with an interesting title and its cover of an easily relatable subject. It lost me with its lack of a charismatic front man, and never recovered me due to the fact that it did not broach new territory, and the details can only be corroborated by one individual.

Jeremy Butler is a film school graduate of the International Academy of Design and Technology. He is been writing for Upcomingdiscs since 2012; however, movies have played a big part of his life for much longer. Favorite genres include horror, science fiction/fantasy, and comedy. Favorite movies are V for Vendetta, Boondocks Saints, Kiss Kiss Bang Bang, and The Godfather.
12 Days Of Christmas Giveaways – Day 5: Dick Figures the Movie From New Video Group 12 Days Of Christmas Giveaways – Day 6: Bill Cosby… Far From Finished From Paramount