Posted in: The Reel World by Archive Authors on January 24th, 2014 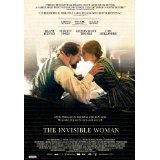 One of the most famous men who ever lived is responsible for over 200 movies and TV shows, yet there has never been an autobiographical film until now. He has been loved and revered for over 100 years, but much of his life is shrouded in privacy due to the constraints of the times in which he lived. The books Oliver Twist, A Tale of Two Cities, David Copperfield, Great Expectations, A Christmas Carol and others are towering achievements in English literature. We finally can now see what Charles Dickens might have really been like.

Dickens was a good-natured, goodhearted, and hardworking author who seemed to be always in motion and focused on producing and being positive. He had 10 children, and his memories of a difficult period in his youth always motivated him to be earning and never be poor. He achieved his goals but stayed on track to always try to maximize his impact and effectiveness. As a result he was like a rock star of the late 19th century in the level of his popularity.

The Invisible Woman shows Dickens in the last 13 years of his life before his death of a stroke at age 58. He had become sadly distant from his wife and the mother of his children. She never seemed very connected to the vibrant mind of her husband. When he was 45 he met a young 18-year-old actress who was in one of the plays he supervised and participated in. Her name was Ellen Ternan.

The film is directed by Ralph Fiennes, who also plays the great man. Ellen Ternan is played by young Felicity Jones. The depiction is a positive one in which Dickens was a gentleman but could not deny the hold that the intelligent and serious young woman had on him. His marriage had been loveless for a long time, and he slowly decided the only chance for happiness was through this young woman. Divorce was completely unacceptable for a man such as Dickens, so he spent those 13 years trying to hide any trace of his relationship with Ternan. They did have a child who was stillborn. He burned all his correspondences with her so they would not fall in the wrong hands. They were in a horrific train wreck together in which he had to pretend to be alone so as not to invite scandal.

The film is very austere and slowly paced, which seems perfect to depict the reality of Dickens’ life and times. Every location seems remarkably real and faithful to what we would believe life would be like at the time.

Truthfully, the film is more about the life of Ternan during those years and the years following. She was a highly intelligent young woman who was a much better match in temperament and faculties with Dickens than Dickens’ wife. She was also acutely aware of the impropriety of the union and struggled with the notion of what seemed like an impossible relationship. Dickens, on the other hand, was hopelessly smitten and unable to give up on her. Dickens continued working harder than ever, but his health did start to fail. He did provide ably for all his family members, including his wife and children and sisters, and Ternan.

Ralph Fiennes just played Magwitch in Great Expectations, released a year ago. In directing this film, Fiennes plunged himself into all things Dickens. Fiennes has said in interviews, “I didn’t really know much about Dickens.” Fiennes and Dickens seem like a perfect match. This is Fiennes second film as director/star after playing the lead and directing Shakespeare’s Coriolanus. This kind of total immersion and control has paid off, especially for one who surprisingly knew little of this beloved figure initially (and the control allows him to cast friends like Kristin Scott Thomas, his co-star in The English Patient). Much like the Dickens in this film who relishes multitasking as a stage director, orator, actor, tireless philanthropist, and philanderer, Fiennes clearly enjoys being an actor/director. His total commitment and involvement is very evident on the screen, where he very much embodies the energy and vitality of the great man.