Posted in: The Reel World by Archive Authors on March 28th, 2014 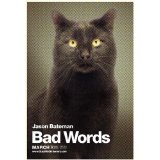 Jason Bateman was born in 1969. He was working as an actor in 1982 on Little House on the Prairie. Then he went on to Silver Spoons and The Hogan Family (also known as Valerie). His sister, Justine, was doing well on Family Ties. Jason went on to become an adult. He grew up and became well liked on Arrested Development. That is always the hard part in the career of a child actor; making the transition to becoming a successful adult actor. He has been careful with his career, taking good supporting roles in films rather than stupid and unconvincing starring roles. Some of the roles he has done recently include Horrible Bosses (and Horrible Bosses 2), Juno, The Switch, The Kingdom, The Break-up, Hancock, Couples Retreat, Extract, The Change-Up, Paul and Identity Thief. It’s a good run which has led up to what he really wants to do: direct.

Bad Words is the first film Jason Bateman has directed. He also stars, but he did that because that’s how he gets the movie made. It is, actually, one of his best performances. He had a good director.

Bad Words is a very calculated movie. It presents a unique situation with many controversial elements. It also presents a very unlikable main character and doesn’t explain his bad behavior for most of the movie.

Bad Words is about a 40-year-old who wants to compete in a national spelling bee. All of his competitors are pre-teens. That is what the competition is designed for. Guy Trilby (Bateman) has found a loophole and is challenging the national spelling bee with the help of a reporter from an internet publication. The reporter (Kathryn Hahn) is abused and humiliated by Trilby even though she is funding his quest. Trilby uses bad words with everyone, including the pre-teens. Trilby is a misanthrope and malcontent. Why is he doing this? He is trying to prove a point. He wants to prove he can win. There is something else going here, but we don’t find that out until later.

A large part of the movie is his relationship with one of the other contestants. Chaitanya Chopra (Rohan Chand) is a sunny and motivated Indian 10-year-old. He seems to genuinely desire a friendship with the nearly psychotic Trilby. Trilby doesn’t seem to want a friendship with anyone and especially not any of the young contestants. Trilby repeatedly finds ways to psych and undermine his diminutive combatants. Chopra proves to be up to the challenge. Trilby never condescends to any perceived weaknesses or imbalances. Trilby is someone who is very intelligent and realizes what he’s doing is crazy. He feels he has no choice. He is driven by a deep-seated need.

One of the pleasures of the movie is that it doesn’t try to make this character likeable, but he does have likeable qualities. He is intelligent, and he is honest. He is a fighter. Many people will fear that he is mean and unfair. That makes the movie a fun thing to see with someone else. I’m sure many people will have different reactions to this movie and this character.

Bad Words is a comedy, and it is funny. I say that because I see a lot of comedies that are not funny. It is also witty and sharp, which is also rare. Everything seems grounded and real even when the situations seem outlandish. The cast is great including Allison Janney and Philip Baker Hall. I will include a warning. Bad Words is about a character who is not likable. Some people will come to like him (and I include myself). Others will never forgive him for some of the terrible things he does in the movie. It takes bravery to make a character this well defined who seems to be so irredeemable. I think he redeems himself, but it is easy to say he goes so far to the dark side that he doesn’t make it back. You have been warned.