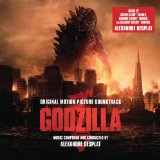 I still remember the night I walked out of the screening of the Roland Emmerich version of Godzilla.  I can’t remember a time I had ever been so angry at a film.  It was a film that was an insult to the monster that I had held in such high regard right alongside King Kong.  Sure I had seen the trailers, but when I saw that first reveal of their “Godzilla” I cringed; I hated it.  Had the film been called anything else perhaps my loathing towards it would have been different, but it was a film that was foolish enough to hold the name of Godzilla.  Now it’s been over 15 years and Hollywood is taking another stab at presenting us with an Americanized version of Godzilla.  And this time they nailed it.

Let me just start off by saying Godzilla is meant to be seen on the IMAX and on the biggest screen you can catch it on.  This is an experience to see on the giant screen where you can take in The King of All Monsters and the destruction and chaos he brings.

Its 1999 when our film begins, a team from Monarch arrives in the Philippines where they make perhaps one of the grandest discoveries in archeological history.  Monarch isn’t just your average team of scientists, but instead they are a team that specializes in the history and research of giant beasts like Godzilla.  It’s at this first site where we get a glimpse at the scale of the creatures that will be in the film as they discover the skeletal remains deep within a crater; here is also where they find an egg to something you just know you don’t want to be around for when this thing hatches.

At the same time but in Japan Joe Brody (Bryan Cranston) is in the middle of a panic as he is getting readings that seem to imply that something massive is about to occur, and he wants to have the nuclear power plant where he works to shut down.  He’s in such a hurry he doesn’t notice his son who simply wanted to tell his dad Happy Birthday before having to go off to school.  The guilt of missing this hurts Brody, but he knows there are more urgent matters at play.  He and his wife Sandra (Juliette Binoche) work together at the plant, and it’s his wife who suits up to investigate things for her husband.  Something of course goes wrong that results in the death of his wife as well as the destruction of the plant.

All this isn’t just a simple hook to kick this film off.  Instead it is a well told and executed sequence that helps set up the heart of the film.  Because as the film jumps ahead to present day, Joe’s son Ford (Aaron Taylor-Johnson) is a man who carries the scar of losing his mother so tragically and in a large part his father as well.  While Ford has joined the military and specializes in bombs (this comes in handy later), Joe has become obsessed with uncovering the mystery behind what happened that disastrous day in Japan.  Ford has a family of his own now and wants nothing more than to be the loving and supportive dad as well as tend to his loving wife Elle (Elizabeth Olson), but all that changes when Ford gets a call when his father is arrested, and it takes him back to Japan.

Not nearly enough time is shared between Joe and Ford; this story is what had me hooked, and seeing the two venture out into the quarantine zone that has been untouched by man for 15 years is just a thing of movie magic.  This is a world where director Gareth Edwards shone in his first feature film Monsters, but now he’s been given millions to simply just go crazy, and he delivers so well.

It’s also in the quarantine zone where Joe and Ford come face to face with what is responsible for the death of their wife/mother.  Overseeing the quarantine zone is Monarch official Dr. Ichiro Serizawa (Ken Watanabe).  But before Dr. Serizawa and Joe can talk, things are getting bad.  The egg from 15 years ago is about to hatch, and what comes out no one should be around for.  This first monster reveal is just perfect and damn near terrifying at the chaos it is responsible for.

From this point on the film asks you to take a leap and ignore how coincidental everything gets. One thing is for certain, you want to avoid Ford Brody and his family at all costs, because it seems anywhere they go, monsters and disasters occur.

When Ford makes a stop in Hawaii on his way home, this just so happens to be where the first Muto arrives to cause some giant monster mischief.  But it is here that Godzilla makes his amazing reveal and where we first see these giant monsters collide.  Last year I went a bit crazy over the film Pacific Rim and its giant monster vs jaeger battles.  Well, here Edwards delivers a confrontation that is on par with those and still continues to tease the audience with more to come.  It’s the way he teases us with the monsters and their altercations that builds the anticipation to what we can only expect to be epic.

As for Godzilla and how he is executed this time around, we are well beyond the days of Claymation and having a man in a suit.  This is also not the iguana-looking thing that Emmerich gave us either.  What we have is THE Godzilla, a godlike creature that has been around since before the dinosaurs and is the world’s protector whenever the world seems to have gone out of balance. What I did notice and appreciated was the look of awe that comes from the children in the film when they see these giant godlike creatures.  For so long I imagined these creatures with that childlike wonder, and that is just what this film sparked inside me.  The wonder, hope and fear that these creatures could one day walk the earth and do battle in our metropolises is the stuff dreams are made of and Gareth Edwards has now realized for the big screen.

Where the big payoff comes, is in the final thirty minutes of the film when Godzilla and the Muto creatures collide in San Francisco; this just happens to be where Ford’s family lives.  The fight is the spectacle that it should be.  The audience I saw this with cheered in all the right spots, and there are plenty of those moments.  The scene, though, that has haunted my thoughts since leaving the theater is the Halo drop sequence.  The perspective from behind the oxygen mask as they descend through the clouds and into the heat of battle between Godzilla in Muto is simply stunning and beautiful and accompanied by a rousing score by Alexandre Desplat.  It’s been awhile since a score has jumped out at me, but this one delivers the impact and resonates in such a way I see it becoming one of those classics that gets attached to other trailers for years.

I’m a little disappointed with the decision to bring in a non-ToHo character for this first Godzilla outing.  I think all of us longtime fans have our own favorite monster we would have rather of seen go head to head with Godzilla.  Thankfully, though, I’m just about certain this film will be a massive success, and we can plan on seeing a sequel in the next couple of years.  When it comes to summer movies I can’t really think of what more to ask; this movie delivers and exceeded my expectations.  Already I’m ready to get in line and watch this again.  “…let them fight”.

Brent Lorentson is a horror writer and film critic based out of Tampa, Florida. With a BA in Digital Film, he co-wrote and co-directed Scavenger Hunt. His short stories have appeared in various horror anthologies. In 2019 his short script Fertile Blood will be a part of the anthology horror film Slumber Party. He is currently working on his first novel A Dark and Secret Place set to be released in late 2019. Favorite Films: Taxi Driver, Fight Club, I Saw the Devil, The Wild Bunch, Dawn of the Dead, A Clockwork Orange, Pulp Fiction, Heathers, The Monster Squad, and High Fidelity.
Million Dollar Arm The Monuments Men