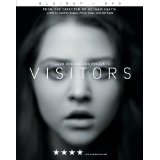 Godfrey Reggio made Koyaanisqatsi in 1983. It was followed by two other films, Powaqqatsi and Naqoyqatsi. The trilogy of films were all scored by Phillip Glass and filmed by John Kane. They are the Hopi Indian words for imbalance, transformation and war. Nothing like them has penetrated the culture to such a pervasive extent. Their subversive content is unchallenged. They stand alone, and to say they are unique is a massive understatement. If you have seen them, you know what I mean. If you haven’t seen them or are not aware of them, it is unlikely you ever will see them. They are non-narrative ocular extravaganzas. They are visually and orally spectacular, but there is no story.

When I say there is no story, I mean that each image is a story, and the collective images are for you to decipher. They are probably the most disseminated art projects of the last three decades, but the medium is film. It is highly conceptualized and rigidly thought out, but it is up to you the viewer to truly unlock it. Its meaning is fluid and open to interpretation. In other words, don’t see these films if you don’t have an open mind.

Visitors is the fourth film by these collaborators, and there is a major shift in focus. First, the pace has been slowed. There are 74 shots in the film which requires us to examine each shot carefully and leisurely. The average image in most movies is six seconds. The other films conveyed frantic activity that seemed to suggest we were not in control of our environment. Here we see mostly faces staring back at us. They are filmed in beautiful and precise black and white. It was originally displayed in the 4K process for pristine large-screen viewing. The faces all seem to reveal complexities as we look at them, but most people who are not prepared will find it a mystifying experience.

This clearly not for everyone. But it should be. People should be open to experiencing something they are not ready for. This is a unique opportunity to examine the human face in a new way. The film is more than that, but it is not for me to pinpoint exactly what that would be. Luckily Reggio provides an excellent set of featurettes that complement the film. It is not only faces, but sometimes other images float through. It starts and ends with the face of a gorilla. For a time there is an eerie stillness to each image, but then it loosens up. We often see textured old buildings with their windows staring back at us. We see the moon at the beginning and end. Some faces are moving in ultra-slow motion. Some skies move in fast motion. Through it all the film is governed by Phillip Glass’s music. The whole experience is otherworldly and extreme. When I say extreme, I mean the conception of the film is uncompromising and not affected by the cultural norms.

The commentaries are helpful to explain the intent of the movie. Reggio says you should come to this and stop trying to make sense of things and let it wash over them. Reggio says that the three characters in the film are gorilla, human and cyborg. Reggio wants us to really look at these faces as they confront us with their stares. If you look at a face long enough that it seems strange, then you are seeing it for the first time. Reggio is fully immersed in the philosophy of his intentions. He uses Kane as his eyes and Cage as his ears.

In his previous films, Reggio showed how we were trapped in a frantic technological world. The impression was of a speeded-up treadmill. With Visitors, he wants us to slow down, which he knows will make us uncomfortable. The pace and the uncompromising and pristine esthetic are an attempt to make us monks in a monastery to force deep contemplation. The stiller and more quiet we are, the more our senses are heightened. Glass, Kane, Reggio and producer Steven Soderbergh all offer their thoughts on the meaning. Ultimately, you as the viewer will have to make this strange journey yourself and derive your own meaning. This is not an easy journey and is not for the cinema novice. Be careful.