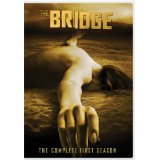 “We have some interesting times ahead of us.”

This is really the tale of two cities; no, not those cities. But like the Dickens character, we are dealing with two different countries, and while neither is going through a revolution, they are two very real and disparate places indeed. Juarez is in Mexico (the state they named those annoying little yip-yip dogs after). Here there is poverty and crime on levels that would make most Americans shudder. There is corruption that runs through every aspect of government. Here most of the police are bought and completely owned by the drug cartels. Here literally thousands of young women and girls disappear or die each year. Americans come here to sin and leave it behind them when they cross the border again.

On the other side is El Paso in Texas. It’s a typical Texas town with a relatively honest police force and comfortable homes. Here the citizens are protected by laws and the firepower to enforce them. Here there is waste and little want. Here there are only a few more than a dozen women killed each year. They are indeed different places, and they are separated by The Bridge.

The series begins with an hour-long pilot. We’re talking actual running time. The body of a prominent American woman is found straddling the boarder between Juarez and El Paso… between Mexico and the United States. Both sides have sent detectives to investigate. El Paso sends Detective Sonya Cross, played by Diane Kruger. Her Mexican counterpart is Detective Marco Ruiz, played by Mexican actor Demian Bichir. There is a bit of an issue over who will take the case. The victim is a hard American judge, and Cross wants the case. Workloads in Juarez being what they are, Ruiz is more than happy to let her take the case. The two clash over allowing an ambulance to cross the border with a dying heart attack patient aboard. Cross is too by-the-book and shows no sympathy, while Ruiz allows the vehicle to cross. This clash would be meaningless if it all had ended there. Of course, it doesn’t.

When it’s discovered the body is actually two halves of two different victims, things get complicated. The lower half belongs to one of those hundreds of missing girls in Juarez. Now the two must work together, leading a task force that will wind their way deep into this morbid mystery.

It’s all based on a Danish series of the same name (once translated). There the bridge separates Denmark from Sweden, and the American version of the show contains pretty much the same characters with very much the same paths. There are stark differences, however. The biggest and most effective doesn’t have to do with characters or story. Originally the show was conceived as taking place between Canada and the United States. That would have been almost the same show. The last-minute choice to go to the southern border is what defines this show in almost every way. Certainly, there are both cultural and even wealth differences between the US and Canada, but nothing on the scale that exists between Mexico and the US. Once the decision was made to use this location everything changed, and a show that might have been more your typical police drama becomes something so much more.

The series takes us into the seedy side of the border. Illegal immigration is a political hot button these days, and after spending a season watching The Bridge, it’s no mystery why that is. The filmmakers take the cameras into the heart of both cities, and then smartly allow these contradictions to reveal themselves. There’s no need to overdramatize these two cities. They speak for themselves. Both sides of the argument are well represented here. Once you see the conditions in Juarez, you understand why someone would risk everything they have, including their lives, to get across. You can’t help but sympathize with these people. On the other hand, it’s also easy to see how this issue is changing the lives of the people who live in these border towns. They are losing their grip on their own culture and safety. The killer in our show moves freely between these borders, and in the end no one is safe on either side of the border.

Once you allow yourself to be immersed in this environment, it’s up to the cast to complete the illusion, and they do that completely. Diane Kruger is instantly unlikable as Sonya Cross. She appears completely void of emotion and too mater-of-fact in dealing with people. Apparently she has autism. The show never mentions this, but it is covered in the commentary tracks and extra features. I would not have guessed, as she doesn’t fit the description I’ve encountered of the disorder. There are no outbursts, but she does appear to fiddle with her hands a bit. I hope that’s not really an identifiable symptom, or I’m in deep trouble. She makes the viewer uncomfortable just as the character does to those around her. If that’s the goal, you have to give the actress credit for going all in here. She gets a little softer, but not much, when she discovers to her own surprise that she has become Marcos’ friend. There’s also a back story that explains some of the odd behavior. Her sister was murdered, and she wears her jacket even though it doesn’t fit well, and she doesn’t like horses, which are the theme of the piece. She drives her truck and leaves a stuck mix tape inside because it was the last thing her sister was listening to. The beautiful part of this story arc and our knowledge is that most of it is sold to us by her acting and not necessarily a lot of exposition. I always love characters when I learn who they are with less explanation. It’s a solid performance that you’ll grow to appreciate no mater how uncomfortable Cross makes you feel.

Demian Bichir isn’t very well known in the United States, but he’s quite the name in Mexico. He had a pretty good run in Weeds, but most of his credits fall below the border. It’s a natural selection in more ways than one. There’s an authenticity with this character that comes not only from his nationality. He makes it look so dang easy and natural. It never looks like he’s trying, and while he’s not as morally “good” as Cross, he’s a much more likable character. We get to see his home life as a contrast to Sonya’s self-imposed isolation. When it starts to fall apart, we see real changes in the character that make this a truly memorable performance. Marcos is not a static character, and he does things that won’t paint him in a good light. We still grow to care and relate to him in spite of the cultural distance. He’s not the Luis Goodman stereotype we love to laugh at. He’s complicated and a crucial part of this drama. The chemistry the two share took me by surprise. It was so very awkward at first, but it became such a natural thing before I knew it.

The supporting cast includes Annabeth Gish as Charlotte. She’s a widow who was trying to get her husband to the hospital on the night of the murder. When he dies, she finds she inherited a fortune, a ranch, and an illegal deal with a powerful group of Mexicans. She calls in her friend Ray from her Tampa days. Ray is played by Brian Van Holt, and he sees his own way to profit while helping her to stand up to the cartel.

Thomas M. Wright plays Steven Linder, who is an on again/off again suspect in the murders. Whatever he is we’ll discover a little over time. Wright plays him with a rather annoying Billy Bob Thornton Swingblade drawl, but he’s a train wreck. He’s the bad accident on the interstate that you just can’t keep yourself from looking at.

Matthew Lillard has one of the show’s most pivotal roles. He plays reporter Daniel Frye, who has some kind of relationship with the killer. For some reason the killer has picked him to send taunts and information to. It doesn’t help that Daniel is a drug addict who will use anyone for a story. He’s a hard guy to feel sympathy for and is used to move the story when it begins to slow down.

All of these characters are on a converging road that will appear to be completed in the third-to-last episode. You will find out who the killer is and what his connection to these victims and other characters happens to be. But what looks like a satisfying season finale only leaves us with a couple of more episodes to reveal an even deeper mystery. The Bridge is like an onion. You keep peeling away layers only to find that there are so many more to be found. Yes, the mystery is solved, but you then discover that’s not what the story was about after all. Characters experience tremendous loss, and they are changed with almost every episode. This is as realistic as it gets.

You have to pay attention. There’s a lot of Spanish with English subtitles. These get distracting and aren’t always consistent. I discovered they were filmed in both English and Spanish. I suspect every now and again an English take was better, because they change even in an intimate conversation between Marcos and his wife. You also have to pay close attention, because there are so many nuances to this story. You never know what trivial little thing will show up again with a much greater meaning than you could have guessed. This isn’t good background viewing. You have to commit yourself to the show. If you do, it’s quite rewarding. It’s the television version of an iceberg. What you get on the surface is only a small percentage of what is actually going on, and much of that is wonderfully planted misdirection. The heavy lifting here is the smart writing that keeps so much under the surface.

The set contains 13 episodes on four discs. Extras include 20 minutes of deleted scenes and another 20 minutes in an inside look. There’s a look at the Juarez real city locations as well. It’s a good show that I’m looking forward to seeing much more of. As long as they keep making these outstanding episodes, I’ll keep watching them and reporting back to you. “This will be our arrangement moving forward.”

Gino Sassani is a member of the Southeastern Film Critic's Association (SEFCA). He is a film and television critic based in Tampa, Florida. He's also the Senior Editor here at Upcomingdiscs. Gino started reviewing films in the early 1990's as a segment of his local television show Focus. He's an award-winning recording artist for Omega Records. Gino is currently working on his 8th album Merchants & Mercenaries. Gino took over Upcomingdiscs Dec 1, 2008. He works out of a home theater he calls The Reel World. Favorite films: The Godfather, The Godfather Part II, The Body Snatcher (Val Lewton film with Karloff and Lugosi, not the pod people film), Unforgiven, Gladiator, The Lion King, Jaws, Son Of Frankenstein, The Good, The Bad And The Ugly, and Monsters, Inc.
No Vacancy Contest: Win China Beach: Season 3 From Time-Life and Star Vista