Posted in: No Huddle by Gino Sassani on September 30th, 2014 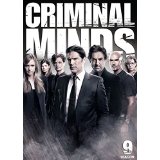 To the point, Criminal Minds is very compelling television. Ever since The Silence of the Lambs and perhaps long before, we have been fascinated by serial killers and the profilers who try to get inside their heads. To see evidence of the continuing trend, one needs only look toward the success of films like Zodiac and shows like Dexter. Of course, serial killers are not the only prey this FBI team pursues, but they are certainly the marquee item on the agenda. To be sure, there are equally disturbing subjects such as arsonists, bombers, kidnappers, and rapists to give the show a touch of variety, but let’s face it, it’s the killers that keep us tuned so attentively to Criminal Minds.

Enter Agent Rossi (Mantegna) who is actually one of the unit’s founding fathers. Agent Hotchner (Gibson) is the often stoic agent in charge who defers to Rossi’s judgment most of the time. The team also includes young Dr. Reid (Gubler), who is a genius but lacks the necessary skills to have much of a social life. Agent Morgan (Moore) is the dynamic soul of the team, possessing an unending supply of energy to drive their investigations. JJ (Cook) is the public face of the team, handling liaison duties with local law enforcement and also the team’s press relations. In a command center that rivals the bridge of the Enterprise is Agent Garcia (Vangsness) who handles the computer research while the rest of the team is in the field. Big Love’s Jeanne Tripplehorn arrived last season as a new agent. She has had a troubled past with Director Strauss. She blames Strauss for her career getting stuck in the mud and has a bit of a chip on her shoulder as she thinks her arrival at the BAU is long overdue. Together they travel to hot spots throughout the country to help local cops and feds with hard to capture UnSubs (what the team calls the criminal, and means Unknown Subject).

This season sees some more cutting-edge material. One of the show’s best sets comes as a representation of a city in the tunnels beneath Vegas. This nothing like the world CSI has shown us over the years. Here the homeless gather as a kind of literal underground community. There are makeshift services like showers and even furniture. It’s one of the most startling images, and for Criminal Minds that’s a tall order. But that’s exactly what keeps happening here and why the show is entering its 10th season. They continue to find ways to top what they’ve done before.

If that doesn’t whet your appetite, how about an episode where the unsub is somewhat sympathetic? We’re talking a person with rabies who attacks and kills because of the disease. The cast do a great job of expressing the mixed feelings of needing to protect society and the nature of the unsub’s condition. It’s one of the more chilling effects on the show, because it could happen to anyone, not just psychotics.

Blood Relations is a wonderful Halloween treat even if it did air in April. It stars Jigsaw himself Tobin Bell and Adrienne Barbeau as a pretty twisted couple. It’s Hills Have Eyes meets Family Feud, only Richard Dawson isn’t there kissing the girls and making them blush. The episode was also directed by Matthew Gubler, who, of course, plays Reed. He’s been doing a ton of directing on the show, and some of his episodes are some of the show’s best. This is one of the show’s best ever.

This season sees the 200th episode, and it’s actually called 200. It covers that time when JJ wasn’t on the show. We get to see where she was and what she was doing. It’s a full-scale military operation as she was in Afghanistan. A lot of the CBS shows visited that setting this last season. There’s torture and more action than even the action-adventure shows provide. There’s also a return of Paget Brewster as Prentiss. Sure, these are flashbacks, but it’s nice to see the character/actor again.

Finally, we get to see how Garcia became who we know. We get to see her dark goth past when she was a skilled hacker who is caught by Hotch. He gives her a chance to turn her skills to the light side of the Force. I have to believe it was a fun episode for Vangsness to play. It also features Upcomingdiscs’ friend Jeffrey Combs.

The set contains all 24 episodes and the best set of extras in the CBS family. Every single episode gets an Eyes Only feature that takes us behind the scenes for each one. They’re about 3-5 minutes each. There’s a gag reel. There’s a props feature and a look at the 200th episode. Yes, it’s a police procedural series, but there are several things that continue to make it stand out from the rest. The cast is brilliant and have a very powerful chemistry. It doesn’t hurt that the stories continue to be clever and imaginative, and the show does a pretty solid job of not repeating itself. This show is still going strong. “Permission to state the obvious?”

Gino Sassani is a member of the Southeastern Film Critic's Association (SEFCA). He is a film and television critic based in Tampa, Florida. He's also the Senior Editor here at Upcomingdiscs. Gino started reviewing films in the early 1990's as a segment of his local television show Focus. He's an award-winning recording artist for Omega Records. Gino is currently working on his 8th album Merchants & Mercenaries. Gino took over Upcomingdiscs Dec 1, 2008. He works out of a home theater he calls The Reel World. Favorite films: The Godfather, The Godfather Part II, The Body Snatcher (Val Lewton film with Karloff and Lugosi, not the pod people film), Unforgiven, Gladiator, The Lion King, Jaws, Son Of Frankenstein, The Good, The Bad And The Ugly, and Monsters, Inc.
Key & Peele: Season 3 (Blu-ray) The Midnight Special