Posted in: Disc Reviews by Brent Lorentson on October 28th, 2014 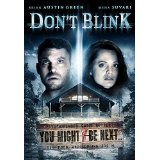 Here we have a film that knows all the rules and stereotypes of horror films, but instead of twisting things around and turning the genre on its side, we get a convoluted mess that actually had some real potential.  The film is stacked with some solid B-list actors who actually put in performances that remind the viewer why at one point these actors had relatively successful careers.  Brian Austin Green (90210), Mena Suvari (American Pie  and American Beauty), Zack Ward (A Christmas Story and Postal),  and Joanne Kelly (Warehouse 13) are some of the actors that fill this cast, all with solid resumes such that you’d expect at any point they could make the leap to the A-list.

A group of friends decide to plan a trip to a secluded resort where they plan to not just have a little fun, but a few of the characters have some big secrets that they plan to reveal.  This isn’t anything scandalous, but instead we are talking about wedding proposals as well as certain characters becoming parents in the not too distant future.  This should be a happy and memorable trip, but things quickly spiral out of control when the caravan of friends arrive at the resort and discover no one else is around.  All the group can discern is that it appears the guests and employees at the resort must have left in a hurry; after all, meals were left behind, pans still on the stove, as well as baths drawn but never taken.  But what the group finds more ominous is the lack of wildlife to be seen or heard; it’s as though they are the only living souls in the area.

Jack (Green) attempts to take charge of the group, but things only get stranger when his girlfriend (Suvari) disappears as well.  Panic, of course, kicks in as one by one the friends start to disappear without any explanation.  It’s engaging to say the least, but if you expect more to occur, well, the film decides to basically stall out at this point.  This is so frustrating to me as a viewer; sure, we don’t have to have a story spoon-fed to us, but we deserve at least something to explain what the heck is happening here.  Instead it’s as though the writer (Travis Oates) couldn’t come up with a satisfying enough explanation, so he simply decided to not address the issue.

The cast does more than show up and read lines. Everyone actually delivers some solid performances; Zack Ward is easily the standout from the group as we see him play Alex as he evolves from the smug friend to simply losing his sanity through the stress of the situation.  Along with the cast, the production value is sharp; we get beautiful scenery as a backdrop along with a large modern cabin resort.

It’s difficult to label this horror or even thriller, simply because there isn’t enough tension to grab the viewer.  If we knew what was happening to these characters, then perhaps we could be concerned, but when one of the formally missing reappears and nothing seems to be wrong with him, well, this kind of makes the threat seem not so serious.  I personally hate that there is no rhyme or reason to what is happening to these characters, and it felt as though this was nothing more than lazy writing to not give us something of an answer.

This is a case where ambiguity is not an excuse, and not something that can fairly be left up to the audience, because not enough clues are given.  The result is two thirds of a film without an ending.  If I seem angry with the film, it’s because I am. I really enjoyed the front half of this film; it exceeded my expectations and had an opportunity to be a film I’d want to tell all my friends about, because there is so much that does work for this film, if only it had the follow-through to deliver a solid climax.

Don’t Blink isn’t quite a stinker, but it abandons the viewer without anything in the way of a payoff, and this is sure to frustrate many down the road.  If this were a bad film from the get-go, I wouldn’t feel this way; I’d simply shrug my shoulders and forget the film existed.  This was a film that had momentum, and the potential to be something more, but in a blink of an eye the potential vanished along with any sort of a cohesive conclusion of the film.

Brent Lorentson is a horror writer and film critic based out of Tampa, Florida. With a BA in Digital Film, he co-wrote and co-directed Scavenger Hunt. His short stories have appeared in various horror anthologies. In 2019 his short script Fertile Blood will be a part of the anthology horror film Slumber Party. He is currently working on his first novel A Dark and Secret Place set to be released in late 2019. Favorite Films: Taxi Driver, Fight Club, I Saw the Devil, The Wild Bunch, Dawn of the Dead, A Clockwork Orange, Pulp Fiction, Heathers, The Monster Squad, and High Fidelity.
Contest: Win Plastic on DVD From Arc Entertainment Rick & Morty: Season 1