Posted in: No Huddle by Brent Lorentson on February 18th, 2015 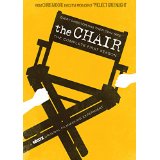 For as long as I can remember I’ve been in love with film.  Growing up in the 80’s, getting to understand the process of how films were made wasn’t very accessible unless you were lucky to catch a behind-the-scenes special on HBO or Showtime for some big new release.  It wasn’t till laserdisc and eventually DVD where the fans would be able to look beyond the magical curtain of cinema and get to see the process of how a film was made.  I still get giddy with excitement watching some of my favorite directors getting to work their magic behind the scenes. One of my favorite behind-the-scenes features Full Tilt Boogie (the making of for From Dusk Till Dawn) I credit for getting me to take a stab at filmmaking, and after all, they make it look so easy.

Over the years companies have been trying to cash in on the process of documenting the process of making a film.  When Project Greenlight emerged as a competition show about a lucky screenwriter getting a chance to make his script into a feature film, I couldn’t help but watch with fascination and the slightest twinge of jealously.  After all, anyone who’s ever attempted to write a script or make a movie would do just about anything to have that opportunity.  It’s that foot in the door that so many dream about but so few ever get the chance even to see.  Personally I was a fan of Project Greenlight, but after a couple seasons, it seems it never could quite pull in the viewers the producers had hoped for.

Now Starz is attempting to make another stab at the reality series game documenting the process of making a film, only this time it is a competition between two directors filming two movies but from the same script.  Executive Producer Chris Moore (who also produced Project Greenlight) champions this competition series that simply is an engaging look not only behind the process but about two separate directors, Shane Dawson and Anna Martemucci, as they struggle to bring their vision to the screen.

Over the span of ten episodes we follow both directors as they go through the process of rewriting the script they are both tasked to direct. We follow them all the way up to the premiere of their films to finally the announcement of who actually wins the competition.  To fill in the blanks that we may not get to see, we have members of the production team help explain some of the minutia of the process that, well, to be honest may bore some viewers who may not be as obsessed with film as others.

With filming in and around Pittsburgh, we get some beautiful shots of the city during the winter months, but that’s not what keeps you engrossed; instead it’s the drama that unfolds on screen.  The directors chosen for this project could not be any more different in not just their vision but in personality.  With Anna (filming Hollidaysburg) we slowly get to see her come out of her shell as a director who surrounds herself in production with family and friends.  It was frustrating at first watching her struggle and lean heavily on her more experienced friends, but by the time the season wraps up seeing her blossom is only part of what makes this series engaging.  As for Shane Dawson (filming Not Cool), he comes into the show as a YouTube celebrity with a massive following, and for many viewers he is a polarizing individual due to his crass and offensive sense of humor.  Some of the best conflict in the show comes from producer Zachary Quinto’s objection towards the direction Shane is taking his film.

The struggles both directors face during the process conjure plenty of drama, but Shane’s constant struggle with how people respond to the material of his film is mostly front and center.  He’s a young guy who sticks to his guns, and despite having the YouTube fame he definitely comes off as the underdog due to the amount of negative reactions he is faced with. While Anna’s greatest conflict is with herself and her insight her video diaries offer some touching glimpses that also inspire the want to root for her as well.  Despite the drastic difference in personalities, these are both individuals who attack this project in a way I feel will inspire many who may have an itch to make a movie of their own.

What’s impressive about The Chair’s experiment with these filmmakers is how we do get to see two distinct different results from the same material, Hollidaysburg being a dramedy coming-of-age film while Not Cool is a trashy sex comedy, and how the films actually turned out was a bit of a surprise for me.  When the time comes and the winner is actually revealed it does come as a bit of a surprise, but both handle the results with class, which only left me appreciating them both even more.

Every episode left me engaged and wanting to see more.  There isn’t much more you could see as from a television series, but as an added bonus to the series the DVD set also comes with both films where you can watch from home and decide for yourself which is the better film.  I really want to see this show go on for many seasons and hopefully get to see numerous other films exploring different genres as well as getting to see others and their process. After all you never know who or where the next legendary filmmaker will surface.

Brent Lorentson is a horror writer and film critic based out of Tampa, Florida. With a BA in Digital Film, he co-wrote and co-directed Scavenger Hunt. His short stories have appeared in various horror anthologies. In 2019 his short script Fertile Blood will be a part of the anthology horror film Slumber Party. He is currently working on his first novel A Dark and Secret Place set to be released in late 2019. Favorite Films: Taxi Driver, Fight Club, I Saw the Devil, The Wild Bunch, Dawn of the Dead, A Clockwork Orange, Pulp Fiction, Heathers, The Monster Squad, and High Fidelity.
Scooby-Doo! Moon Monster Madness Game of Thrones: The Complete Fourth Season (Blu-ray)