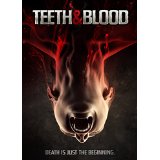 I have multiple bones to pick with this film. Normally I would start at the bottom and work my way up. However, this time I simply feel the need to address what I believe the film’s biggest flaw: giving me a false sense of hope that it might actually turn out to be a decent film. I know, I know, part of this transgression is my own fault given that I am supposed to remain impartial. However, the blame for the monumental disappointment I felt when the credits rolled cannot be put on me alone. To clarify, the reason this the biggest transgression for me is because it had all the makings of a decent movie and squandered its runtime trying to be a bigger production than it was with cheesy special effects, conflicting and underdeveloped storylines, and unnecessary characters that the story could have simply gone without.

The film started with a decent introduction. An actress diva (in every sense of the word) throws a hissy fit on set and stomps off to her dressing room and a few minutes later is found dead with two punctures in her neck. So from that point on, you know what kind of movie to expect (if your answer is not vampire, you shouldn’t be reading this review). This introduction, albeit somewhat overdone, is fine as far intros go. It gets to the point, no muss no fuss. It also allows a little bit of mystery into the plot as we are now thrown into a who-done-it scenario. From there we are introduced to one of our leads, Detective Hung. Now I can’t explain why, but I thought he was going to be the breakout star of this production. He was calm and centered, he was aware of what was happening in the city, and he endeavored to do something about it. I will touch on this character more later; as I stated, this was not a great intro, but it was solid enough to lead into the rest of the film.

It was during the middle that everything came apart. For one, we are not treated to a whole lot of character development. It just becomes a barrage of characters coming and going throughout, and we have no time to adjust to them or get to know any of them. Not to mention I can think of at least four or five characters that could have been removed altogether. Their presence does nothing but hurt the story, and the time devoted to them would have been better suited giving the audience more insight into the important characters. First on my list to cut would be the pimp character (yes, you heard correctly, I said pimp); he is not introduced until midway through the film and serves no purpose other than comic relief, and for that to be worth it he would have had to be funny. Another character to cut was casting director; she has one real scene of significance in the beginning, and afterwards she is just in the way. I could go on; however, I believe you get the point.

Another failing is the underdevelopment of the plot as a whole. The audience is dropped into the middle of situation that is never fully explained and unveiled in glimpses. We gather that there appears to be war going on between rival vampire covens, but it’s never fully explained who the covens are and what is the reason for the conflict. Further explanation of this point would have made for a more compelling story. Characters were underdeveloped as well; now back to Detective Hung. No explanation for how he knows about the covens and his motivation for wanting to destroy is left to the audience’s imagination. So much should have been done with the character. The necessity for his secrecy in the beginning was understandable, but again, the whole thing was carrying on far too long. The film lacked a true antagonist as well. I blame the uncertainty about which characters were vampires for this issue. An antagonist needs to be clear in everyone’s head so that we know who to hate. The late reveal of the film’s bad guy really hurt the overall production, as the character since the beginning lacked emotion and was quite boring. I somewhat understand what was intended. The idea was to make it someone we wouldn’t expect, or that is my assessment. If that was the intention, more time needed to be devoted to that character, and the actor should have held something back; a quiet reserve that piqued people’s interest. Instead he just looked bored all the time like he was barely interested in everything.

One belief still holds true; in the right hands this film could have really been something, but squandering of the runtime, unnecessary characters, underdevelopment of the plot and characters, kept it from really flourishing. As I said, I really wanted to like the film; there were some things I had hoped would play out but never did. Because of that, this truly isn’t a movie I can recommend to anyone.

Jeremy Butler is a film school graduate of the International Academy of Design and Technology. He is been writing for Upcomingdiscs since 2012; however, movies have played a big part of his life for much longer. Favorite genres include horror, science fiction/fantasy, and comedy. Favorite movies are V for Vendetta, Boondocks Saints, Kiss Kiss Bang Bang, and The Godfather.
Da Vinci’s Demons Season 2 (Blu-ray) The Red Tent