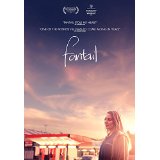 This was a peculiar one, I tell you; if I had to compare it to other films, I would put it in league with Napoleon Dynamite or The Good Girl, in regard to the way the story was told. Neither films are ones that I hold in high esteem; however, despite the dreary way that the story dragged on, I still found myself mildly interested in the story progression. Towards the middle, that is, the beginning was a bit of a snore. The majority of the film plays out within a convenience store during the graveyard shift. The main character, Tania, is the only one usually on shift, and we get to see just how boring her shifts can be. Every now and then we are treated to other characters such as the store manager Rog, or Tania’s little brother Pi, or the regional manager Dean, who has come to the store to perform an evaluation of Rog. Tania’s ultimate goal is to save enough money for a trip to Surfer’s, an amusement park, for brother and herself. I credit the character’s dedication to that goal, as it appears to be the driving force behind the plot.

Intertwined between scenes of Tania’s sometimes tedious shifts is her brother’s descent as he falls in with the wrong crowd and starts using drugs. We do not see a great deal of this subplot, and truthfully I believe that to be a mistake. The fact is the brief time spent on this fact is just a sample, enough to pique interest, and I think that a few additional minutes of the runtime should have been devoted to this subplot. The scenes we see make the character unlikeable, because all we see him do is lie, steal, and abuse drugs. The character needed more depth if it was going to resonate with audience. I think a scene showing some inner turmoil, perhaps showing him considering the advice that his sister had given him, would have gone a long way in establishing this character’s likeability.

When it comes to the central character Tania, she is the film’s heart. Here determination to earn money to provide for a simple trip to an amusement park for her and her brother is likely the most admirable thing about the movie. Then again, the budding romance that occurs between Tania and regional manager Dean is not to be ignored. Signs of the flourishing romance are evident early on; however, it isn’t until the two officially get together that the romance is of interest. Dean as a standalone character is rather boring and a bit too soft to be taken seriously as a regional manager. He bends to the employees’ will rather than the other way around.

The story, as I said earlier, doesn’t get interesting until midway through the film, because I suppose that’s when things start happening. Tania becomes suspicious of her brother’s activities, goes to find him, and learns the truth. That was an emotionally charged moment, because it also built on a lot of the already growing tension in the film about background, Tania never really being accepted as a Maori because of her paler skin complexion. I suppose that is one of the overriding points of the movie, searching for a place to belong.

I will confess being both intrigued and thoroughly confused by the film’s conclusion. Without giving away too many details, the events that transpired finally gave me the dose of action I had been looking for in the film; however, Tania’s actions were very perplexing, as no one would have blamed her for her actions, but the fact that she felt compelled to cover them up was irrational. Well, then again, trauma does weird things to people.

In conclusion, if you enjoy storytelling similar to Napoleon Dynamite or The Good Girl, you may find Fantail enjoyable as well. The beginning does drag quite a bit, so you may feel the urge to hit your stop button; however, if you push on, you may find a worthwhile movie.

Jeremy Butler is a film school graduate of the International Academy of Design and Technology. He is been writing for Upcomingdiscs since 2012; however, movies have played a big part of his life for much longer. Favorite genres include horror, science fiction/fantasy, and comedy. Favorite movies are V for Vendetta, Boondocks Saints, Kiss Kiss Bang Bang, and The Godfather.
Danny Collins Wild Card (Blu-ray)