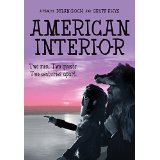 Who was John Evans? That is one of the many questions that American Interior addresses that you never knew you wanted to be answered. The more you learn about John Evans and his story, the more you will come to appreciate the beautiful intricacies woven into the tapestry that is our country’s history. In addition to a unique history lesson, the film also treats you to very stylized images and color schemes, keeping spectators engaged in both story and screen. Part narrative documentary, part concert film, part animation, and part music video: this charming film is a surprisingly pleasant ride with a Welsh musician and a dead-eyed puppet.

Directed by Dylan Goch, American Interior stars Gruff Rhys (front man of the band Super Furry Animals), who also wrote the film’s content. Having learned he is the descendent of the Welsh explorer John Evans, who came to America in search of a specific tribe of Native Americans, Gruff embarks on a unique concert tour that follows his ancestor’s trail. The concert consists of songs inspired by John Evans, as well as a slideshow about his story, as narrated by Gruff. The farther Gruff follows the specter of John Evans, the more content he adds to his performances.

As spectators of the film, we are treated to the entire performance, which is intercut with interviews with fans and historians, shots of Gruff traveling with a John Evans puppet, and music video like segments. The majority of the film is shown in black and white, and given the film’s music video content, it is not a far shot to compare this to The Beatles’ A Hard Day’s Night. Music videos and concert films have come a long way from the 1960s, and American Interior provides a fantastic homage to its predecessors, as well as what I believe to be a promising future for concert films. I would like to see more films such as this sweep the entertainment industry, just as MTV took us by storm in the early 80’s.

Though the film is impressive, it is not without faults. A little over halfway through the film, as Gruff travels closer to his destination, the focus shifts from Gruff’s concert tour to more about the Native American Tribes. While I appreciated the attention that the tribe received, it upset the overall tone of the film. Instead of getting 50% concert and 50% history lesson, the film shifts to about 20% concert and 80% lesson. While the facts remain interesting, you slowly begin to wonder where Gruff’s musical presence has gone.

If you are not a fan of Gruff’s music at first, I promise you that this film is worth sticking to. You still might not be a fan of Gruff’s songs by the end of the film, but you will be happy you stayed along for the ride. Overall, the film is a beautiful multimedia work of art that explores what it means to be an explorer. Whether it be John Evans mapping the Missouri River, Gruff Rhys exploring his ancestor’s past, or spectators exploring a new way to produce a concert film through our memories of films or videos before it: American Interior delivers multiple layers of entertainment that is worth more than just one play through.